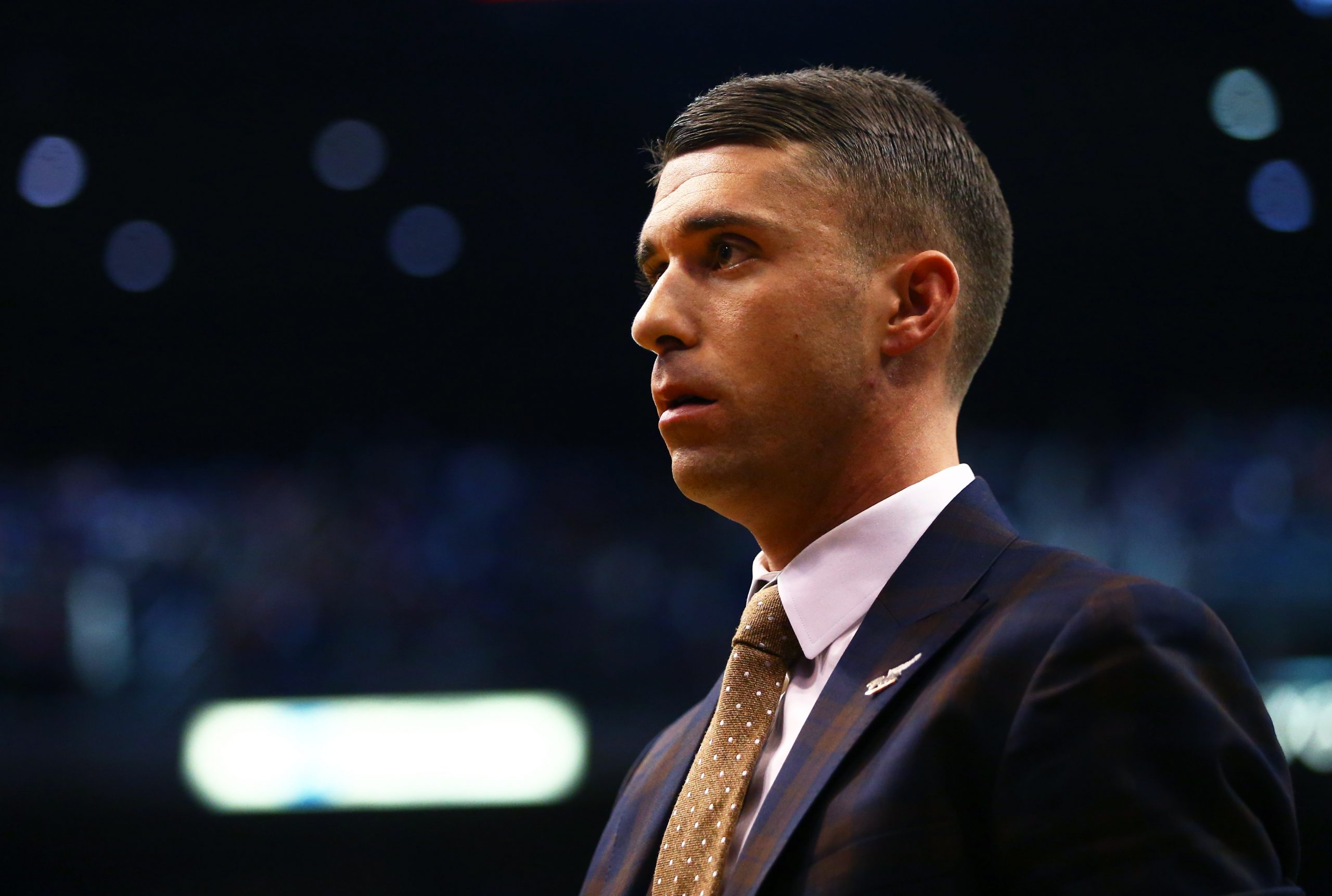 On Tuesday night, Ryan Saunders will coach his first game as “Interim Head Coach” for the Minnesota Timberwolves. After relieving former coach Tom Thibodeau from his duties on Sunday evening, Saunders is the captain of the ship. So, what can we expect with Saunders running the show for the rest of the season?

One thing was clear from Saunders and Timberwolves’ players on Monday at their media availability: they want to play faster. For a team with Karl-Anthony Towns, Andrew Wiggins, Derrick Rose, and others, their athleticism is too good to be playing outside the top-ten in pace in the NBA. With Saunders now running the show, expect the Timberwolves to play much faster. In fact, many fans have recently been upset with the play of Jeff Teague, thinking that the Wolves’ guard spends too much time dribbling out the clock on the perimeter. With a scheme change likely slowly integrating itself into the Wolves’ offense, maybe that will continue to jumpstart Teague, placing him in a more modern offense.

Will the wonderful days of the 40-minute starter nights be over? Only time will tell. Thibs had a history of playing his starters a lot, even late in the fourth quarter when the game was out of reach. The rotations could be the most immediate change that takes place. Saunders is a huge fan of Tyus Jones. I would expect to see Tyus start consistently averaging over 20 minutes a night. Saunders has a good relationship with Gorgui Dieng, so maybe he starts seeing a few more minutes, potentially alongside Karl-Anthony Towns at times. Will Saunders start Dario Saric and bring Taj Gibson off the bench? There are many questions that will need answers, but I would expect changes in the rotation, even if it doesn’t mean a change in the starting lineup.

Possibly the most noticeable part of Tom Thibodeau’s coaching tactics was his on-court demeanor. To say the least, Thibs was very animated, and not in a good way. Thibodeau did little to lift his players up over the course of the game. While Thibs typically spoke highly of his guys in the media, during the game, he seemed to do nothing to encourage their play. Take this clip from last year against the Clippers as an example. Thibs gets hit with a technical foul. Okay, that’s not too out of the ordinary. But, he got hit with the technical from yelling at his own player. That’s how bad it can get at times. Thibs is saying things to his players during games that warrants a technical foul from the refs.

As for Ryan Saunders, he is the type of guy that the Timberwolves roster can connect with. Andrew Wiggins had this to say about Saunders yesterday: “I trust him. I have a good relationship with him. I think he’s going to do a great job, especially because you can talk to him.” While it may not have been completely intended, “because you can talk to him” really sticks out in his statement. That is a big deal for players in the modern NBA, and Saunders will bring that coach-player relationship to the Wolves.

It’s going to take some time. For Timberwolves fans, don’t expect everything to be great against the Thunder, or even in the near future. However, the move to fire Tom Thibodeau and promoting Ryan Saunders is the right one, no matter how awkward the timing was.