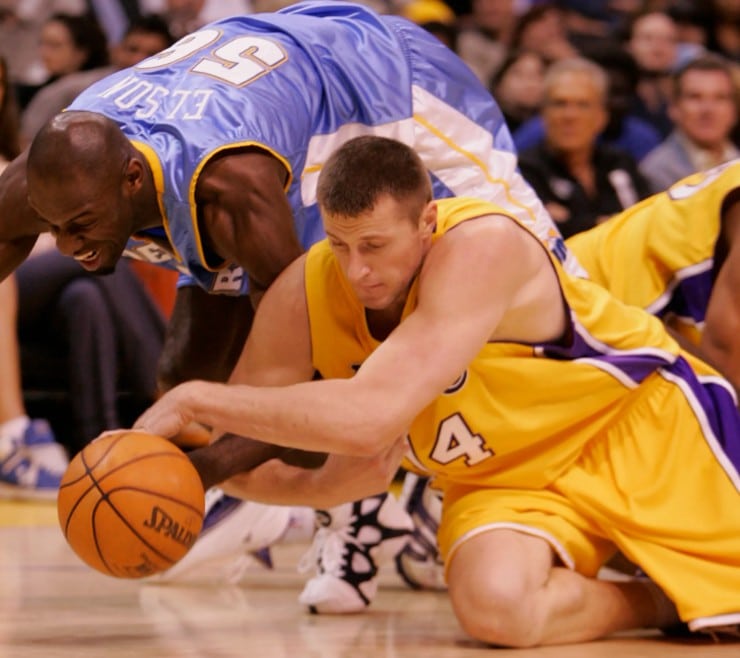 Former Lakers center Slava Medvedenko is selling his two NBA championship rings to raise money for the Ukraine’s war efforts against Russia. As a backup to Shaq, the 6’10” big man helped the Lakers win championships in ’01 and ’02.

Medvedenko was born in Karapyshi, Soviet Union on Apr. 4, 1979. He lived in what was then known as the Ukranian Soviet Socialist Republic. The dissolution of the Soviet Union occurred from 1988–1991.

Slava Medvedenko is selling the rings at SCP Auctions

The championship rings will be available at SCP Auctions through Aug. 5. Auctioneers are expecting the NBA rings to sell for at least a combined total of $100,000. Per multiple sources, Medvedenko plans to donate all the money earned from the Lakers rings to his Fly High Foundation.

According to the Associated Press, the foundation’s goal is to build and repair basketball gymnasiums for schools that have been damaged by Vladimir Putin’s Russian forces.

During an interview with the AP, the Ukrainian said, “We want to restore gyms because the Russian army bombed more than a hundred schools.” 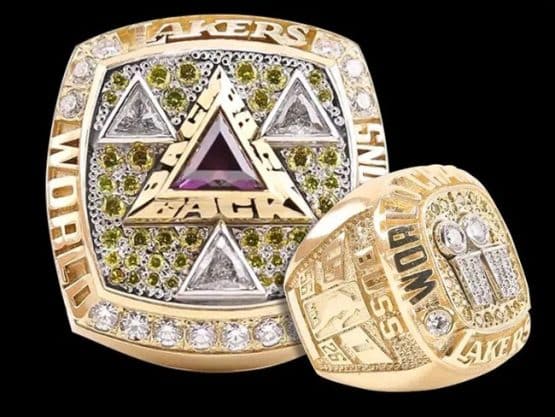 “Our country, they need a lot of money to fix the schools. Sports gyms are going to be last in the line to fix it. In Ukraine, we have winter, and kids need to play inside.”

When asked why he felt obliged to help his home country, he replied, “In this moment, I just decided, ‘Why do I need these rings if they’re just sitting in my safe?’ I just recognize I can die.”

“After that, I just say I have to sell them to show people leadership — to help my Ukranian people to live better, to help kids.”

Although a bit different, Medvedenko’s act of kindness here might remind some people of the 1994 film Schindler’s List. Oskar Schlinder donated his money and sold off personal belongings to help save Jews during World War II.

Personally, wealthy people have a moral obligation to help oppressed, impoverished and war-torn nations whenever they can.

Following his NBA career, the Ukranian pursued a career in politics in his native country. For the 2020 Kyiv local election, Medvedenko was spotted at No. 11 on the Kyiv City Council election list. However, his party won just nine seats.

In May, Medvedenko also joined the Ukraine’s military reserve to help his country fight off invading Russian forces. The nation’s military reserve is known as the territorial defense force. Before joining, he had no prior military experience.