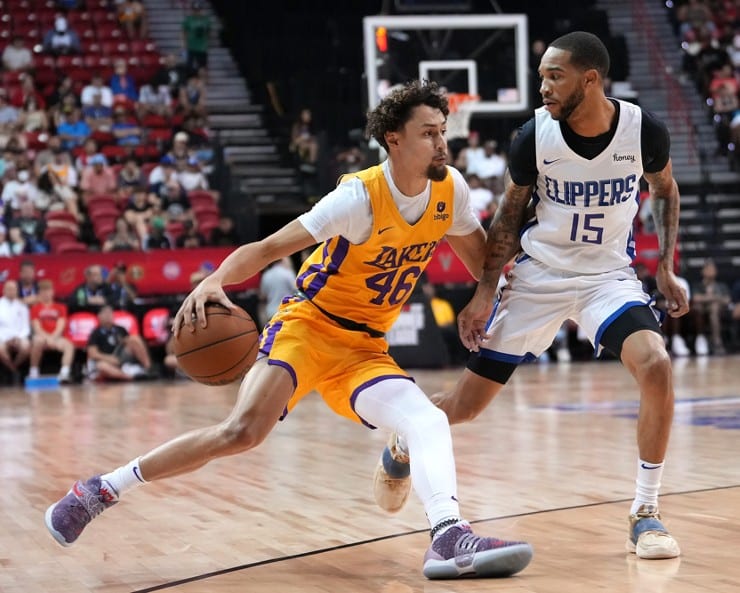 The Los Angeles Lakers have signed Javante McCoy and Fabian White Jr. to Exhibit 10 contracts. McCoy is a 6’5″ guard from Boston University. In five seasons played with the school, the Milwaukee, Wisconsin native averaged 13.1 points, 3.3 rebounds and 2.6 assists per game.

In the Patriot League Championship Semifinals, in Boston University’s 85-80 loss to Navy on Mar. 6, McCoy tied his career high in scoring with 30 points. He shot 12-for-24 from the field.

Through five seasons with Houston in the NCAA, White Jr. averaged 8.3 points and 4.7 rebounds per game. Last season, during his redshirt senior season, the 6’8″ forward averaged career-highs 12.5 points, 5.7 rebounds, 1.2 assists, 1 steal and 1.4 blocks per game.

In his first year, after averaging 5.4 points and 3.9 rebounds per game, he was named to the AAC All-Freshman Team. The forward appeared in 35 games in the 2017-18 season.

For this past season, White Jr. was selected First Team All-AAC a couple of months ago. To add to that, the forward won AAC Tournament MVP. He ranked seventh in his conference in points (474), fifth in total rebounds (216), second in total blocks (53) and fifth in player efficiency rating (23.5).

Not to mention, White Jr. led the AAC in made field goals (186). In Houston’s 71-53 win over Cincinnati on Mar. 1, the forward scored a career-high 28 points in 36 minutes of action. He shot 10-for-21 from the floor. Houston made it to the Elite Eight before losing 50-44 versus Villanova in the regional final.

The Lakers’ frontcourt can improve with this signing. More articles pertaining to Javante McCoy, Fabian White Jr. and the Lakers are on the main page.