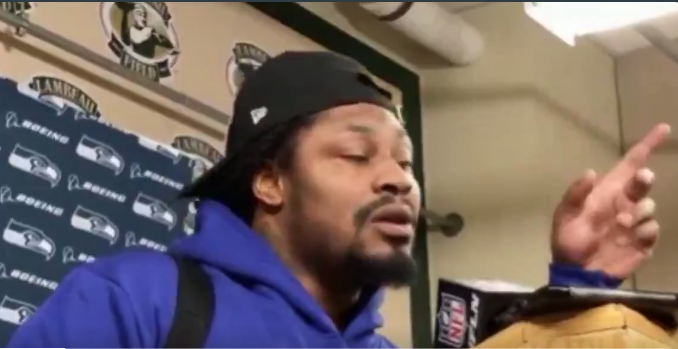 It was just one month ago that Marshawn Lynch was watching the NFL games from the comfort of his own home. In fact, he was actually serving up tequila shots at the final Raiders game ever to be played at O.co Coliseum (as you can see here).

But Week 16 injuries to Seahawks running backs Chris Carson and CJ Prosise forced the team to come calling, and Marshawn Lynch found himself back on an NFL roster.

He hasn’t really been all that effective, though, aside from being a veteran presence in the locker room, carrying the ball 30 times for 67 yards in three games of action. Lynch did leave young NFL players with some sage advice in his postgame press conference, in what was likely his final game in the league.

“Take care of y’all chicken,” he said, among some other stuff, as you can hear below.

"Take care of y'all chicken!" pic.twitter.com/sYVQmJ6b4I

Sound advice from the OG running back.