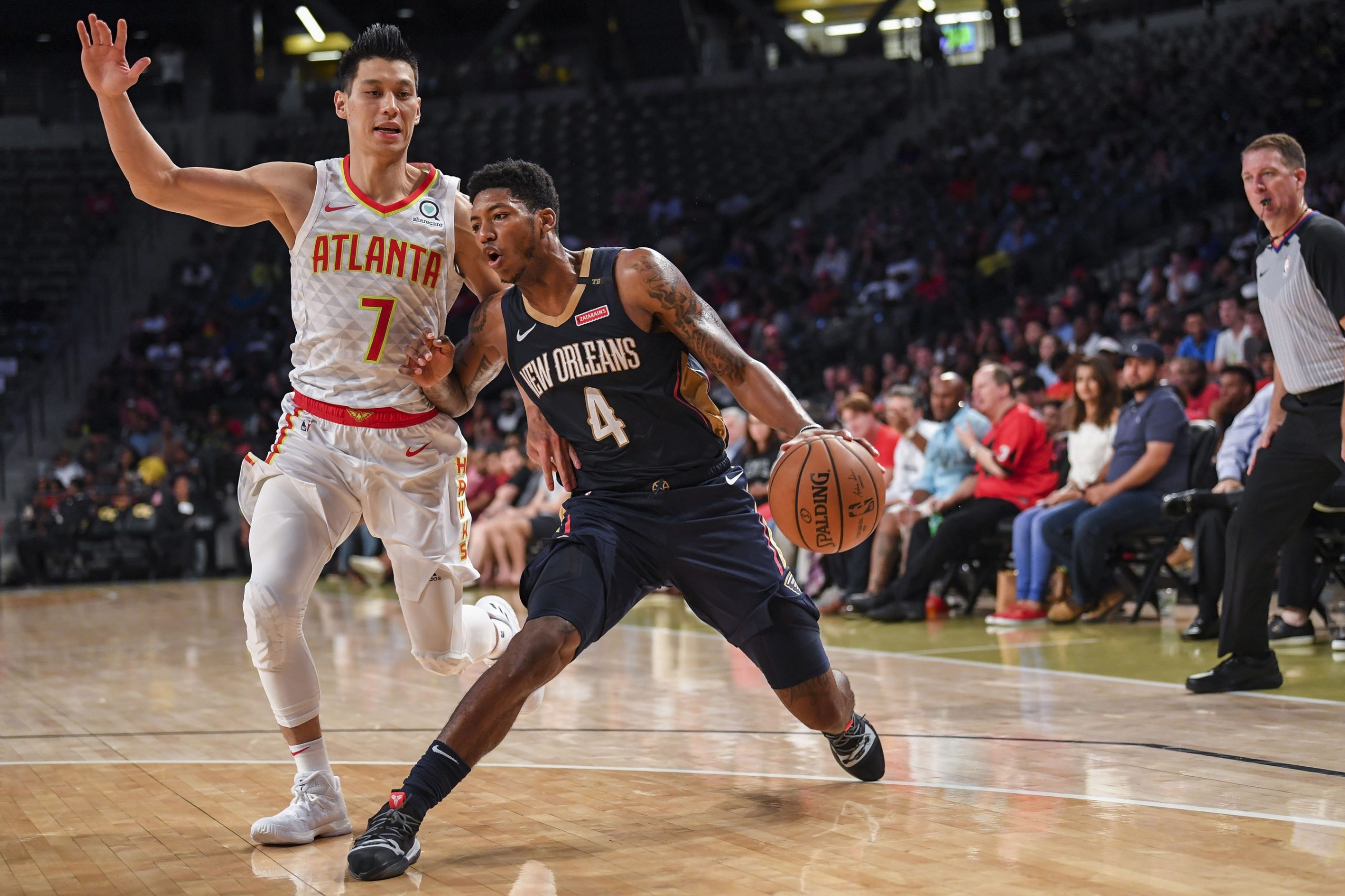 All eight teams reached the second round of the 2018 NBA Playoffs. They were the elite eight, if you will.

One should expect a healthy dose of skepticism about the LeBron-less Cavaliers. However, the Pelicans, led by the First Team All-Defensive tandem of Anthony Davis and Jrue Holiday, are surprisingly being slept on.

The argument usually boils down to the following: If Davis misses an extended stretch due to injuries, New Orleans will fall apart without him in the loaded Western Conference. But this is not really a compelling case, as the same logic can be used against every team out West besides Golden State and Houston. Utah has astounding depth at each and every position and could be thrown into that mix with the Warriors and Rockets, but the Jazz went just 11-15 in games without Rudy Gobert. If Russell Westbrook suffers a setback, Damian Lillard goes down, or the best player on any of the non-super teams gets hurt, the same concerns would undoubtedly exist. Moreover, Davis has done and continues to do what he can to become more durable. As a result he has only missed 14 games over the last two seasons.

Another argument for doubting the Pelicans that continues to be made is their losing DeMarcus Cousins, even though New Orleans closed the regular season with a 21-11 finish after trading for Nikola Mirotic. Of course Boogie wasn’t on the floor for any of that, nor was he was on the court for the team’s sweep of Portland in the first round of the playoffs. The Pelicans, in essence, just replaced Rajon Rondo with Julius Randle and Elfrid Payton. The addition of Randle has largely been lauded. But still there are no shortage of folks who feel New Orleans somehow took a step back this summer.

Ultimately, it seems like the general public has done a total 180 on Rondo, who had not been a useful NBA player since his days with the Celtics. Is 32-going-on-33-year-old Rondo that much better than 24-year-old Louisiana native Elfrid Payton? (Fun fact: Rondo and Payton share the same birthday, February 22.) Rondo definitely deserves the nod when it comes to passing, three-point shooting and overall basketball savvy. But Payton (6-8 wingspan) possesses about the same length as Rondo (6-9 wingspan) and projects as a much better defender and rim-attacker offensively. Both point guards are known for pushing the pace. That’s how they wound up  in New Orleans in the first place. Payton will put more pressure on the defense to stop his drives to the hoop, which should open up passing lanes. He’ll sky for awe-inspiring dunks, and he too can collect a triple-double.

Taking a look at their career numbers (listed below) Rondo hasn’t averaged 1.0 three-pointer per game in a single season, and Elfrid hasn’t come as close as Rajon. Regardless, no one is going to respect either of their jumpers barring unforeseen, massive improvements. Meanwhile, Rondo’s assist-to-turnover ratio (2.9-to-1) is only slightly better than Payton’s (2.7-to-1).

Given that Payton (one year, $3 million) cost the Pelicans one-third as much as Rondo (one year, $9 million) is earning with the Lakers, it’s possible that the Pelicans made an extremely prudent move. Only time will tell whether Payton will make the most of this opportunity, and how well he will fit with his new teammates. Nevertheless, with this era’s Gary Payton (Holiday) and Julius Randle on board, Elfrid won’t be the only Pelican capable of dropping dimes galore. I have my questions about Payton’s fit with a non-shooting big man like Randle. But otherwise I don’t see the cause for concern about this squad. Could they have more wings? Sure, but how many teams couldn’t? Payton, like E’Twaun Moore, has enough length and strength to switch across three positions. Holiday has always been an excellent stopper, capable of covering every position in a pinch. Solomon Hill, who has the size, speed and grit to get after it along the perimeter and inside the paint is entering the campaign healthy. Acquiring Wesley Johnson on Monday was a very wise move. Darius Miller was dynamite last year. And rookie walk-on Kenrich Williams could crack the rotation sooner rather than later.

Especially in the aftermath of a much-needed haircut, Elfrid was a low-risk, high-reward addition for a team that’s knocking on the door of contention.

In summation: sleep on Payton and the Pelicans at your own peril.