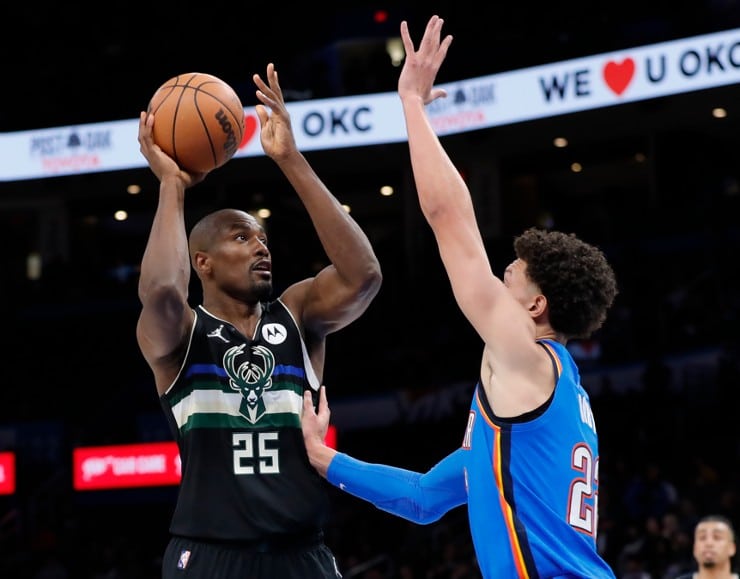 Serge Ibaka has agreed to sign a one-year deal to return to the Bucks. Under Mike Budenholzer, the forward/center saw little action in his playoff rotation. He only appeared in six playoff games last season. In the 2021-22 NBA season, Ibaka averaged 6.8 points, 4.6 rebounds and almost 1.0 assist per game in 54 games played. He shot 50% from the field as well.

On Nov. 25, 2020, as a free agent, Ibaka signed a two-year, $19 million contract with the Clippers. He earned $9,720,900 last season. As part of a four-team trade on Feb. 10, the Clippers agreed to trade him along with cash to the Bucks, while the Bucks traded Rodney Hood and Sam Ojeleye to the Clippers. To add to the statistics above, Ibaka finished with a career-low 16.2 minutes played per game last season.

Another notable effort came on Jan. 31, in the Clippers’ 122-116 loss against the Pacers. Ibaka closed out his outing with 14 points and 11 rebounds in 22 minutes played. Lastly, the one double-double he earned on the Bucks last season occurred on Mar. 6, when the team won 132-122 versus the Suns. Ibaka ended his performance with 14 points and 10 rebounds in 22 minutes of action.

Injuries have slowed down Serge Ibaka

If not for back injuries, Ibaka could have appeared in more games last season. A pinched nerve is a difficult injury to work around. “When your nerves come from your disc and go down to your legs, it’s more nerves,” explained the forward/center during an interview halfway through the 2021-22 season.

“Yeah, it’s been a very rough year for me since the beginning of the season. I wanted to play through the pain, but at some point, I could not continue to play like that.”

Moreover, as long as Ibaka is signing a veteran minimum deal, this re-signing benefits the Bucks. The team struggled to overcome injuries all throughout the season. Brook Lopez played just 13 games last season. He averaged 12.4 points, 4.1 rebounds and about 1.0 assist per game in those appearances.

Ibaka provides another option over Lopez

Plus, Khris Middleton missed the Bucks’ second-round series matchup against the Celtics due to a knee injury. In the end, Boston defeated Milwaukee in seven games to advance to the Eastern Conference Finals.

Also, it should go without saying that Sandro Mamukelashvili was a nonfactor even when he played. The second-year forward averaged 3.8 points and 2.0 rebounds per game in 41 games played. Other news and rumors pertaining to the Bucks re-signing Serge Ibaka are on main page.