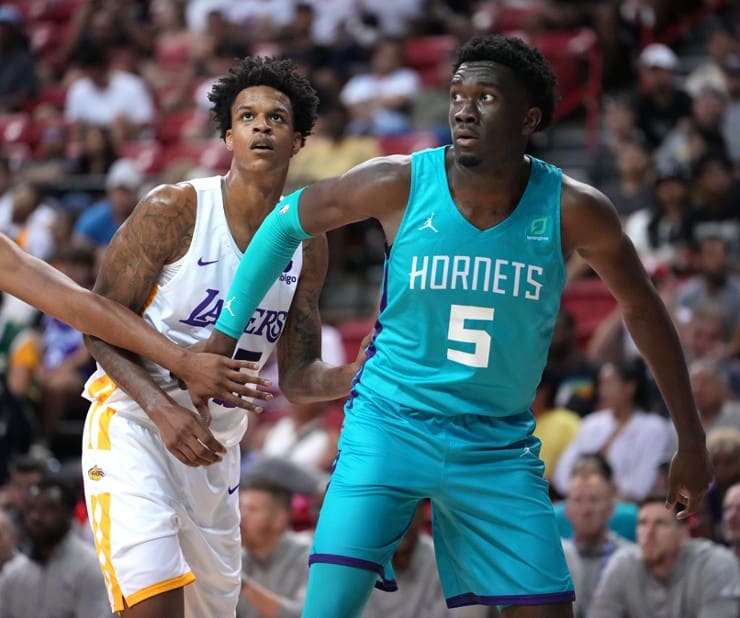 On Thursday, Shareef O’Neal signed a six-figure contract with the NBA G League Ignite. Per team policy, the terms of this deal were not disclosed. Shareef is the son of former center and Hall of Famer Shaquille O’Neal. The 6’10” forward/center went undrafted out of LSU.

In 37 games played through college at UCLA and LSU, O’Neal averaged 2.6 points and 3 rebounds per game. During the 2022 NBA2K23 Summer League, the forward/center averaged 4.5 points per game with the Lakers.

On Twitter, O’Neal tweeted this message after the signing: “VEGAS LETS DO IT !! Thank you ignite !”

When former Lakers coach Byron Scott was asked about O’Neal’s performances in the Summer League, he replied, “I think he looked a little bit out of place.”

“He wasn’t ready. I think he has a ways to go. I think the talent is there. Obviously, the athleticism is there.”

For placing bets down on rookies, BetOnline, Bovada and BetUS are among the best sportsbooks for NBA betting. Check out the available bonuses and compare the top NBA betting sites in 2022.

Shareef O’Neal creating his own shot off the bounce 😤 pic.twitter.com/mJqCcxhyIt

Shareef has a lot to live up to. He might not become a four-time NBA champion, three-time NBA Finals MVP, 15-time All-Star or receive eight All-NBA First-Team honors. But that’s only because Shaq is one of the greatest centers of all time. These are unfair expectations.

Will Shareef O’Neal have a successful NBA career?

Now, at least O’Neal was given the opportunity to succeed at the NBA level. The media puts a lot of pressure on the son(s) of some of the best basketball players ever. Look at Michael Jordan’s sons. Marcus and Jeffrey played college ball, but neither one made it to the NBA.

Plus, Scottie Pippen Jr. is another one. Needless to say, he’s the son of Bulls’ legend Scottie Pippen. The former Vanderbilt guard went undrafted last month, and the 21-year-old signed a two-way contract with the Lakers on Jul. 1.

During the Summer League, in the Lakers’ 100-66 win over the Heat, Pippen Jr. ended his performance with 14 points, 6 rebounds, 3 assists and 1 block.

Shareef might be in the G League right now, but he has the potential of having a decent career in the NBA. His size alone falls into his favor. Only time will tell. If any team could use him, it’s definitely the Lakers.

Anthony Davis is an injury-prone player at this point of his playing career. Other news stories relating to Shareef O’Neal are on the main page.