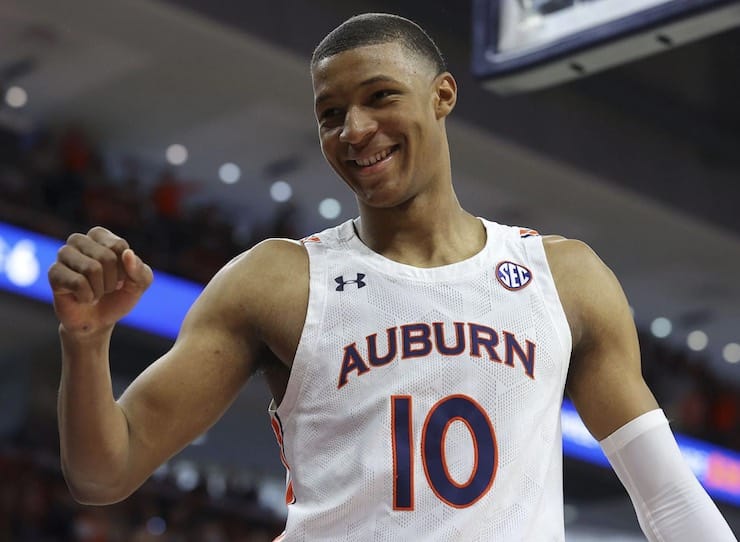 The 2022 NBA Draft was chock-full of talent. Some players will be projects who will pan out in the long run. Others will be thrust into the starting lineup on day one. This year’s draft was one of the deepest in recent memory. With all of that said, it is worth wondering which underrated prospects may shock some people to start next season. Let’s examine five NBA draft picks that could make an impact as rookies.

Every year, there is always a few rookies who come out of nowhere and make a bigger impact than expected.

Without further adieu, here are 5 under the radar prospects who will make an instant impact for their teams.

Perhaps the best pick out of the entire top 10, Jabari Smith is as NBA ready as they come.

Houston addressed one of their major needs by filling their wing spot with the 6’10 forward out of Auburn, who was favored to go number 1 overall at the best offshore betting sites.

His size will allow him to play both the small forward and a stretch four role for the Rockets as they continue to build around their young nucleus consisting of Jalen Green and now Smith himself. During his lone year at Auburn, Jabari Smith averaged 16.9 points, 7.4 rebounds, and 1.1 steals per game to go along with a three-point shooting percentage of 42.0 percent.

With potential defensively and from beyond the arc, the Rockets hit this pick out of the park considering Jabari Smith’s versatility.

One of the more underrated picks of the 2022 NBA Draft, Dalen Terry is coming into one of the best situations for a rookie.

With a strong possibility of Zach LaVine returning and DeMar DeRozan still on the roster, the Bulls are in need of players who can be effective without the ball.

Enter Dalen Terry. The 6’7 guard from Arizona is used to being in environments with high expectations and has a chance to crack Chicago’s rotation sooner rather than later.

Some of Terry’s biggest strengths include his transition game and his already mature decision making. Terry may not look like a glamorous pick on paper, but he could end up being one of the best sleeper picks of the 2022 NBA Draft.

The San Antonio Spurs may have landed another steal in the form of Malaki Branham, the 41 percent three-point shooting guard from Ohio State.

Things are unclear about Dejounte Murray’s future with the team. Branham could be an insurance policy for Murray, or he could be paired with him in the backcourt.

Regardless, this pick seems to be a home run on paper for Greg Popovich and company. Even if Branham does not start alongside Murray, he still has the potential to be a valuable backup.

If he can put on some more muscle, then the sky is the limit for Branham’s future with a successful organization like the Spurs.

The defending champions are no strangers to solid drafting.

They reloaded by selecting Patrick Baldwin Jr. out of UW-Milwaukee, a school that is not exactly a place known for churning out NBA talent. However, the potential is there and the Warriors definitely recognize it. During his one college season, he tallied 12.1 points and 5.8 rebounds per game.

On top of everything else, the Warriors are also great at developing young talent.

We did not get to see Baldwin’s true potential in college thanks to injuries, but if any team can unlock the potential of this kid, it is none other than Golden State.

Despite the Zion Williamson drama, the New Orleans Pelicans continue to make sneaky, but good moves.

They found themselves back in the playoffs last year led by CJ McCollum, Brandon Ingram, and a nice core of young talent.

Adding to that talent, EJ Liddell is the perfect fit for New Orleans. Liddell is another wing who can stretch the floor and continues to improve his game. His junior year of college at Ohio State saw him average 19.4 points, 7.9 rebounds, and 2.6 blocks per game.

His talent is very raw, but Liddell will blend in perfectly with the Pelicans’ collection of rag-tag talent on the bench.