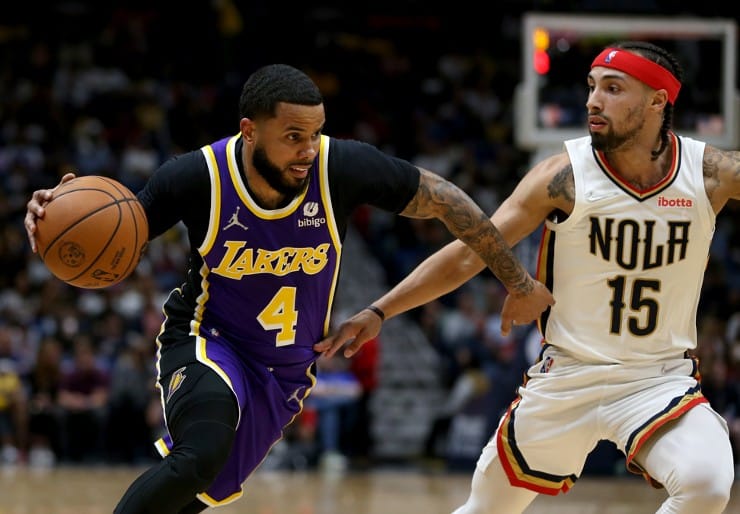 The top-10 shortest NBA players include Kemba Walker, Davion Mitchell, Kennedy Chandler, D.J. Augustin and Chris Chiozza. Keep reading to view our full list. The top-3 shortest players will likely not come as a surprise, but the shortest player has had a great NBA career. Based on height alone, NBA analysts would even argue that he should have been out of the league years ago. 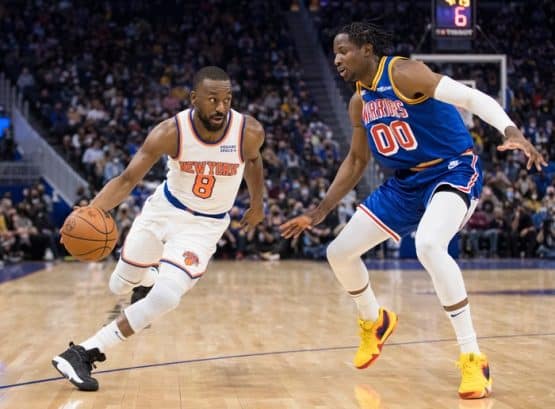 Kemba Walker is 6′ tall and weighs about 184 lbs. The guard was selected ninth overall by the Charlotte Bobcats (now Hornets) in the 2011 NBA Draft. In addition to the Bobcats/Hornets, the New York native has also played for the Celtics (2019–21), Knicks (2021–22) and Pistons. On Jul. 6, the four-time All-Star was traded from the Knicks to the Pistons. 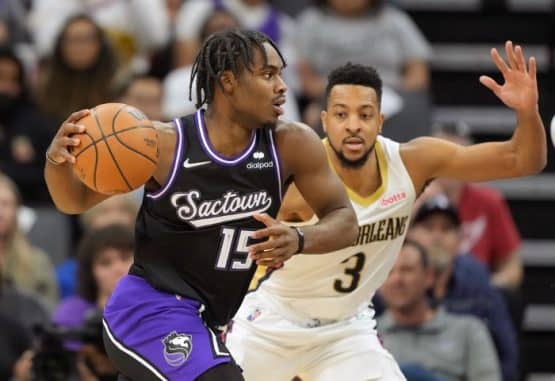 Next, Davion Mitchell is also 6′ tall and weighs 202 lbs. The guard helped Baylor win the NCAA Tournament in 2021. In the NCAA, he won Naismith Defensive Player of the Year, Big 12 Defensive Player of the Year and was selected First-Team All-Big 12 in 2021 as well. The Kings selected Mitchell ninth overall in the 2021 NBA Draft. The Hinesville, Georgia native averaged 11.5 points, 2.2 rebounds and 4.2 assists per game last season with Sacramento. 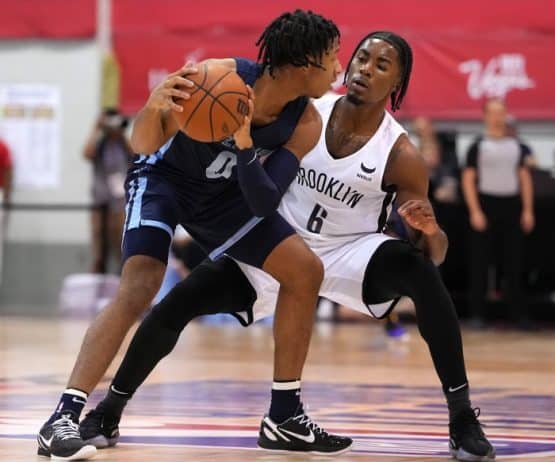 Kennedy Chandler is 6′ tall as well. The 19-year-old was selected 38th overall by the Spurs in last month’s draft. Though, his draft rights were immediately traded to the Grizzlies. In Chandler’s 2021-22 freshman season at Tennessee, in 34 games played, the guard averaged 13.9 points, 3.2 rebounds, 4.7 assists and 2.2 steals per game. Last season, he was also selected to the SEC All-Freshman Team and named to the Second-Team All-SEC. 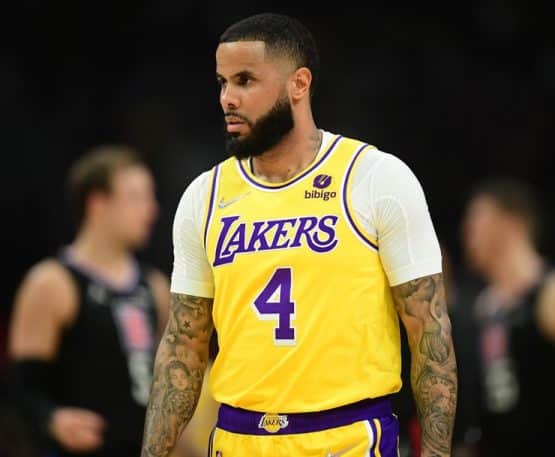 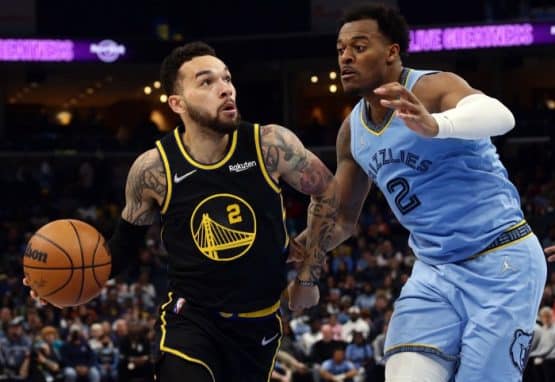 Additionally, Chris Chiozza is 5’11” and weighs about 175 lbs. The guard helped the Warriors win their fourth championship in eight years last season. He signed a two-way contract with the team on Aug. 14, 2021. The 26-year-old went undrafted in 2018.

Chiozza started off on the Rockets in 2019, and then the former Florida guard played for the Wizards. After playing for the Capital City Go-Go from 2019 to 2020, He played for the Nets before signing with the Warriors. More articles related to “Top-10 Shortest NBA Players” are on the main page. 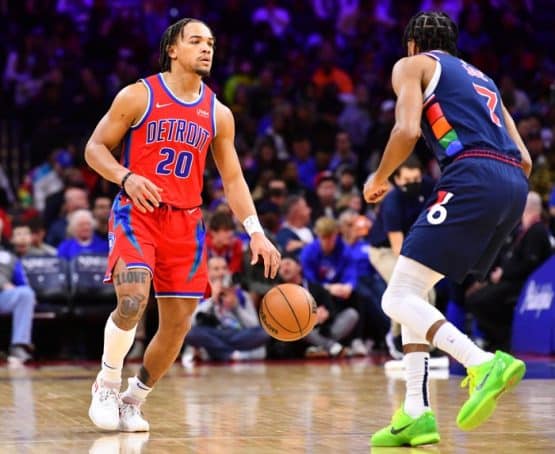 Carsen Edwards is 5’11” and weighs approximately 200 lbs. He played three seasons at Purdue before the 76res selected him 33rd overall in the 2019 NBA Draft. However, his draft rights were then traded to the Celtics.

While with the Salt Lake City Stars last season, Edwards led the NBA G League in scoring, averaging 26.7 points per game. He also finished with 2.7 rebounds, 4.1 assists and 1.5 steals per game. The guard is now a free agent, after the Pistons declined their team option on Edwards back in June. 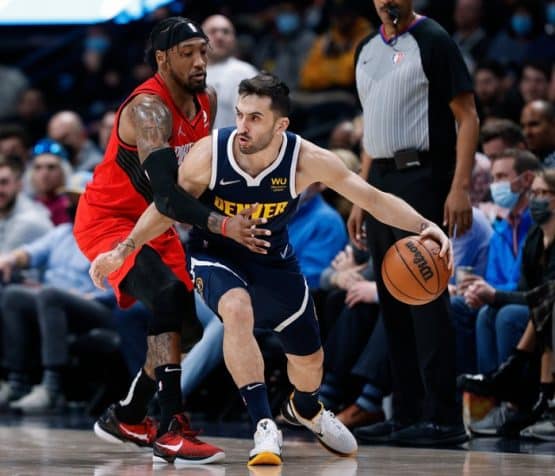 Facundo Campazzo is 5’10” and weighs 195 lbs. The guard went undrafted in 2013. The 31-year-old has spent most of his playing time with professional basketball leagues in Aregentina and Spain. Campazzo won the EuroLeague championship with his team twice in 2015 and 2018. 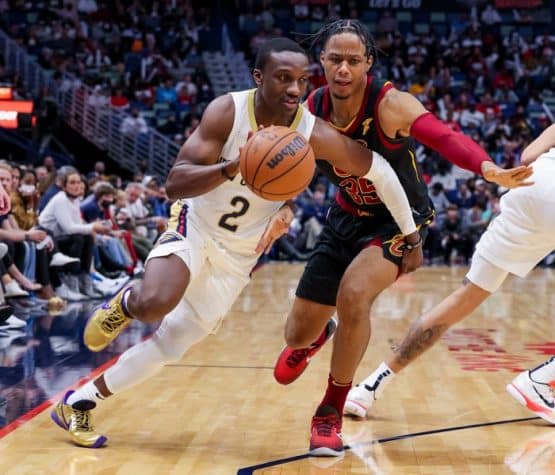 Jared Harper is 5’10” and weighs 175 lbs. After three seasons at Auburn, the guard went undrafted in 2019. Harper has played for the Suns (2019–20), Knicks (2020–21) and Pelicans (2021–22). While with the Westchester Knicks, the New York Knicks’ NBA G League affiliate, Harper was named to the All-NBA G League First Team. Last season, while with the Birmingham Squadron, the guard was selected to the All-NBA G League Third Team. 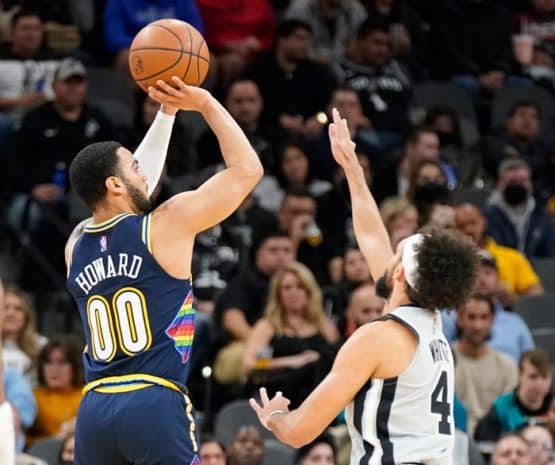 Ranking second on the list, Markus Howard is 5’10” and weighs 175 lbs. Along with Harper and Campazzo, Howard is one of the shortest players in the NBA. Nonetheless, he’s not the shortest. The guard went undrafted out of Marquette in 2020.

In the 2021-22 season, through 31 games played, Howard averaged 4.1 points per game with the Nuggets. He averaged 38.6% shooting from the field and 40% from 3-point range. Now, the 23-year-old plays with Saski Baskonia, a professional basketball club in the Liga ACB and EuroLeague. 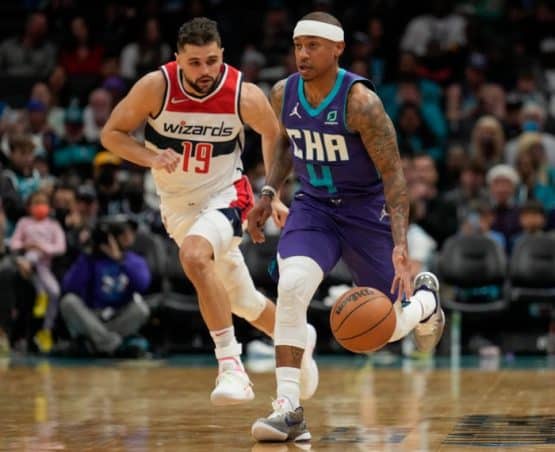 Hands down, Isaiah Thomas is the shortest active player in the NBA today. He is 5’9″ and weighs 185 lbs. Thomas has played for numerous teams over the course of his professional playing career. The guard was selected 60th overall by the Kings in the 2011 NBA Draft.

Thus far, he earned two All-Star selections in his career, and the 11-year veteran received an All-NBA Second-Team selection in 2017. After signing two 10-day contracts with the Hornets last season, the team waived him. Thomas is currently a free agent.

To read other articles similar to “Top 10 Shortest NBA Players,” go to the main page.