Analyzing the Greatest Packers Ever to Wear Numbers 86-90 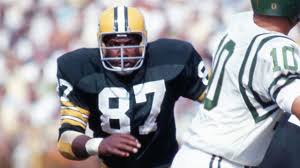 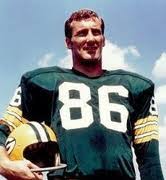 The Packers selected Boyd Dowler in the third round of the 1959 NFL Draft. The Colorado product had an immediate impact for the Packers and won the NFL’s Rookie of the Year award.

At 6’5”, Dowler had excellent size, especially for that era. He earned Pro Bowl honors after the 1965 and 1967 seasons. He provided Bart Starr with a steady and reliable receiving option during his 11 seasons with the Packers. He was also named to the NFL’s All-Decade Team of the 1960s.

Dowler caught 448 passes during his 11 seasons with the Packers and scored 40 receiving touchdowns. He also played in 10 postseason games with the Pack and added 30 catches for 440 yards and five touchdowns. He played on all five of Vince Lombardi’s title teams in Green Bay including the first two Super Bowl winners.

Dowler often came up big in the playoffs. He had two touchdowns in the Ice Bowl against Dallas in 1967 and scored on a 62-yard touchdown pass from Starr to give the Packers a 13-0 lead over the Raiders in Super Bowl II.

Dowler was injured on the first series of Super Bowl I and that allowed Max McGee to come in and dominate the Chiefs.

Dowler became an NFL scout after retiring. He was inducted into the Packers Hall of Fame in 1978. 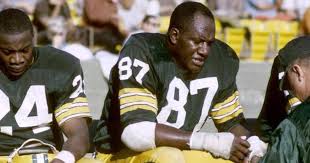 The Packers acquired defensive end Willie Davis in a trade with the Cleveland Browns prior to the 1960 season. He was a key performer and a leader on the Green Bay defense for all 10 seasons he played in Green Bay. The Packers won five titles during his time in Green Bay and Davis was a big reason for the team’s success.

Davis was quick, smart and tough. He was a five-time All Pro and earned Pro Bowl honors five times.

While sacks were not an official statistic during Davis’ career, he is estimated to have totaled at least 100 and possibly as much as 120 sacks during his tenure in Green Bay. He has also recovered a franchise record 21 fumbles with the Packers.

One of his most famous plays came in 1966 when he forced Hall of Fame quarterback Johnny Unitas to fumble, preserving a 14-10 win and clinching a division title for the Packers.

Davis earned the nickname, “Dr. Feelgood” for his sunny disposition. He was named Green Bay’s defensive captain in 1965 and kept that position until his retirement in 1969. 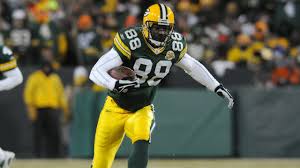 Bubba Franks provided the Packers with reliable play from his tight end position for eight seasons. The Packers selected the former Miami (Florida) star in the first round of the 2000 NFL Draft. He immediately took over as the team’s starting tight end and caught 34 passes in his rookie season.

Franks earned Pro Bowl honors for three straight seasons from 2001-2003. His most productive campaign came in 2002 when he caught 54 passes and had seven touchdown receptions. Franks also played in eight playoff games with the Packers and added 12 receptions for 149 yards and three scores in those contests.

In eight seasons with the Packers, Franks made 256 catches for 2,300 yards and 32 touchdowns. He was always a reliable red zone target for Brett Favre.

Franks spent the 2008 season with the New York Jets before retiring from football.

Other prominent Packers to wear 88 include reliable tight end Ron Kramer (1957, 59-64) who played on Lombardi’s first two championship teams and speedy tight end Jermichael Finley (2008-13) who was on his way to an outstanding career before injuries forced him to retire. 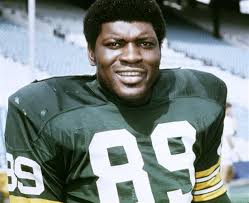 The Packers chose Penn State’s Dave Robinson in the first round of the 1963 NFL Draft. He won the starting linebacking job in his second season and made his first of three Pro Bowls in 1966. He was also named All Pro after the 1967 season.

Robinson’s best season came in 1966, the year the Packers won Super Bowl I. He intercepted five passes that season while recovering two fumbles.

One of Robinson’s most famous moments came on the final play of the 1966 NFL Championship Game against the Cowboys when he pressured Don Meredith who threw an interception in the end zone that preserved Green Bay’s 34-27 victory.

Robinson remained with the Packers through the end of the 1972 season. He was a veteran leader on a young team that won the division title that year, going 10-4 on the strength of a strong running game and a stingy defense.

After his playing career, he went on to a successful life as a businessman, owning several beer distributorships.

Other prominent Packers to wear 89 include tight end Mark Chmura (1993-99) who provided Brett Favre with a steady target during the Packers championship season in 1996 and steady wide receiver James Jones (2007-13, 15). 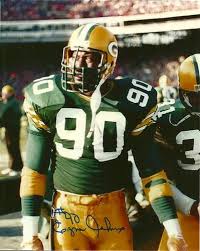 The Packers selected Ezra Johnson in the first round of the 1977 NFL Draft out of Morris Brown. The tall, lanky defensive end had great quickness and a hunger to get to the quarterback.

He became a starter in his second season and had a huge impact. Although sacks were not an official statistic in 1978, Johnson was credited with 20.5 of them that season including a five-sack performance to key Green Bay’s 13-7 road win in Week 1 in Detroit. Johnson was named to the Pro Bowl that season and became the best pass rusher on the Packers.

In 1980, Johnson was caught eating a hot dog on the bench late in a preseason game. He was fined $1,000 for the incident but head coach Bart Starr returned the money at the end of the season.

Johnson’s most productive official season came in 1983 when he sacked opposing quarterbacks 14.5 times despite the struggles of the defense that year.

Johnson spent 11 seasons with the Packers and was officially credited with 41.5 sacks for Green Bay. He finished his career with the Colts and Oilers before retiring after the 1991 season.

Johnson was inducted into the Packers Hall of Fame in 1997. After retiring as a player, he went on to coach at Morris Brown and Morehouse College.

Other prominent Packers to wear 90 include former first round pick Tony Bennett (1990-93) who gave the Packers some pass rush skills in early 90s, defensive lineman Vonnie Holliday (1998-2002) and big nose tackle BJ Raji (2009-15) who made a key pick six for the Packers in the 2010 NFC Championship Game against the Bears.