Analyzing the Greatest Packers Ever to Wear Numbers 76-80 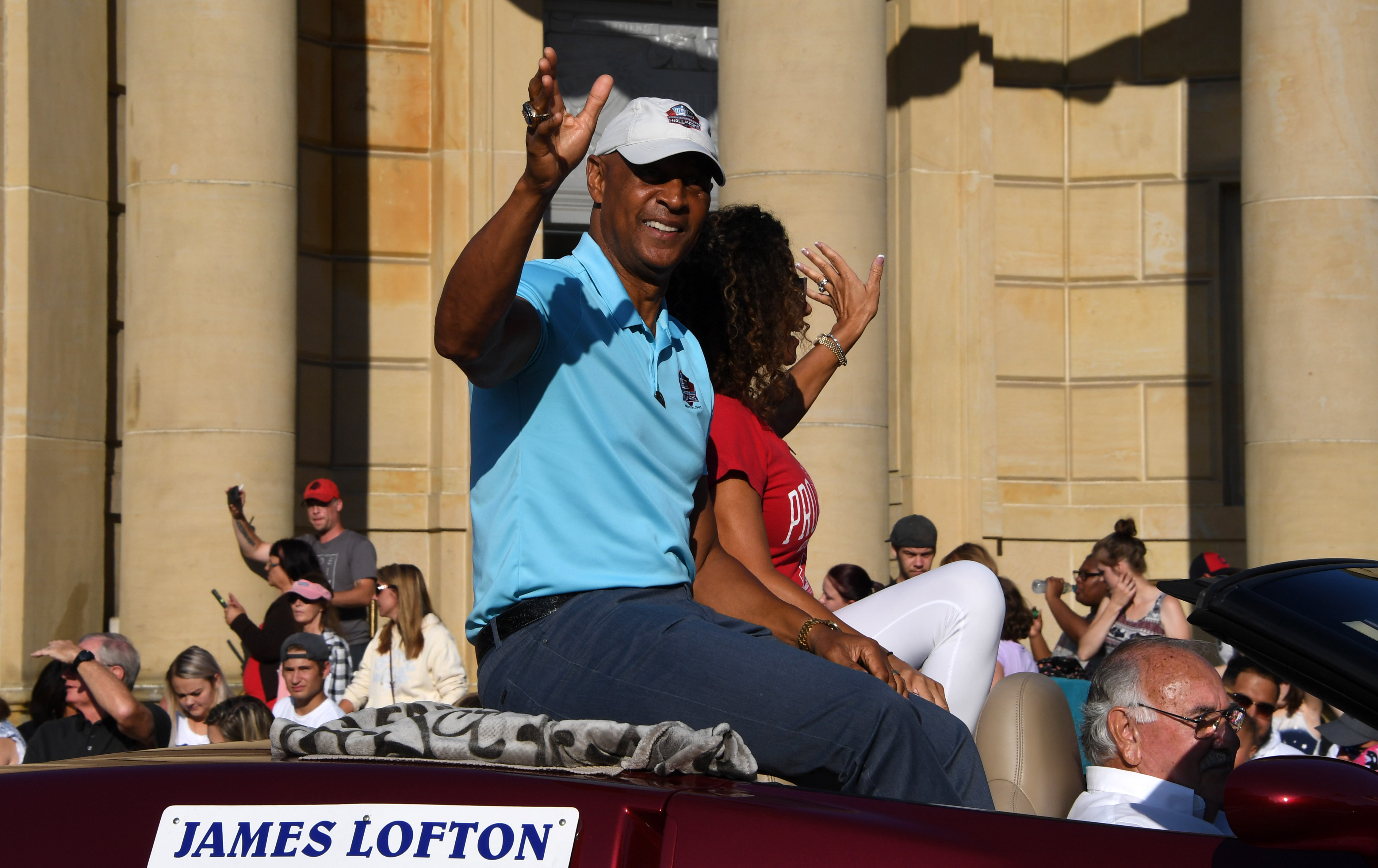 Analyzing the Greatest Packers Ever to Wear Numbers 76-80

The Packers drafted Bob Skoronski in the fifth round of the 1956 NFL Draft out of Indiana. Skoronski won the starting job at left tackle as a rookie but then spent the next two seasons in the Air Force before rejoining the Packers in 1959.

Upon his return, Skoronski split time at left tackle with Norm Masters for several seasons with the pair often alternating by offensive series. Skoronski was moved to center in 1964 after Jim Ringo was traded but moved back to left tackle before the season was over and remained the starter at that position for the rest of his career.

Skoronski played on all five of Vince Lombardi’s championship teams including the teams that won the first two Super Bowls. He was named to the Pro Bowl after the 1966 season, one of the rare times his talent was recognized during his career.

“The most underrated football player on our team,” ex-teammate Gary Knafelc said of Skoronski. “Whenever it came to grades, [Forrest] Gregg and Skoronski were always the top two. [Skoronski] was probably the smartest guy on our ball club. He could do it all. Bob was so good, nobody even thought about him. He was so underrated. Jerry [Kramer] and Fuzzy [Thurston] were always talking. Bob never said a word, just out-blocked everybody.”

Skoronski also gave the Packers excellent leadership. He was named offensive captain in 1964 and held that position through the end of the 1968 season.

Other prominent Packers players to wear 76 include massive defensive tackle, Mike McCoy (1970-76) who was a big run stuffer in the early to mid-70s, offensive tackle Chad Clifton (2000-11) who was inducted into the Packers Hall of Fame in 2016 and defensive tackle Mike Daniels (2012-18).

Ron Kostelnik was a big man for his time and an excellent run stuffer in the middle of the Green Bay defensive line during the Lombardi Era.

The Packers drafted the former University of Cincinnati star in the second round of the 1961 NFL Draft. He started eight games at defensive left tackle as a rookie and maintained that starting job throughout his Packers tenure which lasted through the 1968 season.

Kostelnik’s job on the Green Bay defense was to occupy blockers and stuff the run in the middle of the defensive line. By doing his job, he made it possible for other Packers legends to do theirs.

“The only reason Henry [Jordan] could rush the passer and Willie [Davis] could go after the quarterbacks so hard and make all those big headlines was because they knew if there was a draw, Ron had it,” said Hall of Fame linebacker Dave Robinson. “He took care of all the draws. He took the middle. I don’t think that people other than the guys who played against him and with him really understood the worth that Ron Kostelnik brought to the Green Bay Packers.”

Kostelnik was credited with seven fumble recoveries in his career with the Packers including a career high three in 1964.

He played on all five of Lombardi’s championship teams and the Packers were 9-0 in playoff games during his career. He was credited with half a sack in the Packers 28-7 playoff win over the Los Angeles Rams in 1967.

The Packers traded Kostelnik to the Colts before the 1969 season. He retired after playing one year in Baltimore.

Other prominent Packers to wear 77 include former first round pick, Mike Butler (1977-82, 85) who gave the Packers solid pass rushing ability in the late 70s and early 80s and defensive tackle Cullen Jenkins (2004-10), a strong and consistent defensive lineman who helped the Packers win Super Bowl XLV back in 2010.

Bob Brown stood at 6’5” and weighed 260 pounds which gave him excellent size for a defensive lineman in the late 60s and early 70s. The Arkansas-Pine Bluff alum joined the Packers in 1966 and played on the teams that won the first two Super Bowls.

Brown was a rotational player at first, stuffing the middle of the defensive line and often knocking down passes with his exceptional size and long reach.

He became a full-time starter for the Packers in 1969 and was a big contributor to the success of the Green Bay defense during their 1972 division-winning season. He was named to the Pro Bowl that year and contributed a safety in the Packers 23-10 week 10 victory over the Houston Oilers.

Brown spent eight seasons with the Packers before playing one year with the San Diego Chargers and two with the Cincinnati Bengals.

Other prominent Packers to wear 78 include offensive tackle Ross Verba (1997-2000) who started for the Packers at left tackle in Super Bowl XXXII against the Broncos.

Dave “Hawg” Hanner spent more than 40 years with the Green Bay Packers organization as a player, scout and assistant coach.

The Packers selected Hanner in the fifth round of the 1952 NFL Draft. Although the Packers struggled throughout most of the decade, Hanner made the Pro Bowl in 1953 and 1954 for his strong play on the interior of the Green Bay defensive line.

Hanner played 13 seasons with the Packers, starting 148 games at defensive tackle. He recovered nine fumbles and intercepted four passes during his time with the team and was one of the better run stuffers in the game.

In 1959, Hanner recorded a crucial safety that helped the Packers secure a 9-6 victory over the Bears in Vince Lombardi’s first game as head coach of the team.

Hanner played on Lombardi’s first two championship teams in 1961 and 1962. On November 18, 1962, the Packers honored him with “Hawg Hanner Day” and the Packers went on to defeat the Baltimore Colts in Green Bay 17-13.

Hanner retired after the 1964 season and spent the next 16 seasons as an assistant coach for the Packers, rising to defensive coordinator in 1971. He remained as a coach through 1979 and returned to the team in 1982 as a quality control assistant and later a scout. He remained with the organization until 1996.

Deciding the number 80 was one of the toughest choices on this entire list. One the one hand, you have Donald Driver who is the Packers all-time leader in receptions and on the other hand you have Hall of Famer James Lofton who spent nine seasons in Green Bay during tough times but was one of the best receivers in the game during his era.

Because he is in the Pro Football Hall of Fame, I gave Lofton a slight edge over Driver but both are so deserving of this honor.

The Packers selected Lofton in the first round of the 1978 NFL Draft out of Stanford. The former track star had outstanding speed and made an immediate impact on the Packers, catching three touchdown passes in his second NFL game during a 28-17 win over the Saints.

Lofton made the Pro Bowl seven times during his nine seasons with the Packers and went over 1,000 yards in a season five times. He led the NFL in average yards per catch in 1983 and 1984 when he averaged 22.4 and 22.0 yards per reception.

Lofton was the centerpiece of the Packers receiving corps that included John Jefferson and Paul Coffman. He was the Packers best weapon on long passes and was a threat to score any time he touched the football. The receiving trio gave quarterback Lynn Dickey plenty of elite weapons to throw to and helped make the Packers offense one of the most dangerous in the league.

In 1982, Lofton helped the Packers to their only playoff berth of the 80s when they finished the strike-shortened season with a 5-3-1 record. Lofton caught a touchdown pass in the Packers playoff victory over the Cardinals and then caught five passes for 109 yards in the playoff loss to the Cowboys while also scoring a touchdown on a 71-yard reverse.

Lofton remained with the Packers through the 1986 season before playing with the Raiders and then the Bills where he appeared in three Super Bowls.

Other prominent Packers to wear 80 include wide receiver Donald Driver (1999-2012) who spent 13 seasons with the Packers. Driver started out as an unknown seventh round pick and went on to become Green Bay’s all-time franchise leader with 743 catches for 10,137 yards and 61 touchdowns.

Driver won a Super Bowl with the Packers in 2010 and earned Pro Bowl honors three times during his career. He had seven seasons with at least 1,000 receiving yards and had a career-high 92 catches in 2006.

Driver was inducted into the Packers Hall of Fame in 2017.