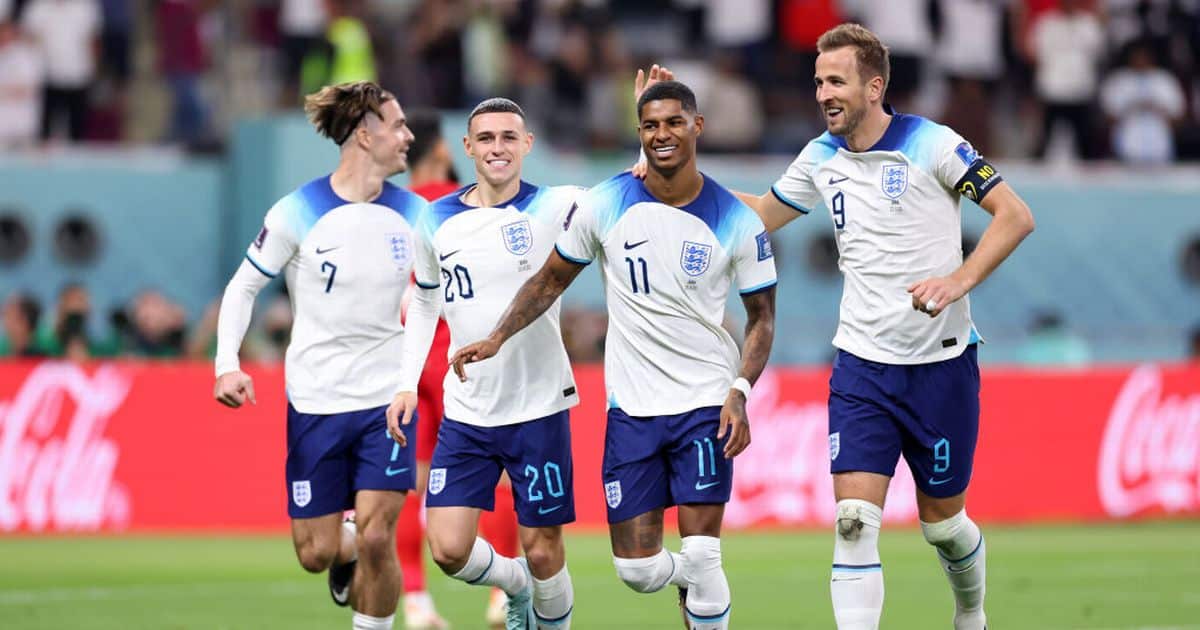 Gareth Southgate could decide to make some changes to his lineup for England’s clash with USA, after multiple players impressed off the bench in the comfortable victory against Iran – but who was actually on the plane to Qatar for this month’s tournament?

England kicked off their 2022 World Cup campaign in perfect fashion on Monday, as the Three Lions rolled Iran over 6-2 in their group opener. The goals were shared around the team with five different scorers, as Saka netted a brace along with finishes from Bellingham, Sterling, Rashford and Grealish finishing off Iran.

The Three Lions play their second World Cup match on Friday, as they clash with the USA for only the second time since a 1-1 draw in the 2010 World Cup.

With plenty of players impressing from the bench in the mauling of Iran, Gareth Southgate could make some alterations to his side later this week. Grealish and Rashford made an instant impact from the bench on Monday, with both scoring despite only getting 20 minutes on the pitch.

One player who could return to action on Friday is Leicester City’s James Maddison. The 25-year-old has been in the form of his life lately and with 11 goal contributions in his first 13 Premier League games this season it’s no wonder there’s so much excitement around the midfielder.

"The mood is brilliant." ✨@Madders10 gives an insight into life at our @FIFAWorldCup basecamp… pic.twitter.com/xrwCT7TonO

Maddison was unlucky to miss out on the Iran game due to a slight knee injury, however the Leicester City star is expected to make his return to the squad before the USA game on Friday and could potentially start.