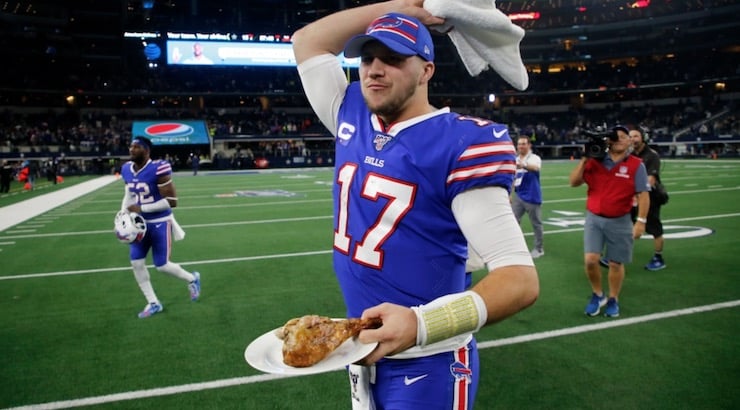 For 88 years, Thanksgiving and football have gone hand and hand. The Thanksgiving Day games have traditionally been one of the most viewed broadcasts of the year bringing over 30 million viewers.

Now that sports betting is legal in some states, Thanksgiving football may be bringing in newfound traditions.

The NFL established the tradition three decades later, playing the first Thanksgiving games by November 1934. The tradition usually features one game each hosted by the Detroit Lions and Dallas Cowboys since 1966.

Thanksgiving is the only time of the year that both the NHL and NBA do not play. Since the tradition is so strong, most of the viewership ends up going to the NFL. Last year, Thanksgiving Day attracted 29.7 million viewers, highlighted by the Cowboys vs Raiders game which brought in 38.3 million views.

In fact, the NFL holds 30 of the 32 most-watched broadcasts in TV history. The NBA Finals best viewership year was Michael Jordan and the Chicago Bulls’ Last Dance in 1998, which brought in 29.7 million viewers. Meanwhile, the NHL’s peak was the 2013 Stanley Cup Finals with 5.76 million viewers. Both those numbers combined fall short of the NFL’s regular season Thanksgiving special.

Right now, the NFL pulls in the most viewers across all sports platforms and the on-field product is only trending upwards. Team valuations and player contracts have reached all-time highs and the NFL recently just sealed a $110 billion media rights deal.

As the league expands to other countries, the NFL might start pulling in all-time high viewerships soon.

This year, the NFL is set to broadcast three games on Thanksgiving starting at 12:30 pm EST with the Detroit Lions hosting the Super Bowl favorite Buffalo Bills.

America’s Game of the Week presented by Fox, which has been the No.1 watched broadcast of the day, averages just over 22 million viewers. It should come as no surprise that the NFL’s most popular franchise and most valuable sports team, the Dallas Cowboys always plays a Thanksgiving game.

This year, the Cowboys and New York Giants will battle it out for the No.2 spot in the NFC East. Thanksgiving football rounds out with a primetime game featuring the New England Patriots visiting the Minnesota Vikings, who currently have the second best record in the league.