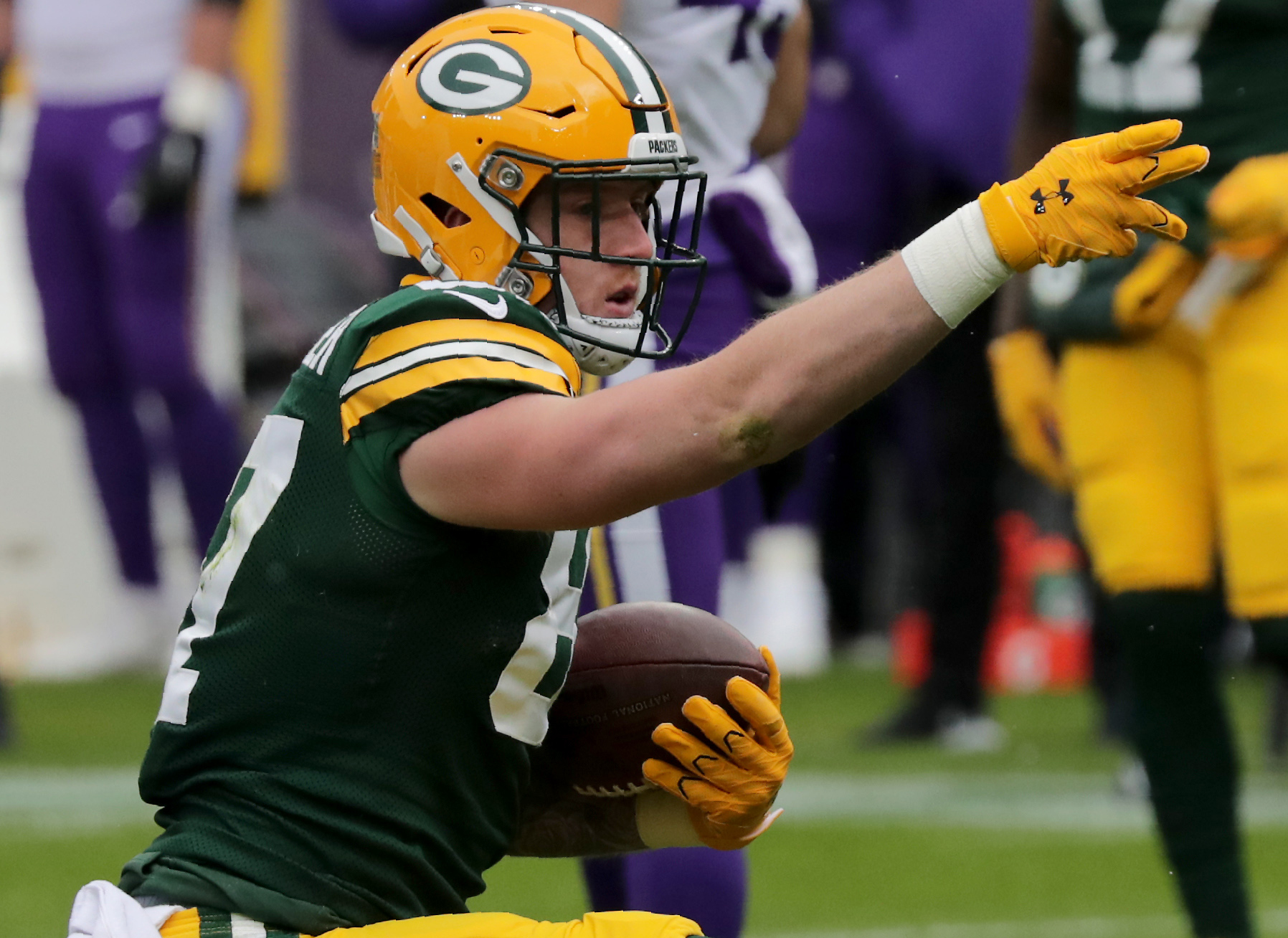 Packers tight end Jace Sternberger’s NFL career is at a crossroads. The former Texas A&M star just had another setback and he will start his third NFL season by sitting out the first two games of the 2021 season. He was suspended by the league on Thursday for violating the league’s policy on substance abuse.

Apparently, in February of 2020, Sternberger took antidepressants and drank alcohol and then drove while under the influence. He fell asleep at the wheel of his vehicle. Thankfully, nobody was hurt.

To his credit, Sternberger has taken responsibility for his actions. When the announcement was made, Sternberger tweeted:

Sternberger added “It is never okay to drink and get behind the wheel,” Sternberger added. He then wrote, “I will never ignore my mistakes, I have owned to my poor decision and accept the consequences.”

To help address the issue, Sternberger indicated he has been in therapy for the last 16 months.

Sternberger’s NFL career has gotten off to an uneven start. In his rookie year, he suffered a concussion in training camp during a joint practice session between the Packers and the Houston Texans. Later in the preseason, he suffered an ankle injury that caused him to start the regular season on the injured reserve. He was active for the final six regular season games of 2019 but did not catch a pass.

In the playoffs that year, Sternberger caught three passes for 15 yards including his first career touchdown in the Packers NFC Championship Game loss to the 49ers.

The 2020 season got off to an even tougher start for the big tight end. He was placed on the Covid-19 reserve list in training camp and was never able to stake out a substantial role in the Green Bay offense. By late in the season, Sternberger was a healthy scratch. He was inactive for the Packers final four regular season games and their two postseason contests. His final statistics for 2020 were 12 catches for 114 yards and one touchdown.

While Sternberger was struggling with injuries and with Covid-19, the Packers situation at tight end had changed. Robert Tonyan had a breakout season and established himself as the Packers top tight end after catching 11 touchdowns. Marcedes Lewis is returning in 2021 and remains the team’s best blocking tight end and a leader in the locker room.

In 2020, Green Bay drafted Josiah Deguara to play a combination of tight end, fullback and H-back. Deguara was injured in Week 4 and missed the rest of the season but he’s back and ready to compete for playing time in 2021.

The Packers also signed Dominique Dafney last season and the former Indiana State star proved to be a reliable blocker and even caught two passes in the final five games of the season including one touchdown pass. He also contributed on special teams.

Now Sternberger is going to miss the first two games of the 2021 season because of this past incident. He is still able to participate in OTAs and training camp and play in preseason games. Still, his two-game absence gives another player an opportunity to impress the coaching staff and make an impression.

As he enters his third season in the NFL, Sternberger finds himself at a crossroads. He has struggled through his first two seasons due to injuries and illness and has yet to realize the potential the Packers saw in him when they drafted him in the third round. Sternberger was drafted to give the Packers a tight end who could go deep down the seam of the defense, something the Pack hasn’t really had since Jermichael Finley’s career came to an end due to an unfortunate injury in 2013. He has yet to realize that potential.

The most important thing for Sternberger now is make sure his life is straightened out and that he doesn’t have an issue with pills and alcohol. Then, he will have to make sure he is dedicated to having a strong training camp and preseason to show the coaching staff that he is ready to assume a larger role in the offense.

Because of the Packers depth at tight end, Sternberger isn’t a lock to make the roster without a strong performance this summer. If he buckles down and plays well, he can still develop into the player scouts projected him to be. If he stumbles again and fails to take a step forward, he could find himself without a spot on the roster in Green Bay and maybe even without a job in the NFL. The choice is up to Sternberger. Hopefully, this year will be the start of a productive and fruitful career for the young Packers tight end.