This post is brought to you by SPORTSBETTING.com. Get best online sports betting bonuses at this sportsbook.

Drew Stanton’s dream of becoming a real-life NFL reserve quarterback should be laid to rest after the fourth year quarterback “embarrassed” himself after his first start. Apparently, former offensive coordinator Jim Colletto knew a little more than we gave him credit for. Stanton’s final stat line of 130 yards, three picks and a 31.9 quarterback rating merely serves as a euphemism for his actual performance. It was so abysmal that it actually had me reminiscing over Ty Detmer.

Michigan State fan’s are especially disgruntled about how their former MVP has turned out. According to my resources, State fans have accepted the Stanton on-field product, but are especially upset over his lack of off-field incidents. Sparty fans just aren’t programmed to root for an alumni with a squeaky clean rap sheet (see Smoker, Jeff…Rogers, Charles…Mandarich, Tony)

The Detroit Lion’s “Drew Stanton Era” wasn’t completely devoid of entertainment, however. Stanton’s “Lambeau Leap” impersonation, which was more of a Ford Field Flop, gave us the best-worst touchdown celebration since Gus Frerotte decided to test out the solidity of the end-zone wall with his head. 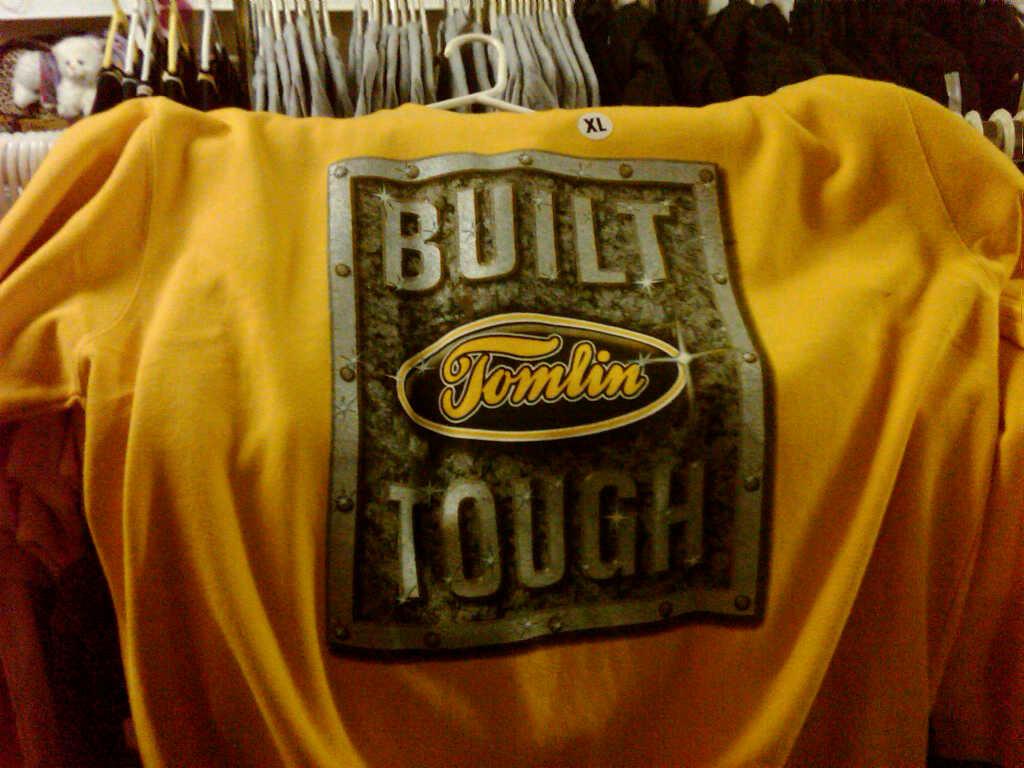 This comes from my buddy Frank. He spotted it at the Steelers store in Breezewood. If you woulda showed me this shirt during the Steelers’...