I dug deep to find the oldest box score from a game in which the Red Sox starting pitcher tosssed a no-hitter. Howard Ehmke did it for the Sox on September 7, 1923 in Philadelphia against the Athletics. These were the post-Babe years, the Red Sox glory days of the early 1900’s had come and gone already. There was only 1 name in the entire box score that I recognized- HP umpire Bill Dinneen. 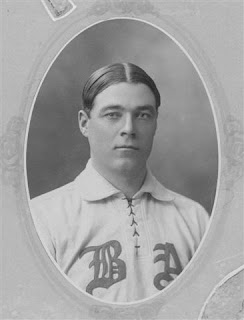