And yes, that title is just as suggestive as it sounds. Thankfully, I don’t work for Yahoo so I can make all the jokes I want about the Mrs. Joe Flacco acting as center for her new hubby. 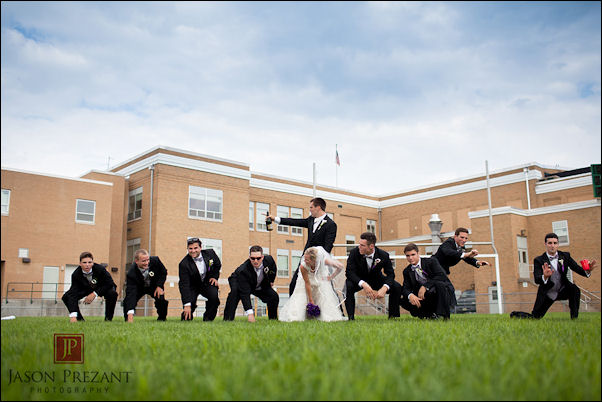 Of course, I could go the other way and also hint at the fact that Joe seems to prefer 300 lb. men on all fours in front of him, but that would be too easy. Instead, since we’re probably not going to see much of the Ravens this season, both Joe and his beloved will have plenty of time to practice handling snaps in the near future.

Oh, and since we’re on the topic: a very happy first anniversary to the man, the myth, the legend, Mr. Bobby Biscigliano and his Mrs.