Previewing tonight's match-up between the Kings and Blazers.

The book on the Blazers:  Since losing to the Kings two weeks ago, the Blazers have won five-straight games.  Their latest win came last night in a 96-93 victory over the Phoenix Suns.  Former Kings big man J.J. Hickson has recorded seven-consecutive double-doubles for Portland.

Did you know?  In three seasons in the NBA, DeMarcus Cousins has missed more games (five) to suspension than he has injury or illness (one).  His suspensions include: one game his rookie year following an altercation with ex-King Donte Greene, one game last year for a spat with ex-coach Paul Westphal, two games last month for confronting TV analyst Sean Elliott in a “hostile manner”  and one game just 11 days ago for a low blow to Dallas Mavericks’ guard O.J. Mayo.  So far, the only time injury or illness has sidelined him came last season when he missed a game due to food poisoning.

1.  Who will start in place of DeMarcus Cousins?

The Kings have listed Chuck Hayes as their probable starter in place of their suspended young big man.  But don’t be shocked if that isn’t the case when the ball tips off this evening.  Keith Smart has reached into the bowels of his bench before to start players out of obscurity.  It wouldn’t be surprising if Travis Outlaw got the nod at power forward, despite playing sparingly over the last week.  He had his finest game of the season two weeks ago against his former team, scoring 12 points on 5-of-7 shooting in just 17 minutes of action.  Another option could be James Johnson, who found his shooting stroke Friday evening against the Clippers.

2.  Which Kings big man steps up his production in Cousins’ absence?

With Cousins sitting out his third game this year, the Kings have an extra 15 to 20 shots to spread around.  It’s likely the guards will wind up taking Cousins’ leftovers, but my guess is that the Kings find a way to feed Jason Thompson down low.  The fifth-year power forward is the Kings’ most reliable scoring option on the block.  His 62.4 percent at-the-rim field-goal-percentage is roughly six-percentage points higher than the league average.

3. Which Kings guard steps up his production in Tyreke Evans‘ absence?

Coach Smart told media after practice yesterday that Evans would not be active for tonight’s game because of continued soreness in his left knee.  It will be the ninth time this season the Kings will play without the fourth-year guard and they’ll need another perimeter player to step up in his absence.  So far, it’s been Jimmer Fredette who’s picked up the scoring load left by Evans.  In Sacramento’s last three games, Fredette has led the Kings in scoring, averaging 17.7 points per game on 46.7 percent shooting from the field and 54.5 percent shooting from 3-point land.  He’s been one of the few bright spots on this team this season and it wouldn’t be surprising if he keeps it up tonight against Portland. 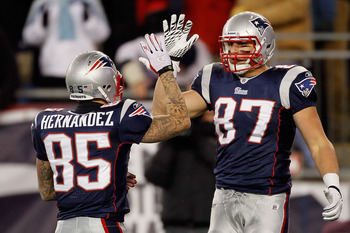 What is the biggest area the Patriots need to improve upon as they head into their final two games?   Jason: It's hard to...