The Kings head coach has some major decisions to make in the coming week.

While the fiscal cliff has mesmerized the nation, the Sacramento Kings have a cliff of their own that’s quickly approaching. Players are healing up and almost ready to return to the floor. Players with proven track records in the NBA. Players that will require major minutes. But what about the guys that have seemingly turned this season back in the right direction?

While the cats were away, the mice got a chance to play. And play is what Jimmer Fredette and Isaiah Thomas have been doing. So what happens next week when starting shooting guard and franchise cornerstone Tyreke Evans presumably returns from his drawn-out knee injury? And what about when Marcus Thornton is ready to return from his sprained left ankle?

On a team filled with kids in their early twenties, there can’t be a play-the-young-guy approach. They are all young.

If this were a meritocracy, you would have a hard time finding consensus on who deserves to play. But rest assured, there would be plenty of writing to do on this subject. With the Kings winning five of their last seven contests, they are now just 4.5 games out of the eighth spot in the Western Conference. I know we aren’t ready to have the playoff chase conversation, but still.

Smart is about to have a major issue. How does he reinsert Evans, Thornton or both back into the lineup? And what does that mean for Fredette and Thomas?  And what does it mean for the team chemistry that has finally started to materialize?

The easy answer is let them all play, but we know how that has worked in the past. When a player is injured, he opens a door for someone else to shine. And shine is what both Jimmer and Isaiah have done.

Over his last 10 games, Fredette has scored in double-figures six times and he is shooting 48.5 percent from behind the arc. He still leads the team in true-shooting percentage at 59.2 percent, his assist percentage has steadily increased and on media row, he has been turning heads. Visiting beat writers and scouts quietly make statements like, “Jimmer looks like a legitimate NBA player.”

The former BYU star is figuring out how to translate his college game to the pro level. If you need someone to give a reference, I’m sure Brandon Knight would tell you that he’s still wondering which way Fredette went on Tuesday night.

While Fredette has improved, it is pretty clear at this point that he is a combo guard, not a true point. He has the vision of a point guard, but he is better served playing with a second ball handler. The league is filled with incredible combo guards. It’s not a knock on Jimmer – it’s a reality.

Thomas has a lot of the same attributes as Fredette, but he has truer point guard skills. While there have plenty of folks pining to see Jimmer-mania hit the starting line-up, for the time being, these two players are in their right roles.

Thomas has scored in double-figures seven times in the Kings’ last eight games and has shot decent from behind the arc, hitting 37.8 percent from distance. Smart reinserted Thomas into the starting lineup five games ago and regardless of any one stat, the Kings have gone 4-1 over that period. Whatever Thomas learned on the bench, he is now translating to improved play on the floor.

So what does Smart do? For one, he needs to throw out the basic preconceived notions about how much a player makes, who is a free agent at the end of the season or who brings a veteran presence. Both Fredette and Thomas have earned their minutes on this team. They have proven that the Kings are better with them on the floor and if this season is really about winning, then Smart needs to go with what works, rather than what he hopes works. 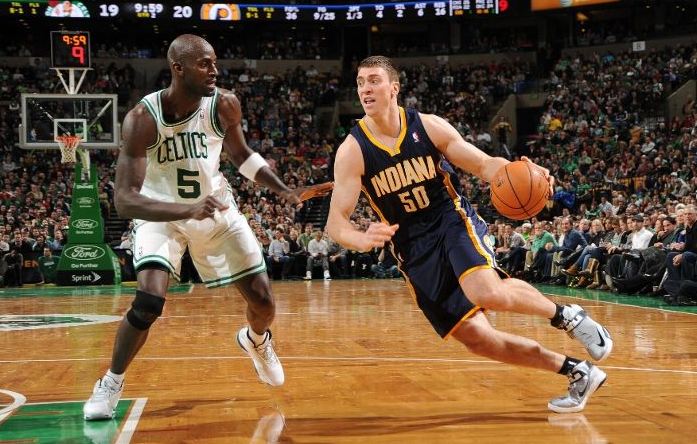 Your Morning Dump... Where this game was not about foreplay

[youtube https://www.youtube.com/watch?v=PT9ZTVeYI9g] Every morning, we compile the links of the day and dump them here… highlighting the big storyline. Because there’s nothing quite as satisfying...