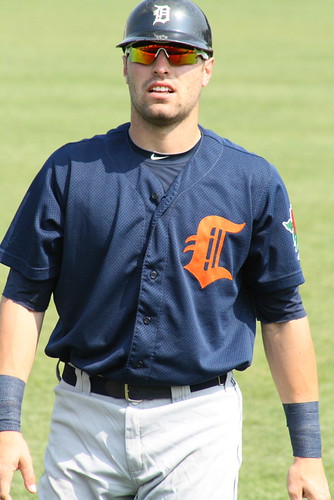 This is Tyler Collins, I think. I have no idea. I’ve never actually seen him before. All I know is he isn’t the the R&B singer.

In the Tigers’ 2013 spring training opener, Collins broke up a no hitter in the eighth inning with a triple, hit a double in the ninth, and also made a diving catch. He’s one of the Tigers’ top hitting prospects and he promises to run everything out:

#Tigers“>https://twitter.com/search/%23Tigers”>#Tigers OF Tyler Collins: “I only have one speed, guys. That’s full speed.”