Hi, and welcome to the Lions’ Offseason! Can I start you out with some complimentary Kool-Aid? Would you like grape, black cherry or your usual tropical punch?

As Lions fans know all too well, the Spring offseason typically comes with a heaping ladle full of the proverbial Kool-Aid. And we slurp it from the start of free agency, through the end of OTA’s all the way to Week 1. Some say it’s the best time of year to be a Lions’ fan.

Well, you might as well inject it into us intravenously, because optimism is at an all-time high.


In the 48 hours that ensued after free agency opened at 4:00pm on Tuesday, the Lions significantly upgraded their scoring attack and secondary while filling depth at the always-valuable defensive line, as Mr. Biscigliano pointed out.

The first deal came when Reggie Bush agreed to a four-year, $16 million contract to become Jahvid Best's replacement and a complimentary back to Mikel LeShoure.

This is a great signing because the Lions severely lacked explosiveness at the running back position last year, and Bush fills an immediate need there – all while coming in under market value.

At 28, he may not be the player Best was could have been, but he’s still a dynamic threat out of the backfield, and is even drawing comparisons to Marshall Faulk and “The Greatest Show on Turf.”  With Calvin Johnson drawing so much attention in coverage, Bush should be able to use his speed in the passing game to beat linebackers one-on-one, and he’s also a significantly better runner between the tackles than he was a few years ago.

Plus, think about this: thanks to the Kardashians, every girl loves Reggie Bush! You can probably con your girlfriend into making you watch one less “E!” show now. While you’re at it, tell her the Lions signed Lamar Odom, too. 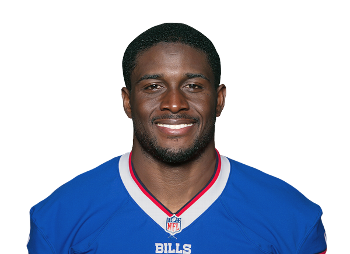 Another glaring position the Lions needed was at safety, and with a saturated secondary market, they were able to sign exactly who they targeted – former Texan Glover Quin.

Quin is extremely versatile, coming out of college in 2009 as a cornerback and then converting to safety. But more importantly, he’s durable. The Lions had injury woes at safety all last season, and Quin hasn’t missed a game in the past three seasons. Some had Quin as the top free agent safety on the market, but the Lions were able to sign him at great value – five-years, $25 million (as opposed to Dashon Gholston, who signed with Tampa Bay for five-years, $41.25 million).

The Lions also retained Chris Houston at corner, locking him up for five years as well. This instantly gives their secondary credibility.

And apparently, they are still in the race to resign Louis Delmas. 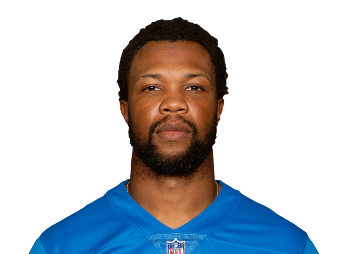 The Lions did have some key losses in free agency, though. Cliff Avril signed a two-year, $15 million contract with Seattle and Gosder Cherilous a five-year, $35 million deal with Indianapolis.

Granted, I cheated off the Asian girl I sat next to in MTH 100 in college, so I’ll be the first to admit that my math is shaky at best. But I believe that $7.5 million per year is less than $10 million per year, which is what the Lions offered Avril last season. His  production was down from a season ago, but I still have a hard time envisioning him as 15-sack guy because of his size. It’s nice to finally see the Lions stand their ground and not reach to overpay suspect players.

And Cherilous, well…let’s say Jim Irsay was a little more excited to sign him than we were to see him go.

I’m impressed with the shrewd offseason moves Martin Mayhew has made so far. He filled holes with blue-chip talent, while not overpaying.

But it’s only March. He needs to complement these signings in the draft with players that are ready to play now. The window isn’t very big for this team to be a contender. We still need offensive line, defensive line and cornerback help, so I think it would be smart for Mayhew to draft using a combination of best available and biggest need.

Oh, what’s that? You wanted lemon-lime Kool-Aid? That'll be served right up during the Devin Jones Draft Special Extraordinaire on April 25th.