The Kings make changes with more than just basketball in mind.

There has been something missing from the Sacramento Kings for quite some time.  The relocation saga has been tiresome, but it runs deeper than that.  A sour culture off the court mixed with bad chemistry on it has left the team stuck in neutral through coaching changes and plenty of lottery bound seasons.

Kings fans know what the game of basketball should look like.  In the late 1990s and early 2000s, they were treated to eight seasons of not only incredible basketball, but an atmosphere of winning that has proven difficult to replicate.

Chris Webber was the face of those incredible teams, Vlade Divac was the soul and coach Rick Adelman was the man taxed with balancing the whole thing out.  The trio created a synergy that’s seldom seen in professional sports and the team followed suit.

It wasn’t always easy and not everyone the Kings brought in conformed to the program.  But when you have a group of players pulling one way and one or two pulling another, it’s pretty easy to single out the bad eggs and act accordingly.

For the last seven years, Geoff Petrie desperately tried to recreate that magic.  He may have found the next Webber-esque player in talented big man DeMarcus Cousins, but without a Divac-like influence or a maestro like Adelman, the team has floundered.

Pete D’Alessandro has now taken the challenge of finishing what Petrie started.  He inherited some quality players, but talent is only part of the story.  The Kings’ new front man has quickly added pieces, but the focus is clearly aimed at more than just basketball skills.

Carl Landry, Greivis Vasquez and Luc Mbah a Moute are not only known for their play on the floor, but for their high character off it.  They are culture changers.  They are men who know their roles and willing to sacrifice part of themselves for the betterment of the whole.

Kings fans have already gotten a feel for Landry.  The versatile forward played 81 total games for the Kings during the 2009-10 and 2010-11 seasons before being traded to the New Orleans Hornets.  He is a player known for his aggressive play and friendly demeanor.  We here at Cowbell Kingdom can attest that he is one of the league’s true gentlemen.

In Las Vegas, we found out how highly former players and coaches felt about Vasquez.  You couldn’t find a single person willing to say a bad thing about the 26-year-old guard.  In fact the reports were so glowing, they almost felt scripted.

“I think he is just going to do so many great things for Sacramento,” Ryan Anderson said of his former Hornets teammate.  “I know 100 percent that the fans are going to love him, because he is one of those (players) that gets everybody hyped up and excited. They’re going to love him.”

“That organization is going to love him, his spirit and the way he approaches everything,” New Orleans head coach Monty Williams added.

Milwaukee Buck big man Larry Sanders spoke in the same tone about Mbah a Moute.  The forward from Cameroon took Sanders under his wing as a rookie and according to the Bucks center, Mbah a Moute kept him focused and positive.

“Well, Luc is a tough competitor, especially on the defensive end,” Sanders told Cowbell Kingdom.  “He’s a guy that really takes pride in playing defense and guarding the best player on the team.”

There is hope that these players will tip the scale in the Kings’ locker room.  There is hope that when they are mixed with the current leaders in Sacramento, there will be enough positive energy to force a culture change.

D’Alessandro didn’t land the big targets.  Andre Iguodala, Jose Calderon and Monta Ellis chose to go elsewhere, but the Kings new general manager searched and acquired pieces that can help turn the culture around and support Cousins, the franchise’s centerpiece.

The hope is that change in culture will lead to better chemistry on the floor.  If players get along and respect each other off the the floor, it will translate to both teamwork and sacrifice on the court.

I’m not sure that D’Alessandro found a singular figure to turn to like Petrie did in Divac, but he’s added a stack of winners ready to take their team to a new level.

He will now hand this collection of players over to rookie head coach Michael Malone with hopes that he can blend the personalities and talent together like Adelman did for Petrie.

It’s a tall order.  Malone is the sixth Sacramento head coach since Adelman departed.  He is inheriting a roster with five players entering the final years of their contracts.  Four of his rotational players are new to the team, including Landry, Vasquez, Mbah a Moute and rookie Ben McLemore.  And there is no promise that Cousins will develop either as a player or a person.

But after three years of uncertainty in Sacramento, there is a new excitement surrounding the team.  D’Alessandro and Malone will not be judged on wins and loses, but instead on their ability to change the culture and chemistry of this team, both on and off the court.

The fans want a winner, but they will be patient.  They won’t be fooled by five more “W’s” in the win column.  That is not what they are looking for.  What they want is a glimmer of the past and hope for the future.  This loyal group will know when they see it because they have experienced it before. 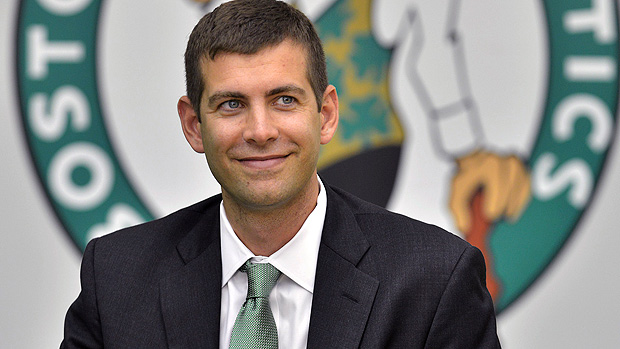 Your Morning Dump... Where history is not on the side of Brad Stevens

Every morning, we compile the links of the day and dump them here… highlighting the big storyline. Because there’s nothing quite as satisfying as a good...