There are two things that we know about DeMarcus Cousins – he hates to lose and he wants to be an NBA All-Star.  Unfortunately, these two items go hand in hand.  Cousins is playing like an All-Star.  In fact, he is probably the best center in the game right now.  But his team is floundering at 10-22.

Barring a major shift in the All-Star team selection process, Cousins and his whopping 23.1 points, 11.4 rebounds and 3.1 assists per game will once again miss out on an invite to the cool people party.

You could see the anguish in Cousins’ face as he spoke to reporters following the Kings’ 113-104 loss to the Philadelphia 76ers on Thursday.  The look was telling.  Cousins is finally coming to the harsh realization that the people around him are holding him back and in order to be considered a great player, he must figure out how to make his teammates better.

“We’re a team full of excuses,” Cousins said following the Kings’ loss.  “Guys on pitty parties. Guys wanting you to feel sorry for them.  We’ve got nothing we can complain about.  Our job is to play hard, and we won’t even go out and do that.”

If Cousins is to get honored as one of the best players in the world, his team has to beat the 76ers at home.  But 33 points and 14 rebounds from Cousins was not enough to beat a subpar team from a subpar Eastern Conference.  I’m not sure what would have been enough.

The Kings aren’t a team.  And until they are, they will continue to lose to teams that they shouldn’t.

“Every time we take steps forward, we come out here and play like this,” said a somber Cousins.

It’s not all Cousins’ fault that the Kings continue to underachieve.  But he isn’t free of guilt, either.

The truth is, they know who they are and so does Cousins.  They are standing in the way of accolades that Cousins feels he deserves and the Kings’ starting center is struggling with this dynamic.

Cousins can point fingers.  He can scream and yell and even break things, but that will only make things worse.  Somewhere along the way, the word “teammate” has been lost in the Kings’ locker room and until it is fully understood and indoctrinated into the conscience of this team, the Kings will wallow in mediocrity and Cousins will go without an All-Star selection.

Trading out players can only continue for so long.  Talent is such a small portion of the equation. Chemistry and culture mean so much more.

The Sacramento Kings need to learn to play for each other.  And right now, this team is playing for themselves or even worse, playing for nothing.

This is the true test of a leader, which Cousins wants so desperately to be.  But Cousins has more than three years of his own history playing against him.  How do you change the culture of a team, when not everyone in your locker room wants you to succeed?

It’s a difficult question.  But it’s also a statement.  There are players who could care less about how many points or rebounds Cousins averages on the season.  They could care less if he is an All-Star or makes the Olympic team.  His success is not their success, because that is the way that Cousins and his team have operated for a long time.

Players are asked to sacrifice parts of their game for others.  They are asked to ignore their own statistics in exchange for the betterment of the team.  The result is supposed to be success for all, but that is not how things have worked out.

So there is no reward for the sacrifice.  The finger-pointing has started or maybe it has just continued.  If this team is to move forward, it all has to stop.

Cousins needs to abandon his want for personal success.  He needs to find a way to feed his teammates that are starving, and he needs to figure out how to connect with these players in a more reasonable way.

If he cannot figure out this nuance, the Kings will continue to lose and any hopes of playing for the Western Conference All-Star team will dissipate for Cousins.

It can start on the court, but it has to carry over to the locker room, the practice floor and beyond. Cousins can start by not giving away points to the opposition by picking up technical fouls.  He can work on his track record for picking up silly fouls that limit him to just 32 minutes per game.  But more than his on-court behavior, and as sad as this sounds, he has to learn how to make his teammates like him or at least like playing with him.

There is a way for Cousins to do what he is doing statistically, but for the players around him to elevate their game along with him.  As his teammates excel, it will make his job easier and it will result in victories.

With victories will come true accolades and the chance to obtain more than All-Star status.

Cousins can be an All-NBA player.  He can be an MVP candidate and he can even be a Hall-of-Fame player.  But he won’t achieve any of this without his teammates, regardless of who they are.

It’s probably too late for a playoff run this season, but a nice win streak would go a long ways toward earning the team respect and with that, more validation for Cousins.

To be a great player, you need to lead your team.  To lead a team, your teammates have to want to follow.  This isn’t a Sacramento Kings problem or a Michael Malone problem.  It will be the same anywhere that Cousins goes.  If he wants to rise to the top, he has to find a way to get his teammates to buy what he is selling.  So far, it’s been a tough sell. 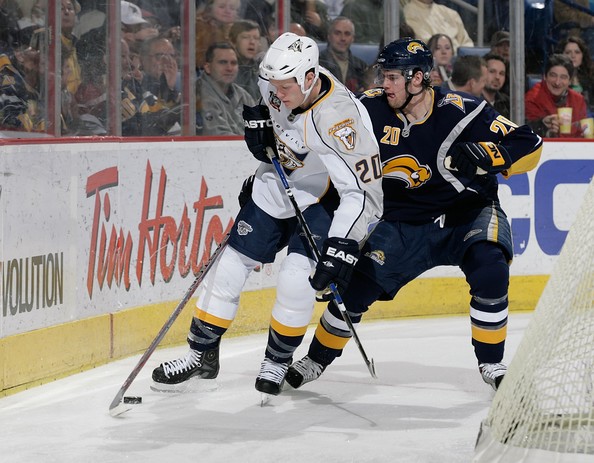 Saints Nation: History! Saints Win on the Road in Playoffs Over Eagles 26-24

The eating Popeye's chicken and drinking green Gatorade trend spread like wildfire in the last 48 hours amongst the Saints fan base. Anything to break...