Countdown to Cooperstown: Class of 2014 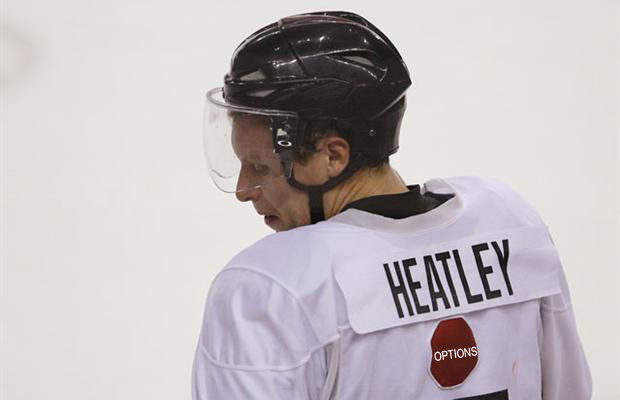 We’re just hours away from the Hall of Fame Class of 2014 being announced.  And while the smart bet is on three or four players being inducted, it’s not as clear cut as that.

Since it appears that the BBWAA will be sticking to its guns and not voting in players who have been linked to steroids (or, in the case of some, played alongside those who are), this summer’s group will be an interesting one.

And, yeah, that’s with or without all those worthy holdovers (well, hello, Craig Biggio and Mike Piazza) from this year’s ballot.

Either way, the Hall of Fame Class of 2014 looks to be one of most greatest classes ever assembled. Ever. Not since 2001, has Cooperstown welcomed three or more first-timers through its doors and this year…you should be looking at three of the finest getting enshrined alongside legendary managers Bobby Cox, Tony LaRussa and Joe Torre.

Here are the players that will be appearing on the Hall of Fame ballot for the first time in 2014.

Greg Maddux.  What can be said about Maddux that everyone doesn’t already know? 355 wins compared to 227 losses, a career 3.16 ERA and 3371 strikeouts. Add to that four straight Cy Young Awards, 18 straight Gold Gloves, eight All-Star Games, having his number retired by two teams…and that’s just the tip of the iceberg!
Frank Thomas.  “The Big Hurt” hung up his spikes with a career batting average of .301, 521 home runs, 1704 RBI and close to 2500 base hits. Did you know…the two-time MVP is the only player in baseball history to have seven consecutive seasons of a .300 average, 100 runs, 100 RBI, 20 home runs and at least 100 walks?
Tom Glavine.  Only in a year where Greg Maddux is up for induction would Glavine be the second-best pitcher on the ballot. With a 305-203 record…dude is easily one of the best lefties over the last 25 years. Five years with 20-plus wins and two Cy Young Awards (four other seasons in the top five voting) stack up nicely alongside his ten All-Star appearances and one World Series ring.
ON THE BUBBLE.
Mike Mussina.  To me, Mussina is an interesting case. On paper, you see a HUGE winning percentage (.638), a brilliant 270 and 153 record and 2813 Ks. His career ERA is 3.68 and one could argue that had he not toiled for more than half of his career in Baltimore…he would be as much of a Hall candidate as Tom Glavine. However, Glavine had five seasons with more than 20 wins. Mussina, while he’s hit double digits in wins seventeen straight years, only reached 20 once. The Cy Young award eluded Mussina as well. Unfortunately, six top five finishes and no hardware doesn’t make for the best Hall of Fame case. Although I admit it…I am coming around on “Moose”.
Jeff Kent.  The former “Survivor” contestant and his lip curtain have a long road ahead of them. Is his legendary prickliness toward the media enough to keep him on the bubble…or do his numbers as one of the best second basemen ever win out? The 2000 National League MVP amassed 2461 hits, 377 home runs and a .290 batting average.
OUT (in random order).
Kenny Rogers.  Since it has been close to 20 years since “The Gambler” tossed his perfect game (July 28, 1994), it is only appropriate he gets brought up as a 2014 Hall candidate. Unfortunately, he’s going to be watching from home like the rest of us. The guy was a wizard on the bump…five Gold Gloves, 219 wins and close to 2000 strikeouts, but what is most impressive is that he is the all-time leader in pickoffs with 93.
Moises Alou.  Alou had a much better career than a lot of people realize, but just because he is underrated…he doesn’t deserve a plaque in Cooperstown. Over his 17-year career, Alou boasted a .303 career batting average, just under 2200 career hits and 332 home runs. Considering he finally got his crack at the bigs at age 25…it’s hard to imagine what kind of numbers he would have had if he broke in five years prior.
Luis Gonzalez.  In 2001, “Gonzo” hit .325 with 57 home runs and 142 RBI and led the Diamondbacks to a World Series title. Dude finished up with 354 home runs, 2591 hits and 1439 RBI. There are only four players that are Hall-eligible (Rafael Palmeiro, Harold Baines, Fred McGriff and Jeff Bagwell) that have more RBI and have yet to be enshrined in Cooperstown. There are no Hall-eligible players with more doubles than “Gonzo” that have yet to get called to the Hall.
The others.  Armando Benitez, Sean Casey, Ray Durham, Eric Gagne, Jacque Jones, Todd Jones, Paul Lo Duca, Hideo Nomo, Richie Sexson, J.T. Snow and Mike Timlin.