Rookie Ray McCallum makes the most of his minutes for the Kings.

Nothing is guaranteed for a rookie second-round pick. Opportunities rarely come around and when they do, you have to seize them, because you may never get another chance to show that you are an NBA player.

That is exactly what former Detroit Mercy star Ray McCallum has done over the last week for the Sacramento Kings. He has taken an opportunity and turned it into so much more.

With starting point guard Isaiah Thomas nursing a bruised right quad, the 6-foot-3, 190-pound McCallum has more than just stepped in and played minutes; he’s filled up the stat sheet and earned a long look for next season.

After playing just 391 minutes in 33 games off the Kings’ bench, McCallum has become coach Michael Malone’s only option at point guard. Over the last four games, all as a starter, the 22-year-old guard has played 180 of a possible 192 minutes in Thomas’ absence.

“Ray is an iron man for us,” Malone told the media following the team’s loss in Dallas on Saturday. “Last three games he hasn’t come out for us in the second half at all and tonight he played all 48. Eight assists and two turnovers in a 48-minute game for a young guard on the road is tremendous.”

In his four starts, McCallum is averaging 15.3 points, 7.0 assists and 4.0 rebounds in 45 minutes per night. More impressive than the offensive numbers is the fact McCallum has turned the ball over just seven times.

He is controlling the Kings’ offense and setting up his teammates like a seasoned veteran. He even sounds like a player with years of experience.

“We are always going to keep competing and keep fighting,” McCallum said in Dallas. “That’s all we can do. Sometimes that’s all you can control, your effort, just go out there and try to play your game and play until the end. Play ball the whole game, leave it all on the floor and give yourself a chance.”

While McCallum has shot just 37.9 percent over the last four games, an interesting trend has developed. A career 29-percent 3-point shooter in three seasons of college ball, McCallum has found his range at the pro level. As a starter, he’s hitting on 44.4 percent from long distance, raising his season average to 39.5 percent. It is a small sample size, but encouraging none the less.

He is struggling, however, inside the paint. McCallum is shooting 66 percent of his shots in the circle area over the last four games, but hitting just 38.7 percent of those attempts. He has had six of his shots blocked and is struggling to finish at the rim. But this isn’t a fatal flaw in his game and these issues typically improve as a player becomes more comfortable with the flow and athleticism of the professional game.

It has been a good run for a second-round pick. Thomas should return sometime this week, be it Wednesday night against the Lakers or Friday against the Warriors. But McCallum has earned a shot to run this team in Summer League and should compete for a rotational spot in training camp come October.

He has stepped up to the challenge and proven that he can provide more than expected. For the second time in three seasons, it looks like the Kings have found a second-round diamond in the rough. First, it was Geoff Petrie with the drafting of Thomas with the final pick of the 2011 draft. This time around, it was general manager Pete D’Alessandro with a solid assist from his right hand man, Mike Bratz.

In a season of development for the Kings, McCallum has found a way to take the bull by the horns. He has gone from a benchwarmer to a two-time D-League assignee to a player with a strong future in the NBA. That’s not how these things usually go. 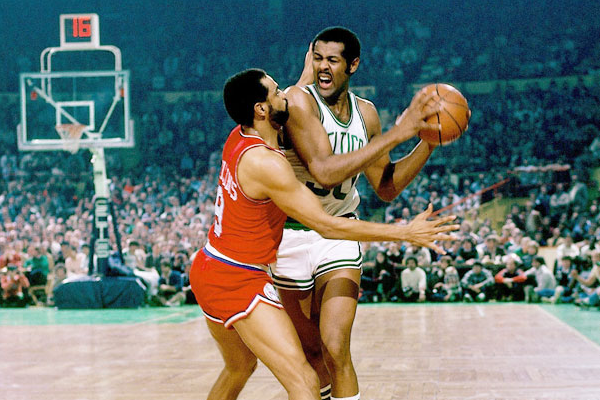 Your Morning Dump...Where M.L. Carr weighs in on the state of the C's