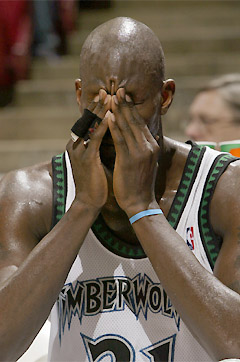 When the USA’s World Cup group was drawn, there was widespread dismay, as the teams looked nearly impossible to advance beyond. This, Americans said with weirdly gleeful morbidity, was “The Group of Death.” There’s something perversely stirring about impossibility. Lost causes are great to rally behind, and really, one of the greatest pleasures of a World Cup is seeing your nation’s team up against the very best (of course, this is more enjoyable after the group stage, but let’s not fall prey to self-pity). Every four years there’s a “Group of Death” (the press will invent one if need be) and the pure, undiluted unfairness of the draw routinely provides a thematic/metaphorical backdrop that overshadows the games themselves. It gets novelistic.

Well, it turns out in 2014 that there’s some stiff competition to be “The Group of Death.” Of course, we think we’re in it, but what about Group B? It includes both finalists from 2010 (Spain and the Netherlands), the resurgent and ultra-aggressive Chile, which boasts Barcelona’s Alexis Sanchez and Juventus’ Arturo Vidal, and then likely lambs to the slaughter Australia, the brave but truly hapless Socceroos. That’s a pretty deadly group. Especially for the Aussies.

Costa Rica … look at their odds to advance to the final (scroll to the very bottom). Costa Rica, doomed from the beginning. Let’s be honest: the doom makes them all the more attractive.

Bryan Ruiz– Ruiz is Costa Rica’s captain, and a talented attacking midfielder. He has a bit of a cult following, being handsome and the sort of elegant player whose talent is obvious but who can’t quite assert himself in the English Premier League. He needs specific environs to blossom. Ruiz made his name with FC Twente in the Netherlands, leading the team to the 2010 Eredivisie title, their first ever. He later played for the London club Fulham where he struggled with form and injury, and was subsequently loaned to a different Dutch team, PSV Eindhoven.

Álvaro Saborío– Saborío, a target man goalscorer, is currently Real Salt Lake’s all-time highest scorer, and has scored 32 goals in 93 appearances for the national team. He also won the CONCACAF Champions Cup with San José club Saprissa (club nickname: The Purple Monster) in 2005. Want to see something painful? Here he is scoring a hat trick against the Portland Timbers in 2012.

Joel Campbell– Campbell is Costa Rica’s requisite promising young attacker. He was signed by Arsenal in 2011 but was unable to get a work permit and is yet to play for the Gunners, and has since played on loan in Spain and now Greece. After a period of anonymity, Campbell recently grabbed the spotlight by scoring from 30 yards for Olympiacos against Manchester United in the UEFA Champions League.

Playing against the odds will be the major theme in Costa Rica’s 2014 World Cup.  There are all sorts of methods of determining the difficulty of a group (the Guardian has a particularly fetching one), but what a true Group of Death boils down to is the basic fact that at least one excellent team is going to leave early.

Does anyone expect Costa Rica to go through? No. Italy and England are huge teams to play. Uruguay, you may ask? Well, Uruguay is ranked higher by FIFA than either Italy or England. To top it off, Uruguay eliminated Costa Rica from World Cup qualification in 2010.

Does anyone think Costa Rica is an excellent team? Well, that misses the point. Of course they’re excellent: they’re going to the World Cup. They have an entire country screaming for them. They’ve earned the chance to upset expectations. Is there anything better to get behind than that?

Portland Trail Blazers Trends Top Shelf: The real Thomas Robinson has stood up. When Robinson was shelved for a four game stretch in early May...