The union advisor took to social media to reiterate the players' stance on the controversy involving the disgraced Clippers owner.

A decision is coming regarding the fate of disgraced Los Angeles Clippers owner Donald Sterling.  Later today, NBA commissioner Adam Silver will reveal details regarding the league’s investigation of racially insensitive comments allegedly made by Sterling.

Some are calling this situation a defining moment in NBA history, including Kevin Johnson.  The Sacramento mayor is helping the NBPA navigate through the controversy, serving as a spokesperson and advisor for the players.  On Monday evening, Johnson took to social media to reiterate the players’ stance on the issue.  Below is an excerpt.

Mr. Sterling’s comments represent the worst of ignorance and intolerance. Despite that, we cannot sit idly by and watch him implode. While some would argue that we should watch with glee as this racist business owner destroys himself, for the sake of the NBA, we must intervene and engage to bring this to resolution swiftly.

Current and former players are in strong agreement that Mr. Sterling and his views have no place in our league. To that end, the NBPA has asked Commissioner Silver to impose the most severe sanctions possible under the NBA bylaws. We may not have the power to force Mr. Sterling to sell his team, but make no mistake, we believe that Mr. Sterling should no longer have the privilege of being an owner of an NBA team. After all, how can we expect any player (the majority of whom are African-American) to want to work for him?

At a minimum, Mr. Sterling should be suspended indefinitely, banned from games, slapped with the maximum fine possible, and forced to extract himself from basketball operations. He should be required to name someone from his executive team or family to take over all duties related to the Clippers.

Along with Los Angeles mayor Eric Garcetti and player reps from the NBPA, Johnson will address the matter at a press conference later this morning at L.A. city hall at 11:45 am PST.  Johnson and the players’ union’s comments will come following a presser in New York by commissioner Silver at 11:00 am PST.

To read the rest of Johnson’s comments from last night, visit his Facebook page. 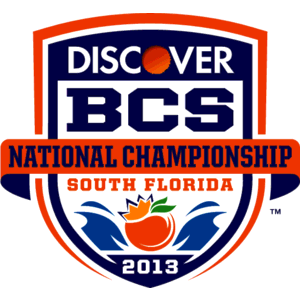 Carlos Carrasco: Back Where He Belongs

According to Paul Hoynes, on twitter, the Indians have finally moved Carlos Carrasco back into the bullpen. In the short term, this means Zach McAllister...