Jason Thompson and Isaiah Thomas know what ails the Kings, but can they fix issue?

With the Indiana Pacers leading the Miami Heat 100-84 with five minutes remaining in Game 1 of the Eastern Conference Finals, Frank Vogel made a statement to his team during a timeout that made it’s way onto the ABC telecast: “You play for each other, you get open shots.”

It’s a simple idea, but it is a concept that has eluded the Sacramento Kings over the last few seasons.  The game of basketball becomes exponentially easier when you move the ball.  But in order to move the ball, you have to trust that the player on the other end of the pass is going to do something positive with the ball.

The Kings struggle with that last part.  They neither trust each other nor do they play for each other.

It’s a concept that Jason Thompson readily spoke of with Cowbell Kingdom in a recent interview.  The Kings have struggled in the past just to get along.  They’ve worked on that issue, but now must take that next step and want to play for each other.

“As a team, we didn’t have that type of chemistry that we were expected to have,” power forward Jason Thompson told Cowbell Kingdom.  “We were last in the league in assists.  I think the ball stuck in certain people’s hands a lot.  And I don’t think we looked out for each other like we should and it showed on the wins and loss column.”

Thompson has taken a beating both in the comment section and on Twitter for speaking his mind.  In a strange twist, for calling others selfish, Thompson has been accused of being selfish.

If he doesn’t speak out, will anyone else?

He is the longest-tenured King.  He is a pillar in the community and well liked by his teammates.  Is this spilt milk or is it an honest-to-goodness gripe that needs to be brought to the forefront for discussion and addressed with the team?

Before Tuesday’s historic vote for a new arena in downtown Sacramento, point guard Isaiah Thomas acknowledged that there is a problem.  In fact, he echoed a lot of Thompson’s concerns.

What is the difference between Thompson’s comments and Thomas’ words?  Nothing, the comments are virtually the same and Thomas is one of the sticky-handed players that Thompson is talking about.

Maybe it boils down to Thomas being a fan favorite that averaged 20.3 points and 6.3 assists per game, while Thompson had his worst statistical season of his six-year career.

But what if Thompson’s worst season as a pro was not because of regression, but a lack of opportunity?  At 6-11, Thompson isn’t allowed to bring the ball up the floor.  He can call for an entry pass, but that doesn’t mean he will get one.  It’s hard to produce when you aren’t given the chance.

The fact is every Kings player was guilty of selfish play in one form or another.  It was an epidemic in a 28-win season that played out each and every night.  We were all caught watching the basketball version of the film “Groundhog Day” for 82 games.

“Not just the coaches, but the players realize that we have to become a much more unselfish team,” coach Michael Malone told us last month on the Cowbell Kingdom podcast.  “Most people, when they hear selfish or unselfish, they just think about shooting and not passing. There are a lot of different ways you can be a selfish player or an unselfish player.  And it’s not just shooting the ball or passing.  It’s setting a screen to get a teammate open.  It’s running the floor so we can get the offense started in a much earlier manner.  It’s sprinting back on defense.  It’s being a better teammate.”

This is where the table really turns on Thompson.  No, he didn’t get the offensive touches that he had in the previous seasons.  He was replaced in the lineup once again by Patrick Patterson, only to regain his starting job, before losing it again toward the end of the season to Reggie Evans.  It was a rocky season for Thompson, and clearly he would approve of a change in location.

But in his own way, he became as selfish as the guy who wouldn’t pass or took too many shots.  He didn’t set good screens.  He didn’t rotate on defense like he is capable of doing and his own assist percentage dropped from his career-average of 7.3 percent to just 4.1.

There was a lot that Jason Thompson couldn’t control this season, and he allowed that to effect what little he could control.

Thompson is not the only King to struggle.  The reason he is being singled out is because he was the squeaky wheel.  We could break down the deficiencies of every Kings player and truly make this a depressing offseason, but where would that get us?

We continue to say that the 2013-14 was a lost season.  But really it wasn’t.  It was a season that exposed the team’s biggest weakness.  There was a link missing and now the players are openly looking to fix the problem  Or at least they are talking the talk.

“You see those guys – the Heat, the Pacers, the Spurs – they play for each other,” Thomas said.  “They don’t care who’s getting all the attention.  I mean, when you play for each other and you win, individual success is going to whoever it falls on.”

For a myriad of reasons, there is a good chance that neither Thompson nor Thomas will be in Sacramento next season. But the message that these two have shared shouldn’t be lost.

If the Kings want to mend the issues that have plagued the franchise for years, they first needed to diagnose the true issues at hand. It’s not a coaching problem, but Malone can help.  It is a player problem.  To be a great team, you have to include everyone and the Sacramento Kings do not do that.  Everyone is to blame, but pointing fingers is what got the team here in the first place.

They have found the broken link in the chain. Now it’s time to work together to fix it. 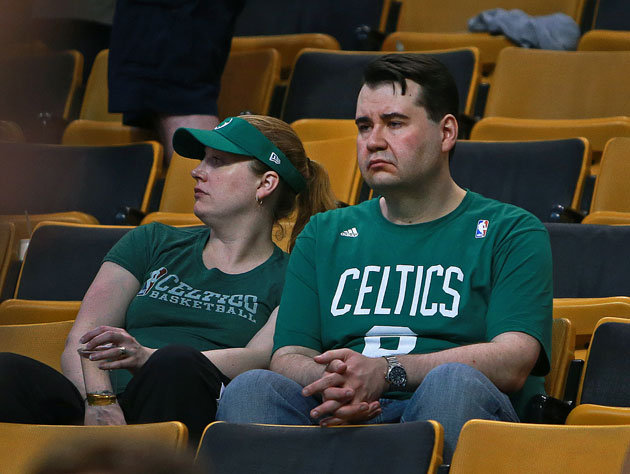 Your Morning Dump..Where The Celtics Might Be Irrelevant For A While

Every morning we compile the links of the day and dump them here… highlighting the big storyline. Because there’s nothing quite as satisfying as a...