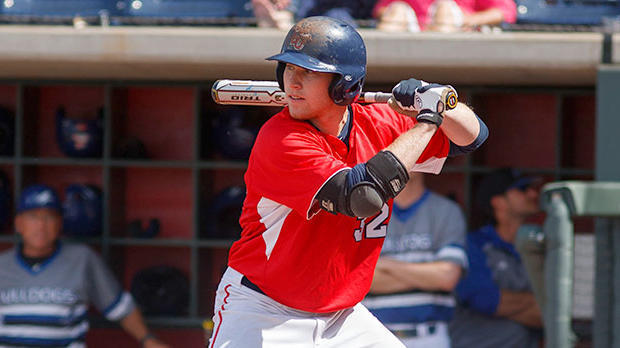 By David Saltzer and Rick Dykhuizen
One of the players powering the Orem Owlz offense this season is first baseman Ryan Seiz. Pronounced “Seas”, (like See’s Candy) Ryan was drafted in the 17th round of the 2014 draft out of Liberty University.
Although Seiz had experience in college playing the outfield and second base, the Angels moved him to first base this year in Orem. They really liked what they got in his bat, with some scouts projecting him to go in the first 10 rounds overall. He has power from both sides, although he has shown more from the left side this season, and is one of the league leaders in homeruns, doubles, RBIs and walks. The power does project as above average, and if he can cut down on the strikeouts, should propel him through the system.
Nicknamed the “Candy Man” by some of his teammates (for the obvious connection), we believe that like the song says, this Candy Man can.
Please click here to watch our interview with Ryan Seiz.
//player.vimeo.com/video/101689685