The USA Basketball experience gives the Sacramento Kings a different perspective on their star big man.

Later today, Sacramento Kings center DeMarcus Cousins will suit up in red, white and blue in USA Basketball’s last exhibition before World Cup action tips off this Saturday. He no longer has to worry about his place on the roster. The final cuts have been made.

On Saturday, we examined how the Sacramento Kings stand to benefit from Cousins and teammate Rudy Gay’s inclusion on the USA roster. The hope is that the two stars will come out of the experience with better chemistry and cohesion they can take back home. But those aren’t the only things general manager Pete D’Alessandro should have his eye on over the course of the next few weeks.

When it comes to the Sacramento Kings, we’ve talked plenty about fit. What is the right kind of piece that would thrive next to a player like Cousins? Time and time again, the idea of playing the 24-year-old center next to a shot-blocking big man comes up. The Sacramento Kings have brought in rookie Eric Moreland for that very reason, but they’ll have a chance to see Cousins alongside that same kind of player during the World Cup.

ESPN.com’s Marc Stein wrote the other day about the decision-making process behind Mike Krzyzewski and Jerry Colangelo’s selection of the USA Basketball roster. As opposed to competitions past, Krzyzewski and Colangelo chose to go big this time around, keeping five bigs (including Cousins) on the roster. Stein noted that American officials wanted the option to go large when necessary.

That means that Cousins will likely see time playing alongside fellow Kentucky alum Anthony Davis. The New Orleans Pelicans big man is projected to start at center for Team USA, but his natural position in the NBA is power forward. With a center like Cousins in the fold, Krzyzewski has the ability to slide Davis over to the four hole if needed.

“It’s not like we’re making this wholesale change, because [Kenneth] Faried and [Rudy] Gay are playing well at the 4,” Krzyzewski said to Stein. “It’s a secondary look.”

It may be a secondary look for Team USA, but the minutes of game film featuring a Cousins/Davis lineup will be valuable to the Sacramento Kings. Davis is perhaps the league’s best shot-blocking big man, which coincidentally is the kind of player Sacramento Kings officials envision next to Cousins.  An issue the Sacramento Kings currently face is that they have bigs like Carl Landry and Jason Thompson, who are talented but thrive as low-post scoring options.  Their touches are obviously limited when in the lineup next to a big like Cousins.

The Sacramento Kings won’t be getting a player as talented as Davis via trade or free agency any time soon. But, how a player like him functions next to Cousins will provide them important data they can use to plan their next move. 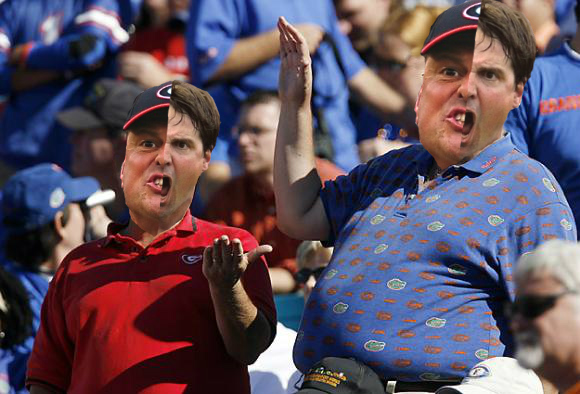 Penn State football will usher in a brand new era with the debut of James Franklin as head coach taking place a hop, skip and...