Brad Miller is not the last Kings All-Star anymore.

The burden is over for Brad Miller.

For 11 years, the former NBA pivot was the last Sacramento Kings big man to make an appearance in an All-Star game. Miller played in the 2004 exhibition in Los Angeles, but he sprained his right ankle in the final moments of the third quarter. When he limped to the bench, no Kings post player has stepped on to an All-Star floor since.

Once again, it appeared the Kings would have no representatives this season, but a decision by Adam Silver to replace the injured Kobe Bryant with DeMarcus Cousins on Thursday broke the curse. Miller could finally share the glory with another Sacramento five.

Back in the 2003-04 season, Miller was awarded by circumstance. In a time when the All-Star rules weren’t unnecessarily complicated, centers were defined as a position on the ballot and required on Western and Eastern conference rosters.

Miller enjoyed a career-year starting at power forward for the Kings while Chris Webber recovered from knee surgery, but the All-Star voting polls had him still listed as a five. Averaging a double-double, Miller earned a reserve spot joining Shaquille O’Neal and Yao Ming in the West, while Jamaal Magloire and Kenyon Martin were the reserve bigs in the East.

That was a long time ago, and things have naturally changed. NBA frontcourts have gathered more talent, and the center position on the All-Star ballot was done away with, partly due to controversy regarding Tim Duncan’s true placement.

Under decade-old rules, Cousins would have been a lock to start at pivot for the West, but instead he, Dwight Howard and DeAndre Jordan were forced to compete with every Western Conference forward. Cousins is lucky, but Howard and Jordan, not so much.

Thanks to fate, Miller and Cousins are now forever intertwined. But beyond the debated accolades, when comparing the two centers, both played an integral role in their team’s success.

Miller played five and a half seasons with the Kings.  After a year of apprenticeship, he was tasked with filling Vlade Divac’s shoes following the Serbian’s departure in summer 2004. Miller was ahead of his era, a big who primarily operated in the high post, and could feed cutters or pop his trusty midrange jumper.  In many ways, he was a new version of his predecessor.

Early in his Sacramento tenure, Miller was an aggressive face-up driver, but as the rigors of the NBA wore him down, his game became synonymous with Charmin tissue. Nonetheless, he remained an excellent rebounder, and his effort and hustle were never questioned.

Cousins on the other hand is currently playing his fifth NBA season and is arguably the league’s best center. Miller was often the third or fourth scoring option, whereas Cousins is the focal point of the Kings offense and the anchor of the defense.

Boogie, like Miller, is skilled in many facets, including passing, rebounding and shooting, but where the face of the franchise leaves his 6-foot-11 counterpart in the dust is his physical prowess. Cousins’ quickness and mobility allows him to maneuver like a guard, and his strength and mass combined with his intricate post moves makes guarding him in the key unfair.

It’s no wonder why his jaw-dropping skill set helped him get drafted fifth overall in 2010, while Miller didn’t get his name called in June 1998.

Draft status aside, Cousins will not have officially succeeded Miller as the Kings’ last All-Star center until he checks in the showcase on February 15 at Madison Square Garden. In Miller’s last All-Star appearance, he totaled eight points on 4-of-5 field goals, two rebounds, and two turnovers.  It’s hard to imagine Cousins not surpassing those numbers. 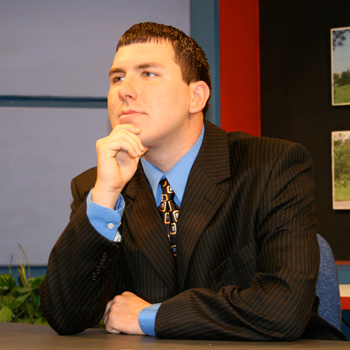