Hedo Turkoglu is back in Sac, at least for a day.

Sacramento Kings Legends Night was last month, but Hedo Turkoglu missed the memo. The ex-King showed up in Sacramento on Wednesday as a member of the rival Clippers and scored 19 points in a win. It was his highest point total since 2012.

If the pep in his step didn’t give you a hint, Sleep Train Arena is a home away from home for Turkoglu. The first Turkish NBA player was drafted by the Kings 16th overall in 2000, and he made a name for himself as a member of the famed “bench mob.”

Turkoglu was traded away in 2003 to the Spurs, and soon after found great success with the Magic, but a trade to Toronto in 2009 began a downward slope for his career. The 6-foot-10 forward was quickly flipped to Phoenix and then back to Orlando, where he was banished to the dog house. Waived in January 2014 and left for dead, the Clippers gave Turkoglu one last chance, which he used to become trusted depth for the playoff club.

“Well I’m 35 years old now,” Turkoglu told Cowbell Kingdom before Wednesday’s game. “When I got here (in Sacramento) I was 21. I’ve got two kids now. I guess I’m calmer now. I guess coming to the end of my career, I enjoy it more and more. Because you’re really going to miss this opportunity and all these environments, so I’m just enjoying every second.”

The journeyman may be slower and sager, but nothing’s really changed. Turkoglu remains a King at heart, and no further proof is needed than his eternal distaste for the Lakers.

“(I’ve) always been against (the) Lakers,” Turkoglu noted. “Now I’m with the Clippers, it’s fun. Those two teams, when we play against each other, the fans mix it up, so it’s fun.”

While no disrespect to Clipper supporters, what the veteran misses most about Sacramento is the fan base. Turkoglu has been reminded every year of the locals’ loyalty by their rousing reactions whenever he comes to town on an opposing team.

“This city deserves everything,” Turkoglu exclaimed. “They’ve always been behind the Kings since they started. These people, they really deserve to be in the new arena. It’s always special whenever I come here. The support I get from the fans, the way they welcome me, it’s priceless. Even when you walk around the city, they will always support you and give their regards to you.”

A fan himself, Turkoglu keeps tabs on the Kings. So when news broke that the franchise hired Vlade Divac, his former teammate, to be Vice President of Basketball and Franchise Operations on March 3, it elicited an emotional response.

“I want to congratulate Mr. V (Vivek Ranadive) about hiring Vlade,” Turkoglu said in the visitor’s locker room. “Vlade did a lot of good things for this organization and this city. So you know, he was the right guy to be hired. He knows the city, he knows the people, and I think he’ll help this organization to get to the right track, to where it was before, and hopefully, it will be sooner than people expect. I wish him luck and hopefully things will turn around.”

Turkoglu also wished to dispel the notion that Divac’s hire was for public relations purposes, and not for basketball reasons.

“First of all, he knows about basketball. He knows European players’ game, and he’ll bring some players here. Him being European doesn’t mean he’s going to bring all Europeans here. He’ll try to find the right one that knows how to play and fit in the organization. Geoff Petrie was like that, when they brought me, Peja and Vlade, and now Casspi’s here. There’s a lot of good players out there and I think Vlade will find the right one.”

When the Kings’ season ends in mid-April, Turkoglu will extend his on-court run into the playoffs. In 15 NBA seasons and soon-to-be 11 postseason appearances, the professional should have an eye for winners. 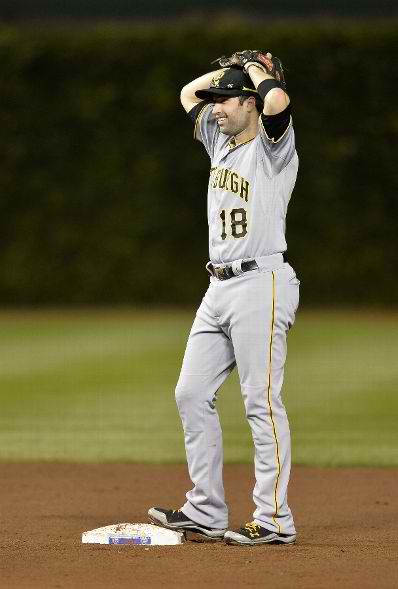 The Clouds Of Perception

If there’s one thing I noticed in the ensuing frustration surrounding Zack Wheeler’s injury and Sandy Alderson defense of the way the Mets handled him,...