A quick look at the cause and effect of the Sacramento Kings recent decisions.

It’s been a long seven or eight months in Sacramento.  The Kings franchise has made a series of choices making little to no sense and a few others that are completely understandable.  There is a narrative out there that the Kings under Vivek Ranadivé are completely crazy, and, to a certain degree, that assessment is fair.  But beginning with the firing of Michael Malone, everything Sacramento has done has been placed under a microscope.  Mountains have been made out of mole hills, and, in all likelihood, the media beatdown will continue.

Maybe Ranadivé is crazy.  Maybe the Kings are so far out of control that even the ghost of Al Davis is shaking his head from the great gridiron in the sky.  There is also the possibility that while there are a few things that the Kings have done that border on lunacy, they have also just become an easy target for the masses.

Sunday is fun day, but it’s also a day to look at things a little differently.  How far out there are the Kings?  Are they close to turning into a black hole and swallowing the universe?  Are they a breakout candidate that will make the national media eat crow?  Or are they the same old Kings still looking for a way out of the cellar?

Here’s a look at the most pivotal moments of the last few months and how they impact the Kings currently and moving forward:

The Decision to Fire Michael Malone

This seems to be the linchpin in everything.  If this decision was never made, we wouldn’t be where we are today.  Malone may be a great coach.  He may also be a less-than-stellar coach.  We will never truly know in Sacramento, because he was sent packing at least 125 games too early.

The shockwaves that followed Malone’s dismissal have set the Kings franchise off kilter.  Without this decision, the team would have likely won more than 29 games, the Tyrone Corbin fiasco would never have happened and the club wouldn’t be dealing with the DeMarcus Cousins-George Karl feud.

It’s not often you can point to a singular event and mark it down for so much chaos, but letting go of Malone was hugely embarrassing for the franchise and sent the team into a downward spiral.

The jury is out on this one, but three coaches in one year is ridiculous.  The brief handling and removal of Tyrone Corbin was strange and somewhat embarrassing for Sacramento.  Karl is a future Hall of Famer. He is engaging, but also intense. His penchant for speaking his mind continues to get him trouble, especially with Cousins.

His résumé is spectacular.  There is no question Karl is the best head coach the Kings have had since Rick Adelman, but ego is getting in the way of him drawing in his best player.

In all honesty, I was excited about the hire.  When you can land a coach with more than 1,100 victories and a long history of returning teams to glory, you jump on it.  But Karl is running out of time to fix his relationship with Cousins.

There should be a sitcom called “Everybody Loves Vlade.”  The former King stepped into an undefined role with the team, and now he is the key decision-maker.  Not bad for a guy who has spent most of the last decade overseas and not building an NBA résumé.

All kidding aside, Divac has taken a beating for his decision to trade away Jason Thompson, Carl Landry, Nik Stauskas and a future first-round pick, but he had no other option if he wanted to shake up a roster that hadn’t crested 30 wins in a long time.

If Divac has truly built a winner, the media will anoint him a savior.  If his team fails to take off, prepare for the Kings to continue to be the butt of every NBA joke.  So far, he has impressed, but no team wins games on paper.

Mullin has gotten a bit of a pass in this debacle that became the Sacramento Kings.  Leaks, Malone’s firing and 57 combined wins over two seasons is all the Kings have to show for the past two seasons. It’s been rough, and these two executives almost made it out of Sacramento unscathed.

In order to move forward, this duo had to go one way or another.  Divac may lack experience, but it’s clear that he has a plan. That was not the case with the previous regime.

I’m not sure that we will ever know just how close the Kings came to dealing their 24-year-old star center, but the mere fact that it was discussed is crazy.  Cousins hasn’t always been easy to deal with, but he is the franchise.  The Kings are never going to get equal value in a deal, so it’s best they hang onto him for now.

Divac built his roster around Cousins.  It’s hard to see him going anywhere unless the wheels completely fall off the Kings’ bus this season.

This is the perfect-fit player to play next to Cousins…now that we know Cousins is staying.  Cauley-Stein is a versatile defender with quick feet and tremendous size.  Passing on Emmanuel Mudiay might come back to haunt Divac, but he took a player who fills a lot of needs.  Only time will tell if Divac made the right decision.

The Kings tried to get Rondo from the Celtics for the better part of a half-decade.  After a rough stretch in Dallas, the 29-year-old four-time All-Star found Sacramento as a lone suitor for his services.  If he comes in healthy and with the right attitude and meshes with his teammates early, Rondo can transform the Kings into a very good team.  If he doesn’t buy into Karl and the team’s direction, he won’t make it past the trade deadline.

Rondo needs the Kings.  The Kings need Rondo.  This is the type of free agent you sign when you are a team mired in chaos, but that doesn’t mean it was a bad decision.

There is no question that the Kings are better than they were a year ago.  Divac chased Wes Matthews, and when he signed with Dallas, the 7-foot Serb spent his money wisely.  Rondo is the key to the offseason, but each of these players has the potential to add something to the team.  This is the most impressive roster overhaul we have seen in Sacramento since Geoff Petrie added Divac, Jason Williams, Peja Stojakovic and Chris Webber before the lockout-shortened 1998-99 season.

There are no promises that this group will find the chemistry necessary to compete in the Western Conference, but the Kings walk into the season with their best roster in more than a decade.

Analytics are all the rage in the NBA, and Oliver is a pioneer in the field.  The Kings received high praise when they stole Oliver from ESPN, and they have been lambasted for the decision to part ways.  The franchise is already looking for a replacement, but the word from inside is that he just wasn’t the right fit and Divac wants someone he works better with.

I like Dean Oliver.  He’s a very nice man, but if he and Divac weren’t able to get on the same page and build a trust, he had to go.

A PR move? Maybe. A solid addition to a deep coaching staff?  Absolutely.  Lieberman is a basketball legend, and the fact that it took this long for her to break into the NBA coaching ranks is a travesty.  Becky Hammon may have broken the gender barrier, but she would never have had a chance to make her name as a professional basketball player if it wasn’t for Lieberman and a few others.

If the Kings weren’t so embroiled in controversy, they would be applauded for this hire.  Instead, it comes across as Sacramento just being Sacramento to many.  There are a lot of people who deserve a shot at coaching at the NBA level, and Lieberman is certainly one of them.

It’s been a wild summer in Sacramento, and it’s only the first week of August.  While from the outside the Kings look like they are in complete disarray, there is plenty to be excited about.  Now, they just need to win some games to quiet the critics.  That always seems to be easier said than done when dealing with this team. 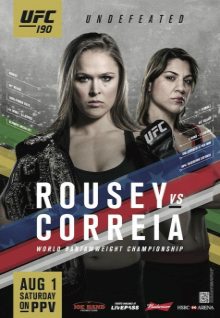 Ronda Rousey will end up being the top earner once all the pay-per-view and other bonuses are handed out, but for the time being...