Well...At Least I Got To Go To Pullman

Well...At Least I Got To Go To Pullman

Kupp had me wishing I was wearing a cup for that kick to the nuts.

Good afternoon/evening and Happy Hump Day, Cougs! I have been excited all week to post something on This Here Blog on Wednesday, because that’s like my thing. Lo and behold, today is Wednesday, not Tuesday as I had been thinking pretty much all of last night and this morning. Holidays are great, but confuse me as a creature of habit. Instead of wasting time at work reading this post, I hope you enjoy snuggling up on the couch with it as you kill time on a football-less evening.

I had the privilege of going to Pullman this weekend for the game and witnessed first hand yet another season-opening disappointment. I have thoughts on the game, the team and the experience so let’s get to them.

Driving from Bellingham to Spokane on the Friday of Labor Day weekend is poopy. What should have been a 5 or 5.5 hour trip took 8. Some of that may have been self-inflicted with what I’ll call a fuel mishap on Snoqualmie Pass, but most of the delays were entirely unavoidable and in no way fun. I’ll have to keep this in mind when planning future jaunts, especially for however long Dave Matthews Band continues Labor Day residency at The Gorge.

The drive from Spokane to Pullman is as beautiful as ever. My girlfriend, who was seeing Pullman for the first time, was nice enough to acknowledge it was pretty as I was practically hyperventilating from Colfax on. Thanks, boo. 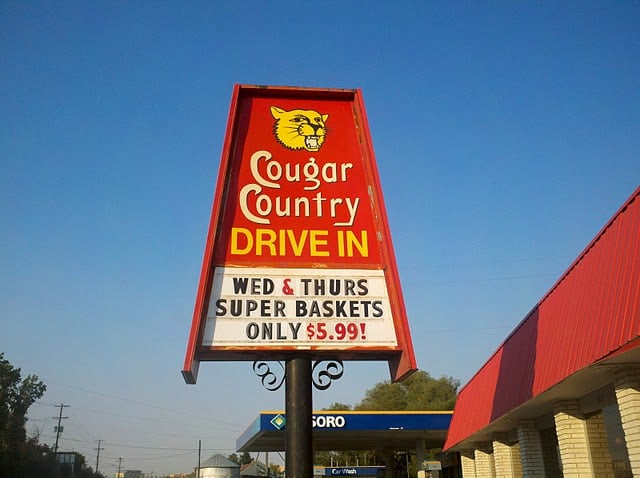 I have some bones to pick with the game day experience. First of all, the change to do the “Cougar Prowl” directly to the Fieldhouse was a good one. There’s already a lot of people there and the excitement was genuine. It helped that my son got to high five Luke Falk and Butch, which totally made his day. Good job all around there. Beyond that, things got a little shaky. My dad splurged for great seats down low on the 50. Unfortunately, said seats aren’t made for anyone taller than 5’8″. By the third quarter, my knees felt like I was out there playing. The tone was set for the ambiance very early on, as security would come by and admonish anyone who was standing in the first couple rows. This was especially problematic for the dude a few seats down who checks in around 6’4″, 350 lbs and was standing primarily because he couldn’t fit into the aforementioned seats. Ironically, it got a little heated late in the game as people were arguing over standing up, but security was nowhere to be seen. If you want food or beverage in the stadium at halftime, there’s a decent chance you’ll miss some game action. If you want to pee and get food or beverage, you are guaranteed to miss some of the game. Look, I know these are first-world problems, but in 2016, they don’t seem unreasonable to ask of the gameday experience. There is a lot of excitement about impending beer sales in the lower bowl, but I can only imagine this will lead to an absurd amount of time standing in lines. When I go back, I’m going to have to seriously consider trying to snag some fancy club seats.

As for the game itself, the more time I’ve had to think about it and stop sulking/pouting/pissing/moaning, the more the game and the outcome make sense. The excitement of last year got us all excited about what was to come, but it was far too easy to dismiss the reality of what needed to be replaced. We didn’t know nearly as much as we thought we knew, but we should have known better. Let me explain:

We knew Falk-to-Marks is an amazing combo and we were right. We thought we knew that replacing Dom Williams on the other side would be seamless because of the talent coming up. I still think Tavares Martin is a talented dude and Dezmon Patmon is freaking huge and looks like a stud, but you don’t just snap your fingers and replace an NFL caliber receiver like nothing happened. It seemed like there was virtually no production out of the X-receiver spot Saturday. Martin looks so good on kick returns that I think he’ll eventually round into a playmaker on offense, but it just won’t be right away.

We knew replacing the left side of the offensive line would be a challenge, but we thought it would be OK. When the offense bogged down in the third quarter, the newly configured o-line was getting carved up by three and four man rushes. I don’t want to dwell too much on the offense since they were about as expected, but it became clear the game was a shoot-out and we were only firing blanks in the third quarter.

We thought this was the most talented Wazzu secondary since the early and mid 2000’s. We should have known that teenagers making their first starts in big-time college football (or kinda big-time anyway) might struggle. The scheme didn’t do them any favors, but Robert Taylor and Jalen Thompson looked out of their depth. Breaking in new starters at both ends of the defense clearly was more of a disruption that we wanted to believe. There was a lot of shuffling and wrist band checking as EWU was snapping the ball. It needs to get cleaned up. As much as he was a whipping boy for the Cougar Twitterverse on Saturday, I have faith in Alex Grinch to make some improvements.

Even with all the changes, we thought Peyton Pelluer and Parker Henry were stabilizing forces in the heart of the defense. They thought it was a game of two-hand touch on Saturday.

We thought since we beat some good Pac 12 teams last year that we were magically done with struggling against a “lesser” opponent. It just doesn’t work that way.

Last week I expressed fear of a 2-4 start. Well, Saturday’s face plant makes 1-5 a very real possibility. Will the 2016 Cougs bounce back like last year’s addition or was the whole thing a fluke and we’re destined for mediocrity? We’ll find out this weekend in Boise, which is probably a terrible place to find out such things.

I’m still on board. I still had a great weekend with my family in one of my favorite places on Earth. Come Saturday night, I’ll get all geared up to do it over again. I honestly have know clue what to expect because even though I think I know things, I know nothing. I’m the Jon Snow of college football blogging.