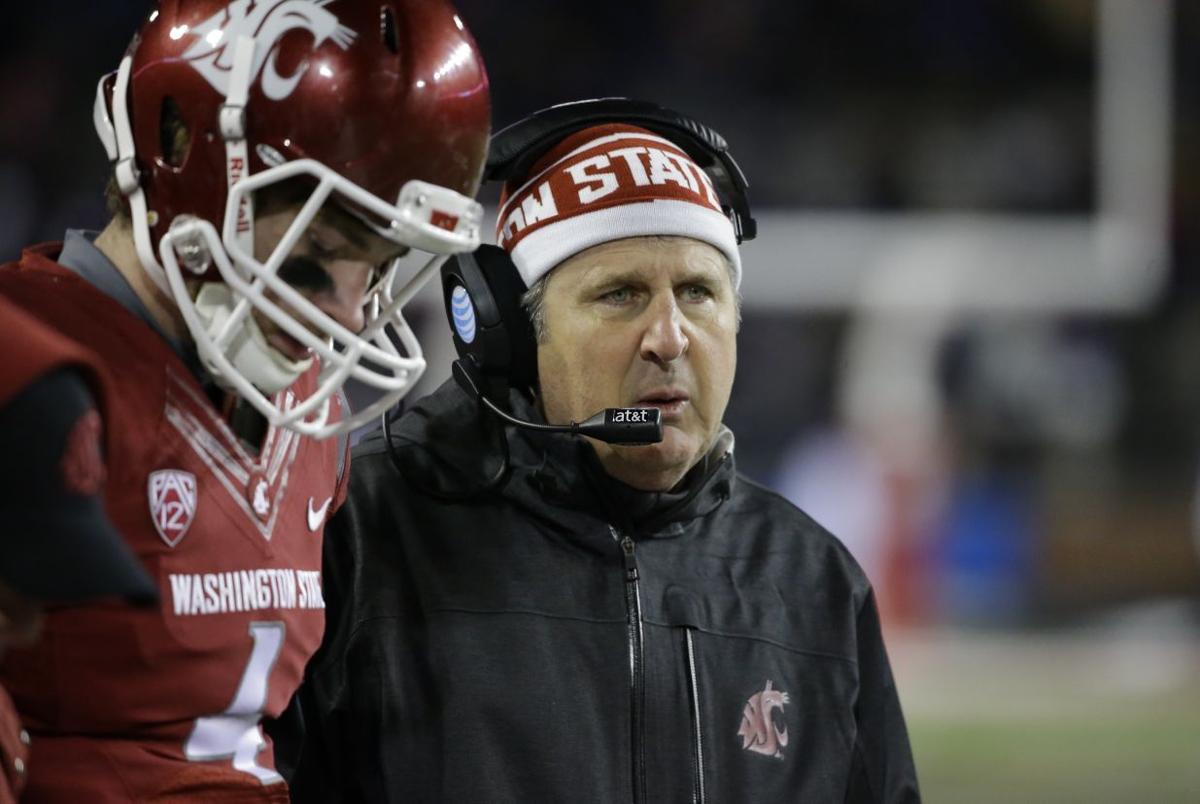 Is an early winter in store for WSU?

Happy Football Friday to you Followers.  Hope you have had a terrific week!

Tomorrow our Cougies take on the Boise State Broncos in a game that is critically important for both teams. For Boise State, a win against WSU paves the way for an unbeaten season, and potentially, a shot at the playoff if Houston bows to Louisville and San Diego State also runs the table.  If that happens, the MWC champ will be undefeated and will have a decent claim to a playoff berth—especially if a couple of the Power 5 conference champions finish the season with two losses.

For WSU, the game represents a chance to save the season. Win this game, and all of a sudden, WSU is once again poised to contend for the Pac-12 North. Lose this game, and bowl eligibility will seem like a very tall order.

With regard to match-ups, well, Brian Anderson at CougCenter once again did a terrific job of previewing the intricacies of Boise State’s offense and the trouble all that motion will pose for our defense.  Of course, my view of the game is much more straightforward.  And since time for me is once again short, I’m going to try to get straight to it. To begin, at the beginning of the season, if you had asked me to identify the strength of this Cougar defense I would have told you unquestionably that the strength was the secondary.  Of course, that was before Shalom’s run-in at Domino’s on the second night of classes.

Anyhow, for me, the loss of Shalom represented THE KEY reason for Saturday’s debacle in Martin Stadium.  Because instead of starting what appeared to be a talented and experienced secondary, our defensive backfield last Saturday night included a true sophomore and three other guys who had played very little college football to date.  Moreover, because Shalom’s suspension happened so late in Fall Camp, Taylor was essentially thrown into the same role that Teondray Caldwell was in the 2014 opener.  And we all remember how that turned out. In contract, this Saturday’s line-up figures to look quite different.  For instance, Luani will be back quarterbacking the defense, while Pippins figures to slide to the Boundary and take back a starting spot opposite Molton.  And while Jalen Thompson may still get it handed to him a few times on Saturday—our back four on Saturday promises to look a lot like last year’s group; whereas Saturday looked and felt like the 2014 group that yielded 38+ points a game.

So, when we look at this Saturday’s Cougar defense, we will see a rebuilt defensive line that includes some holdovers from last year, but also a few new faces.  We’ll still be a bit green at RUSH and at WIL, but we’ll be experienced at the Nickel/SAM as well as in the middle with Pelluer.  And lastly, our secondary will feature 3 guys that have played a lot of quality college football games–including a guy that was an All-Conference safety last year.

Now, compare that line-up to Boise State’s defense.  Last year, BSU’s defensive line was awesome–especially at the end of the year. This year, it includes 4 new starters, and features a couple of true freshman on the two-deeps. The BSU linebacking corps is really solid and deep, but star Joey Martarano suffered a knee injury against the Ragin’ Cajuns and is questionable for Saturday’s game.  And then you have Boise St.’s defensive backfield that features 3 guys that have VERY little game experience, while their best safety is out on suspension.

In other words, if you look at the overall characteristics of BSU’s defense, well, it feels a WHOLE LOT like WSU’s.

On offense, Boise State brings a potentially lethal combination of talent, balance, and trickery.  As we all know, Brett Rypien is a budding star.

Meanwhile, Jeremy McNichols represents one of the nation’s best all-purpose backs, Thomas Sperbeck is an all-conference wide-out, and they also have a JC kid who folks in Boise think could become the best wide receiver out of the bunch.  And so, if you’re looking to compare this BSU offense with a team that the Cougs faced in the past, think about last year’s UCLA team with Rosen, Perkins, and Jordan Payton.  BSU is that kind of good.

Of course, if you look at WSU’s offense, you have the same type of weaponry.  Falk and Marks are stars, so is Cracraft on a good day, and Morrow, Wicks, and Boobie Williams have the potential to be off-the-charts all-purpose guys.  The big difference between the two teams is that WSU has much more depth at the skills, while Boise’s offensive line is a bit more consistent.

Anyhow, when you put two and two together, you can see that these teams are essentially evenly matched.  And, when two teams are more-or-less equal, the safest bet is to take the Home Team and 3 points.  In other words, while Boise State should be considered the favorite in this game, I’ll eat my hat if the Cougs don’t at least cover.

This game is hard to predict for a couple of different reasons.  The first, obviously is emotion, since losing this game might cripple the rest of the season depending on how we play.

But the second reason why this game is difficult to predict is that we really have no idea about who this Cougar Football team is.  After all, our perception of our defense could totally change on Saturday, as could the legitimacy (or lackthereof) of our semi-rebuilt offensive line.

But when it comes right down to it, if I had to wage some hard money, I’d double down on Falk and the rest of his Musketeers.

Last year, Cracraft was marginal at best in the opener but came back to absolutely destroy Rutgers.  I expect him to do the same on Saturday.  In addition, while I expect Marks to be Marks, I also expect Wicks to really hammer that young, inexperienced defensive line.

But perhaps most importantly, I think the Cougs have the edge in the most important category of all, and that is experience and success in close games. Simply put, Falk has successfully engineered 4 game winning drives in his career (all on the road), while Rypien has none.  And so, in a game that figures to be close, I’m prone to side with the team that I think has the most moxy and experience with their backs-to-the-wall.

So, with the game on the line on Saturday night, here’s to thinking that Falk will hit Cracraft for 6 with about :59 seconds left, and the Broncos will be unable to answer before the clock runs out.  Cougs win 42-38 in a game that will make all of us quite worried about a let down against Idaho next week.

Utah 13  BYU 9.  Holy War turns into a major yuck fest. Utah has no offense, while BYU was able to muster only 19 against a really bad Zona defense.  This one is going to be tough to watch, so I won’t.

UW 59  Idaho 0.  This might the score at halftime.  Washington and Stanford are, unquestionably, the teams to beat this year.  Washington, in particular, feels destined for double digit wins.

Texas Tech 38 Arizona State 34.  I am a believer in ASU this year.  But, I think that D needs some more time to gel.  If this game was played next week, I’d pick the Devils at home without hesitation.

UCLA 48  UNLV 24.  Bruins win, but last week’s game indicates that they haven’t improved much from last year’s group of underachievers.

San Diego State 41  CAL 24.  San Diego St. is really good and CAL’s defense is really bad.  Here’s to thinking that the Aztecs are going to show us that CAL’s offense isnt’ that good either.

USC 24  Utah State 23.  Maybe USC is going to figure it out this week and blow USU’s doors off.  But last week indicated that one of the biggest challenges facing USC is lack of good quarterback play.  Like the Cougs, USC’s season could get away from them really quickly if they don’t bring their A-Game this week.

That’s all the time I have for today. I’ll be back Monday with a postmortem of Saturday’s game.  Let’s hope it’s a “happy post” cuz this has been a really, REALLY long and mostly terrible week.