Around the B1G: Week 8 Edition 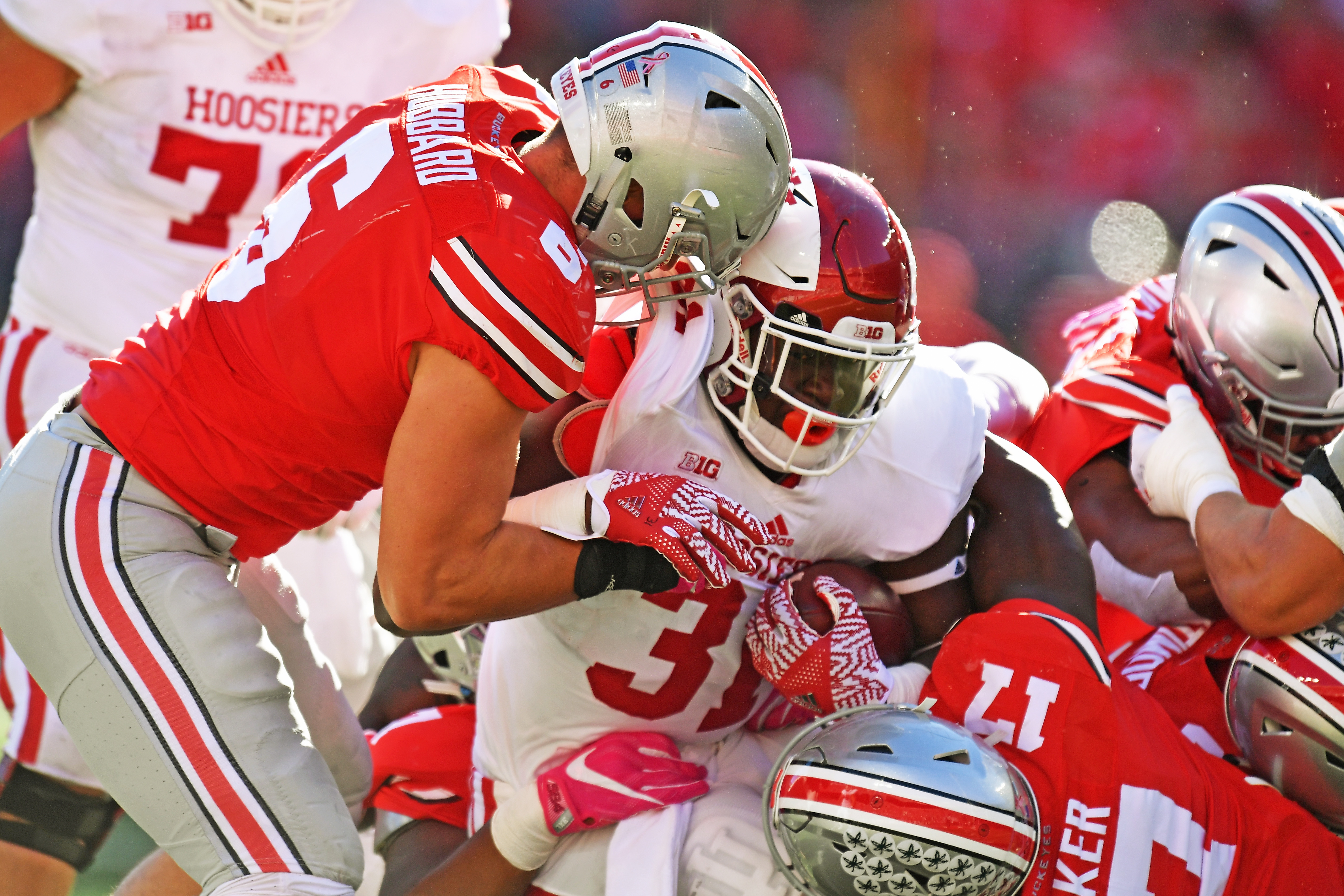 Around the B1G: Week 8 Edition

Time and change will surely show…how quickly articles can change direction.  Today with Around the B1G, I have decided to take a different approach.  In the past, I simply gave you information on each team but today I am going to try giving more of an opinion of the status of the B1G.  So buckle up and enjoy the ride (or fake it).

As long as you did not pay any attention to the monstrosity in Piscataway, there were actually quite a few games around the B1G that almost made me proud of being a member of the conference.  Of course the biggest game of the weekend was our Ohio State Buckeyes traveling into Madison and beating the Badgers in overtime.  I will admit, I was not a fan of the Badgers coming into this game.  My only experience of watching Alex Hornibrook was when he took on the Wolverines and looked absolutely atrocious.  I was not convinced he would be able to throw for any yards against the Buckeyes.

It turns out, I was completely wrong about the Badgers and Hornibrook.  They looked like a completely different team on Saturday night and it was apparent the Badgers took full advantage of the extra bye week to come up with some new looks offensively and defensively.  You could tell it rattled the Buckeyes early as they looked helpless and lost early in the game.  I tip my cap to the Badger players and coaching staff for an excellent gameplan and execution.

The other game took place in Bloomington (take a breath, I know that is hard to believe) between the undefeated Nebraska Cornhuskers and the Hoosiers.  This game did not start out well for the Hoosiers as the Cornhuskers moved the ball at will in the first quarter jumping out to a 17-0 lead.  Led by the much-improved Hoosier defense, Kevin Wilson’s squad was able to rattle off 15 straight points to put the game at 17-15 going into the fourth quarter.  In the end, it was another valiant effort by the Hoosiers but they were unable to pull out the victory for the second straight week losing 27-22.

Outside of those two marquee games, some of the Big Ten tapped into their inner Big 12 and decided to leave their defenses at home.  In West Lafayette, the Boilermakers and Hawkeyes combined for 84 points which is pretty impressive considering both of those offenses are pretty bad.  In Iowa’s defense though, the Boilermakers scored 21 points in the fourth quarter as the Hawkeyes decided to shut things down.

The other high-scoring affair came out of East Lansing where the Northwestern Wildcats and Michigan State Spartans battled to decide who was the Big Ten’s most disappointing team.  As if it was ever a contest, the Spartans won the disappointment contest (but not the game) by allowing the Wildcats to score 54 points as these two teams combined for 94 points.  The Spartans need to find a corner and sit there and think about what they’ve done.

Next week, there are three games I am really looking forward to.  The first is taking place in Kinnick Stadium as the Hawkeyes host the Badgers at noon.  After last week’s battle, how will the Badgers come back against a much improved Hawkeye team?  I think this is one to keep an eye on.

Another game to watch is Indiana heading to Evanston to take on the Northwestern Wildcats who have finally begun to find a rhythm on offense as they are averaging 46 points over their last two games against Michigan State and Iowa.  Just like a letdown game is possible with the Badgers, I wonder how motivated the Hoosiers will be after playing two Top-10 teams close the last two weeks but coming up short.

The marquee game is of course the Buckeyes heading east to take on the Nittany Lions in a “White Out” game.  This is the Nittany Lions most important game of the season because they refuse to acknowledge the Buckeyes are not their rivals.  As bad as the Nittany Lions have been, this game cannot be overlooked by anyone.  These “White Out” games are always played tough mainly because of the toughest environment in college football.  The fans really get into this game and will be a factor.  Will the Buckeye defense be able to shut down Saquon Barkley and Trace McSorley now that the PSU coaching staff has figured out how to use them?

I am still not convinced the B1G is that good this year.  I think they have a bunch of okay teams but the competition level is not where everyone would like it to be.  Outside of the top four teams, there is a significant drop-off to the rest of the division.  Teams like Michigan State, Iowa, Northwestern, and Minnesota have not lived up to expectations this year.  I think a few of those teams are starting to figure things out but this weekend will be key to how the conference plays out.