For The First Time In 71 Years, The Cubs Are NL Pennant Winners 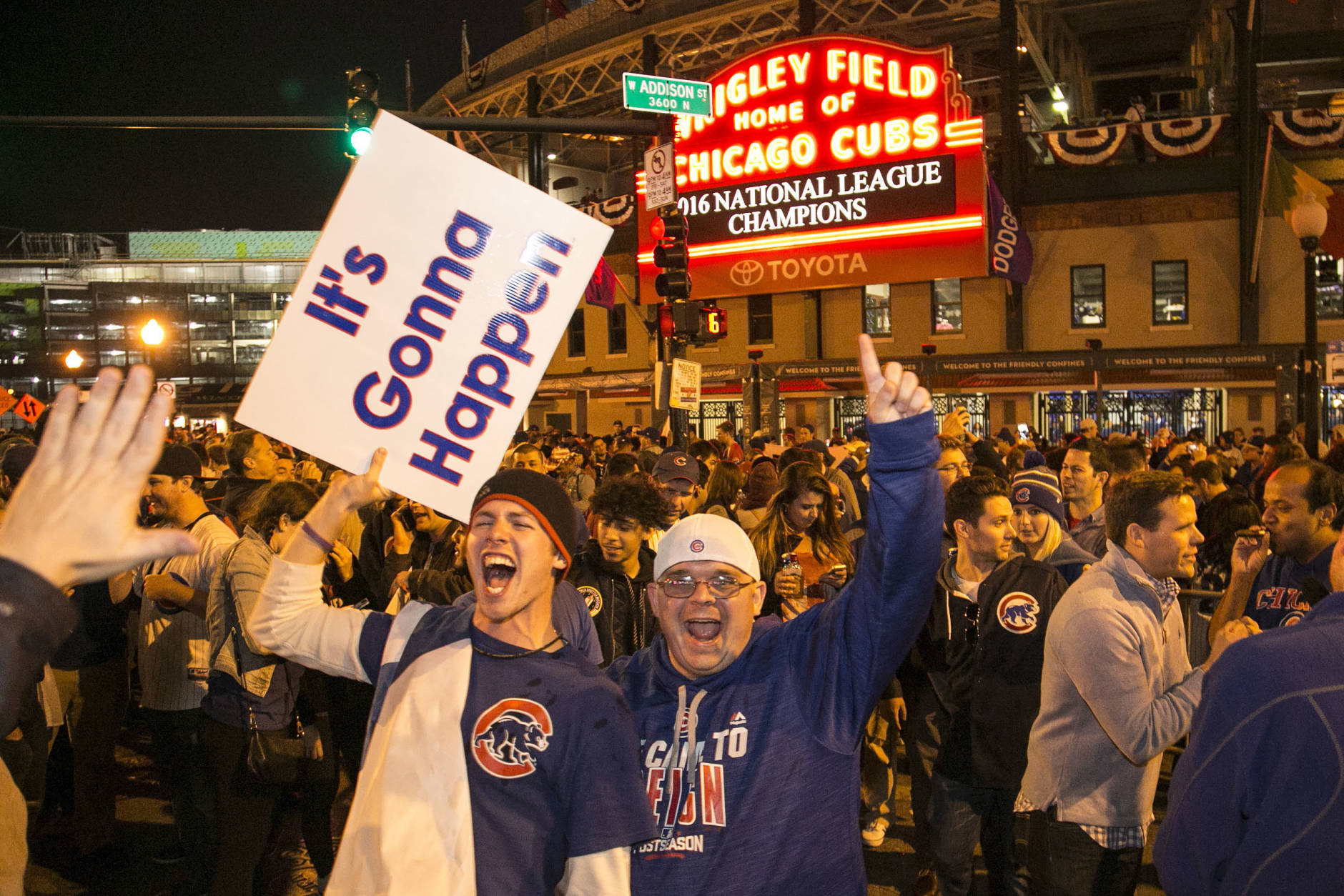 For The First Time In 71 Years, The Cubs Are NL Pennant Winners

That pic above? It’s not Photoshopped. The Wrigley marquee has had an electronic message board since 1982. And for the first time ever, the lights read: ‘National League Champions’.

Since their last appearance in the World Series (1945), the Cardinals have played in 11. Generations have come and gone without seeing what we saw last night. ‘Once in a lifetime’ sometimes isn’t actually once in a lifetime, but I’m very confident you won’t personally witness a 71-year pennant drought end again.

Can confirm reports of heavy foot traffic at the intersection of Clark and Addison. #FlyTheW pic.twitter.com/4CR9q1DZh6

Why not be a part of history?

So I went to Wrigleyville last night to take it all in. The good, the bad… another Bartman? Turns out it was one of the biggest parties the neighboorhood had ever thrown.

Here’s my view when the Cubs clinched. Warning… you probably shouldn’t press play.

Listen, some of you reading this probably are disappointed that the Cubs loooooooong history of pain and suffering is coming to an end. But as a dude that has many Cubs fans as friends, I’m at least happy for their happiness.

That being said, if Mo wants to bookmark these videos and do everything he can to allow St. Louis to have a similar party next October, please, by all means.

We’ll see if the Cubs can close the deal this week. The World Series starts Tuesday in Cleveland.