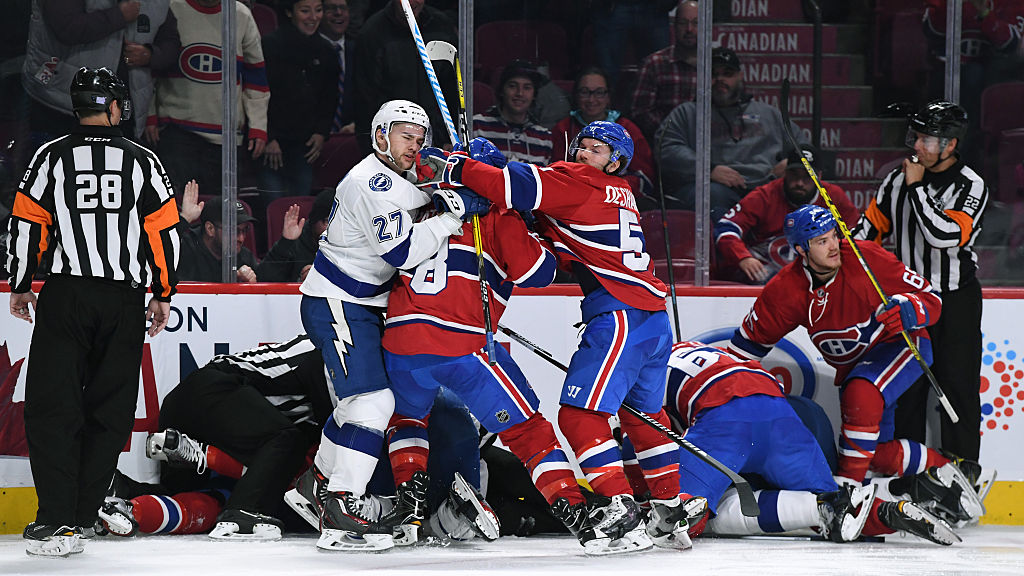 When the Tampa Bay Lightning and Montreal Canadiens meet it’s hard not to feel playoff hockey vibes. The two teams have become very familiar with each other after facing off in the postseason twice in the last three years.

Nikita Kucherov took a spill near the bench and collided with the boards. He returned to the ice in the opening period but didn’t return for the rest of the contest. After the game head coach Jon Cooper didn’t have an update on his condition.

Tampa Bay opened the scoring at 16:08 in the second. Alex Killorn registered a goal for the third straight game on a beautiful pass from Victor Hedman. Killorn leads the Lightning in scoring with six goals in seven games.

Montreal rallied in the third when Alex Galchenyuk scored a power play goal at 6:12. Tying the game energized the Habs and their fans. Max Pacioretty gave his team the lead with a goal at 10:23. Price earned his reputation as one of the league’s elite at his position and the Lightning couldn’t get anything past him. Torrey Mitchell scored an empty net goal with 44 seconds left to secure the victory.

The Lightning continue the 6 game road trip on Saturday as they take on the New Jersey Devils. Puck drop is set for 7:00 pm EST.