Wisconsin hockey falls in front of small crowd at home 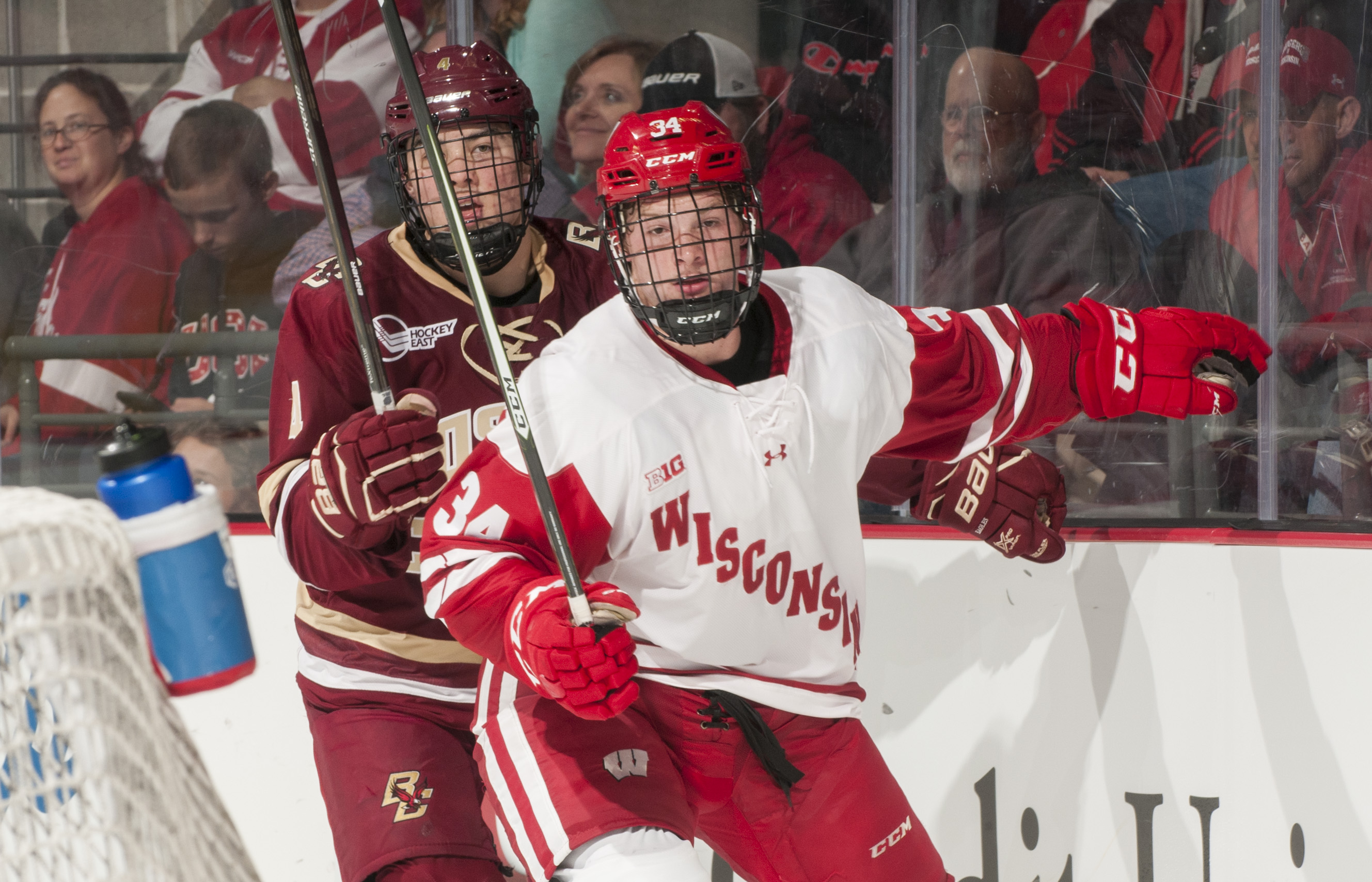 Wisconsin hockey falls in front of small crowd at home

An underwhelming crowd of 7795 people were in attendance Friday night to watch the Wisconsin Badgers fall to the Northern Michigan Wildcats by a score of 5-2.

Wisconsin Head Coach Tony Granato, who was brought in to coach Wisconsin by Athletic Director Barry Alvarez in hopes to revamp the program and sell more tickets, had his Badgers at an impressive 4-2 coming into Friday night’s matchup.

A fact that either Badger fans have ignored or simply do not care about just yet as there was very little of a fan base at Friday night’s loss.

Wisconsin was forced to play from behind early and often as Northern Michigan’s Zach Diamanton started things out fast for the Wildcats finding the back of the net just 33 seconds into the game.

It was the second time this season that Northern Michigan scored within the first minute of the game against Wisconsin. The Wildcats beat the Badgers 3-2 in both teams’ season openers on October 7 in Green Bay.

Freshman Trent Frederic did his best to keep his team in the fight and tied things up in the first period for Wisconsin going coast to coast and netting a wrist shot on the power play.

The motif of scoring early in the period continued for the Wildcats, as Dominik Shine and Filip Starzynski both scored for Northern Michigan within 5 minutes of the second period getting underway to give their team a commanding 4-1 lead

Jurusik was pulled after the fourth goal, allowing four goals on ten shots with just six saves. It was the second straight home game the sophomore has been pulled from the net, the first being in the 8-5 loss to Boston College on October 16th. He was replaced by freshman Jack Berry who ended the night with 6 saves.

“(Berry) has been really solid,” Granato said, “He kept us in the game, and he gave us a chance to come back.”

Granato also said that Berry will likely start for the Badgers tomorrow in net.

The seats started to clear well before the beginning of the third period with the Badgers down 4-1.

The fans that left early did not miss too much but did miss Seamus Malone score on a penalty shot late in the third period. Malone was hooked from behind on a breakaway and slipped a backhand past NMU’s goaltender on the ensuing penalty shot to pull the Badgers to within two goals with 5:24 left in the game.

Wisconsin’s offense just could not do much else, Northern Michigan added an empty net goal and the game ended as a 5-2 loss for the Badgers.

The lack of scoring was not from a lack of effort as the Badgers out shot the Wildcats by a staggering amount, 36-16 Northern Michigan’s goaltender, Mathais Israelsson ended the night with 34 saves.

It went from bad to worse for Wisconsin in the third when senior Grant Besse crashed into the boards on a quick rush down the ice. Besse was slow to get up and did not play the rest of the game.

“(Besse) is bruised up for sure,” Granato said, “right now I don’t know his status for tomorrow.”

Wisconsin slipped to 4-3-0 with the loss and takes on the same Northern Michigan team (3-5-1) tomorrow night at the Kohl Center. With the Wisconsin football team playing away and early in the day, Granato and his boys will hope for a better turn out from the fans and a better result on the ice.

“We have to be better tomorrow.” Granato said.