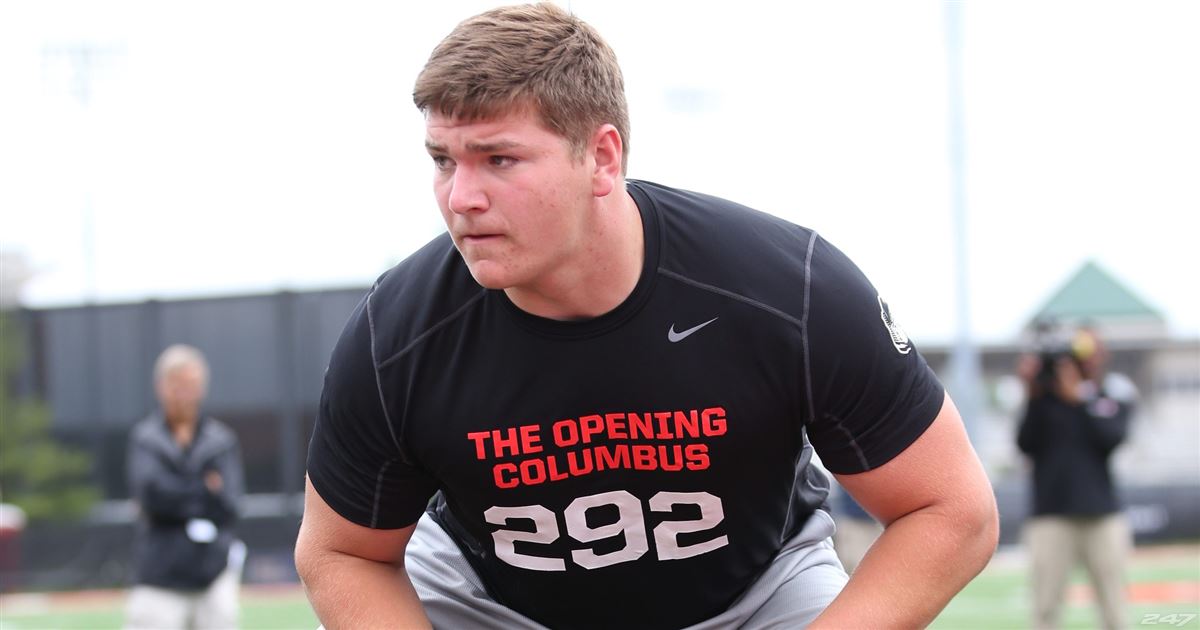 With only one senior on the offensive line this season in Pat Elflein, the Buckeyes are relatively young at this position moving forward. They should return four starters next season unless junior Billy Price decides to go to the NFL early. He has said that he would return for his senior season and take over the role at center left vacant by Elflein to improve his draft stock by proving he can play multiple positions on the line. The two young pups on the line this season have performed well in Michael Jordan and Isaiah Price, although the later struggled a bit in a few games during the Buckeye offensive slump. It is proof that the Buckeyes can and have been recruiting the right athletes at this position over the past few seasons as normally such young kids would not be developed enough to come in and play this soon. Jordan is the first true freshman to come in and start since Orlando Pace did it in 1993.

The 2017 class is highlighted by three very talented offensive lineman in Josh Myers, Jake Moretti and Wyatt Davis. Myers hails from Miamisburg, Ohio and is a 5-star recruit and the #1 overall prospect from the state of Ohio. He committed to the Buckeyes back in January of 2015, and is slated to play in the U.S. Army All-American Bowl on January 7th, 2017 before enrolling at Ohio State in January. Jake Moretti is from Arvada, Colorado and committed to the Buckeyes back in July of 2015 over the home school Colorado Buffaloes. Morett is an offensive guard and is ranked as the 13th best in the nation, and the #2 overall prospect from the state of Colorado. And maybe the biggest surprise for the offensive line is Wyatt Davis from Bellflower, California. Davis had a June visit tour of Notre Dame, Michigan and Ohio State, and less than a week later decided to commit to the Buckeyes. Davis is the 6th best prospect out of the state of California and the number one offensive guard prospect in the country. All three of the Buckeye commitments rank inside the top 100 overall prospects in the nation according to 247Sports rankings.

The Buckeyes might be done with the class of 2017 on the offensive line, but they are still pursuing Trey Smith out of Tennessee hoping to bring the nations #5 offensive tackle on board as well. Smith has been pegged to attend Tennessee from the get-go, however we know that once Urban Meyer has kids visit Ohio State, anything can happen. He will be on campus for a big recruiting weekend when the Buckeyes host the Wolverines on November 26th. Expect the Buckeyes to roll out the red carpet treatment and try to impress upon Smith how solid the Buckeye program is at putting lineman into the NFL, and preparing them for life after football.

The Buckeyes currently sit at two commitments for the class of 2018, and while both are on the offensive side of the ball, neither of them is an offensive lineman. However, the Buckeyes have their sights set on quite a few high profile athletes in this recruiting cycle including Jackson Carman out of Fairfield, Ohio. Carman is ranked as Ohio’s #1 prospect for the class of 2018, and is the 3rd ranked offensive tackle in the country. He has been a frequent visitor at Ohio State games this fall, and most believe that it’s only a matter of time before he picks the Buckeyes. He has visited Notre Dame and Alabama as well this fall, and Notre Dame is the other school to watch in this one.

Another name to watch for is Matt Jones out of Brooklyn, New York’s Erasmus Hall High School, home to current Buckeye Curtis Samuel. There is no doubt that the success of Samuel at Ohio State is having a positive effect on Jones, as currently he has a 100% crystal ball projection to the Buckeyes. He visited for the Friday Night Lights camp this past July and since then has been offered by Tennessee. Jones is the #1 player from the state of New York, and could potentially also play on the defensive side of the ball depending on where the Buckeye see him fitting in.

There are a litany of other players that the Buckeyes have on their early radar including Jamaree Salyer the #1 offensive guard in the country. Salyer has 21 offers and currently has a crystal ball projection of playing for his home state Georgia Bulldogs. Richard Gouraige is another top offensive lineman with a Buckeye offer, and he hails from Florida. Other names to keep an eye on going forward are Nicholas Petit-Frere and Cleveland Reed out of Florida, and Darrell Simpson from the state of Texas. One Ohio guy to watch is Blaine Scott out of Portsmouth. While he doesn’t have an Ohio State offer yet, he is still high on the Buckeyes and will probably earn an offer down the line. He has recently been on a visit tour, hitting up Tennessee, Kentucky, Michigan State and Penn State along with a stop to see the Buckeyes.

The Ohio State Buckeye coaching staff is very selective in offering offensive lineman very early, as they tend to continue to grow and develop further into their high school careers. Having misses in recruiting on the offensive line can set your offense back drastically if you do not have enough quality players to protect your quarterback and open up holes for the running game. The Buckeyes only have one offer out to a 2019 athlete and that is Devonte Dobbs out of Bellville, Michigan. Dobbs currently has a 83% crystal ball projection to play for the home state Wolverines, but the Buckeyes have plucked a few gems out of the state up north recently, so never count out the Buckeyes recruiting Michigan kids.

The Buckeyes have had some great lineman come through the program in the Urban Meyer era who are now playing on Sundays like Jack Mewhort, Andrew Norwell and Taylor Decker, not to mention all the previous Buckeyes who have gone on to have solid NFL careers. That looks to continue next year when Pat Elflein leaves the program after four solid years on the offensive line. Elflein was a low 3-star recruit that came in when Luke Fickell took over for Jim Tressel after he resigned, and blossomed into one of the biggest leaders on this 2016 team. I look for Billy Price to take over that mantle next year along with returning starters Jamarco Jones, Isaiah Prince and Michael Jordan. The Buckeyes have built up depth at the offensive line position, but they want to make sure that they are getting everything they can out of them to succeed on not only the collegiate level, but to provide them an opportunity to continue their careers professionally as well.