#3 Michigan Barely Leading Iowa At Half 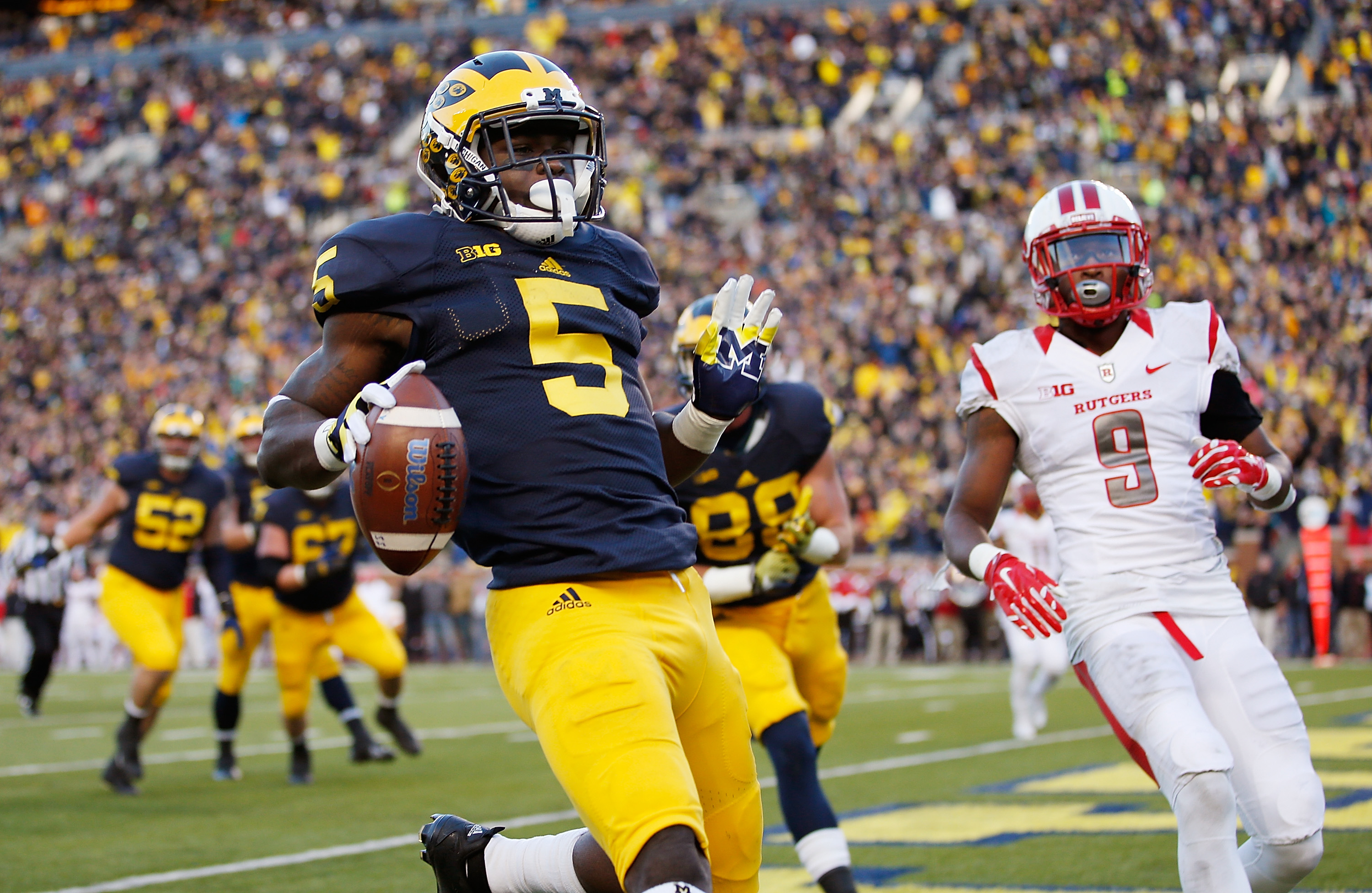 #3 Michigan Barely Leading Iowa At Half

ANN ARBOR, MI – NOVEMBER 07: Jabrill Peppers #5 of the Michigan Wolverines runs in for a second quarter touchdown in front of Saquan Hampton #9 of the Rutgers Scarlet Knights on November 7, 2015 at Michigan Stadium in Ann Arbor, Michigan. (Photo by Gregory Shamus/Getty Images)

A game in which many college football reporters placed as a trap game — those premonitions may be coming true. The Iowa Hawkeyes, down 10-8 at halftime, kicked a 25-yard field goal with 9:55 left in the 3rd quarter to take the lead, 11-10.

Neither quarterback has fared well so far. Michigan QB Will Speights is 8-19 for 79 yards and Hawkeyes quarterback, CJ Beathard, is only 6-14. This game should and will come down to which defense can make the biggest plays. However, Michigan has Heisman candidate Jabril Peppers — a game changer. Peppers can effect the game in so many ways that it is only a matter of time before he makes an impact on this particular game.

#Hawkeyes have the lead on #Michigan in the 2nd half. Quick, someone give Kirk an extension!