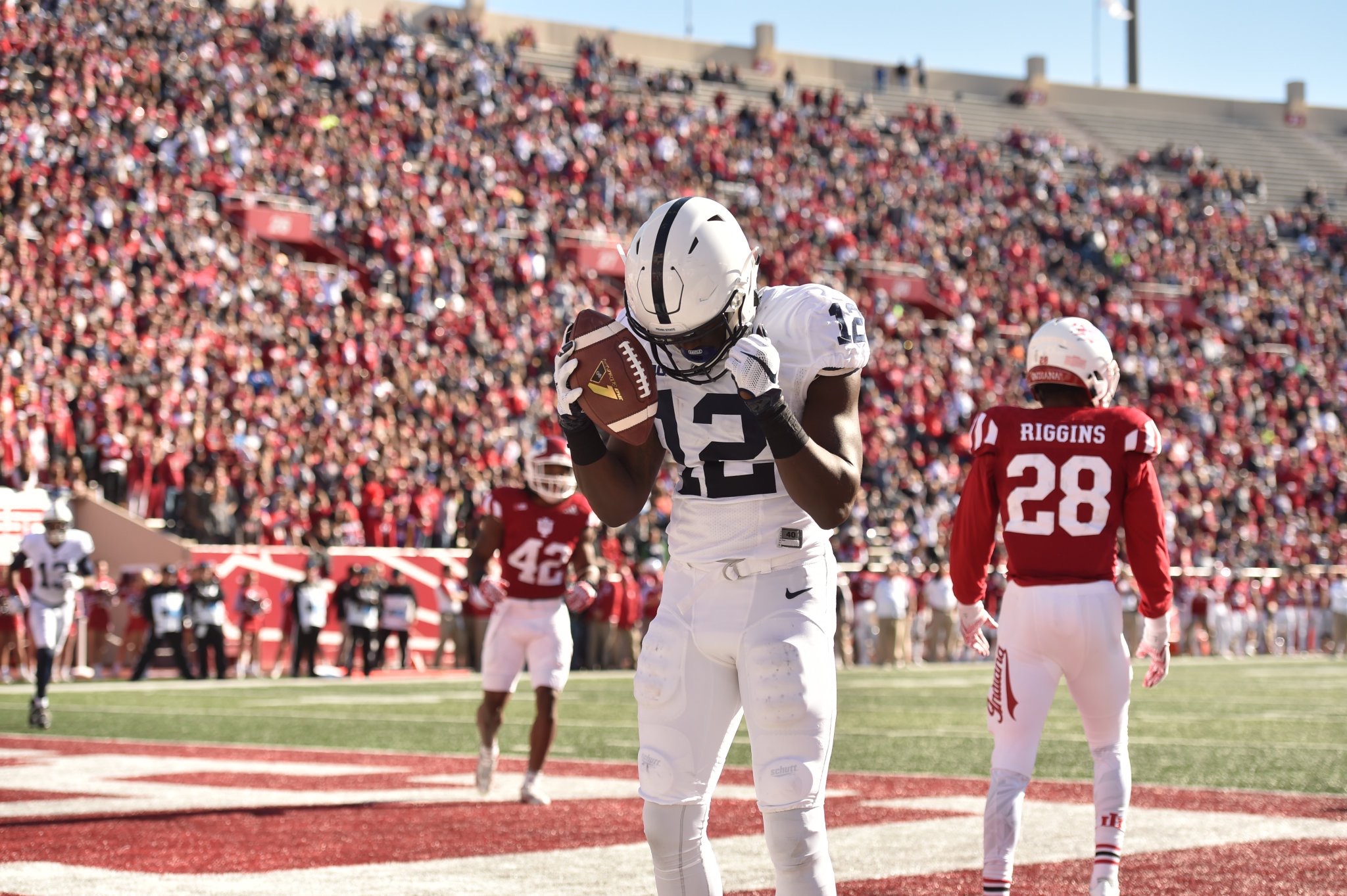 We all knew going in that this would be a dog fight until the end, but Penn State almost bit off more than they could chew in this one.

Penn State headed to Indiana for a battle with the Hoosiers, and the offense got clicking early.

Miles Sanders returned the opening kickoff to PSU 40 and McSorley quickly got going with a 32 yard pass to Barkley and then a 17 yarder to Godwin. On 3rd and goal from the 10, McSorley took it himself for the score, 7-0 Lions. After this, things slowed down, Indiana punted on their first two drives and so did Penn State, PSU then had a turnover on downs , but was saved by a Indiana fumble. Penn State still couldn’t get anything going and punted. Indiana’s offense got going as QB Richard Lagow linked up with his receivers for gains of 27 and 24 yards before he found Ricky Jones for a five yard touchdown on 3rd and goal, tied at 7. Penn State could not answer immediately,  but Indiana had another fumble,that  the Penn State offense couldn’t do anything with, and then the Hoosiers fumbled again on the first play of their next drive, but again it resulted in nothing, but on the punt, it grazed an Indiana player on the six yard line and Penn State recovered. McSorley hit Godwin for the score, 14-7. Penn State tried to go for another score before half, but McSorley was picked off giving Indiana the ball at the PSU 32. Devine Redding powered his way for the 12 yard score to tie the game again heading into the half.

Indiana did move the ball to start the second half, but their drive stalled in a PSU territory and they settled for a 47 yard field goal from Griffin Oakes to take a 17-14 lead. McSorley was then intercepted again deep in his own territory and Indiana was in business again. They moved the ball to the one yard line, but on 4th down, linebacker Brandon Smith broke up Lagow’s pass to save the day. Barkley couldn’t get anything going and Penn State punted again. It only took Indiana 5 plays to go 74 yards as wildcat QB Zander Diamond threw a 52 yard bomb to Caminon Patrick to the seven yard line, Redding scored two plays later, 24-14. This is when Penn State took over. McSorley hit Blacknall for 43 yards then two plays later hit Godwin for 21 and the touchdown, 24-21. After a quick Indiana punt, Penn State got back to work and they went to Barkley who picked up gains of five and 12 yards on back to back plays. It looked like Barkley was getting a third straight carry before he flipped it back to McSorley who hit a wide open Hamilton for 54 yards to the four yard line. Barkley punched it in two plays later, 28-24 Penn State. Indiana answered as Lagow linked up with his favorite target Nick Westbrook for the 40 yar score, 31-28 Hoosiers. Two drives later, Penn State got things going and reached the Indiana two, that’s where Barkley punched it in for his second score, 35-31. The defense held again quickly getting a turnover on downs and the Lions added a field goal to make it 38-31 with just under a minute left. As Indiana got their drive going, Lagow was hit by Brandon Bell who forced him to fumble and Torrence Brown scooped it up for the score to secure the victory.

Indiana gave Penn State quite a scare on Saturday and almost pulled the upset. Barkley was practically nonexistent and really struggled to find holes, especially after OT Paris Palmer got hurt, leaving Penn State without its top three offensive tackles. McSorley was a little banged up, his ankle was wrapped on the sidelines, and he wanted no part of the read option, leaving Barkley doomed. McSorley’s two picks were very bad decisions and could’ve been avoided. The receivers did struggle to get open all game. The flea flicker was the real turning point in this one and brought a spark to offense that “struggled” scoring 38 points. Penn State did not capitalize on Indiana’s four first half turnovers and that’s what kept this one close.

Lagow totched the Lions’ defense there’s no way around it. It looked too easy out there for him, luckily, adjustments and a running game that got shut  down made it hard for him to spark a comeback. Th line played pretty well, but the secondary has work to do, especially with a possible playoff run still in play. Overall, the defense got the five turnovers and made the big plays when it mattered, as long as your offense is putting up points, that’s all you could ask for.

A win is a win, and Penn State grinded out this one. The #10 team in the country should become better as Texas A&M, Washington, Auburn, Clemson, and mmost importantly Michigan all lost on Saturday. Michigan losing means that Penn State has a shot at the Big Ten title game if they win out and Ohio State beats Michigan, that’s all good and exciting, but this team should shift its focus to win their next game.

Up next: at Rutgers