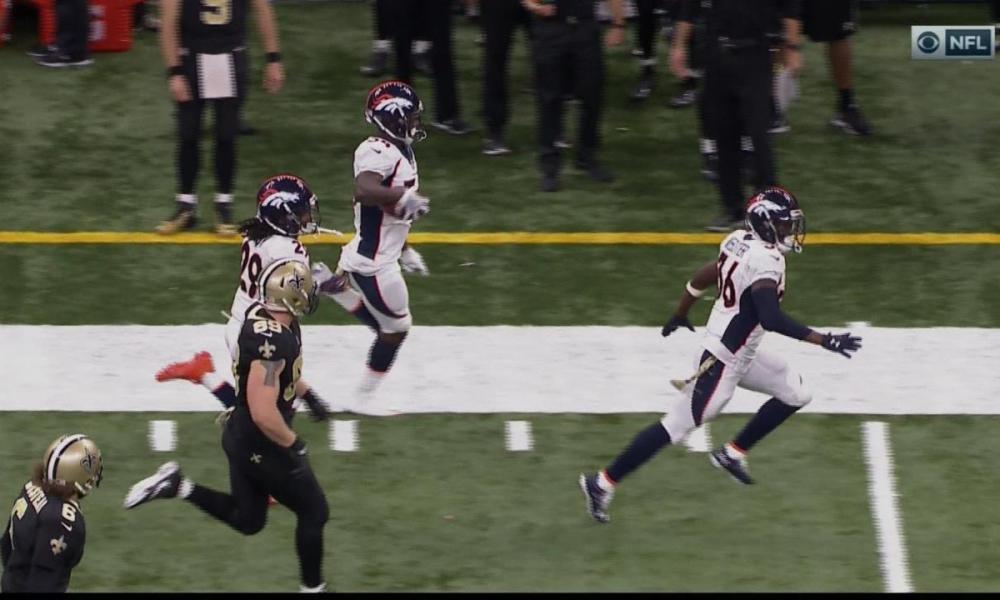 In an incredibly reminiscent play to the offensive pass interference call on the game winning TD to Jimmy Graham in 2014, the Saints lost to the Broncos on a crazy sequence. Just like in that game the Saints fought back and made an incredible TD that gave them a chance to win, and the embarrassing, incompetent officiating that the NFL is so well known for reared its ugly head. A Broncos player CLEARLY had part of his foot out bounds as he was returning a blocked PAT (which may or may not have happened because of leverage). This play came after an unbelievable catch by Brandin Cooks over two defenders to presumably give the Saints the lead. Instead of euphoria, or at minimum forcing Denver to earn its victory, the incompetent and gutless officiating that has been a major part of the NFL’s decline in the ratings once again reared its head and decided the outcome of a game.

The only positive to take from this game was that the Saints showed the same incredible fight they have all season long, and while they lost yet another close game at least they played their hearts out. Unfortunately I’m all out of appreciation for moral victories at this point. The reality is that Denver has a phenomenal defense, and the margin for error was always going to be low. The Saints had 4 turnovers and 3 of them fall on the hands of stand out rookie Michael Thomas. Thomas had his first ‘rookie game’ at the worst possible time. He caused a tip drill interception early in the game by not securing an admittedly tough catch (the type he’s made all year), but the real killer was his TWO fumbles in the 4th quarter. In particular his first fumble was a back breaker for the Saints. Their defense was rolling (no that’s not a misprint), they were beating the tar out of Trevor Siamian, and they were moving the ball on Denver at will. All of that changed when Thomas fumbled the ball costing the Saints a chance to put the Broncos away.

I’m going to go bang my head against the wall for an hour so here are the rest of the game observations:

The NFL wonders why its ratings are going down. I’ll tell them. It’s games like this. fans don’t want to see the outcome of the game be decided by officiating. Park’s foot was out of bounds, it was obvious on the replay. Instead of making the right call they pulled the same gutless ‘call stands’ crap they always do and we will probably get an apology from the league halfway through the week (except we’re the Saints so we won’t). The Saints blew this game, they did it against the Raiders, they did it against the Giants, and now they’ve done it against the Broncos. This team is CLOSE to being very good, but also close to being very bad. They simply don’t have the margin to fight past awful officiating like that.