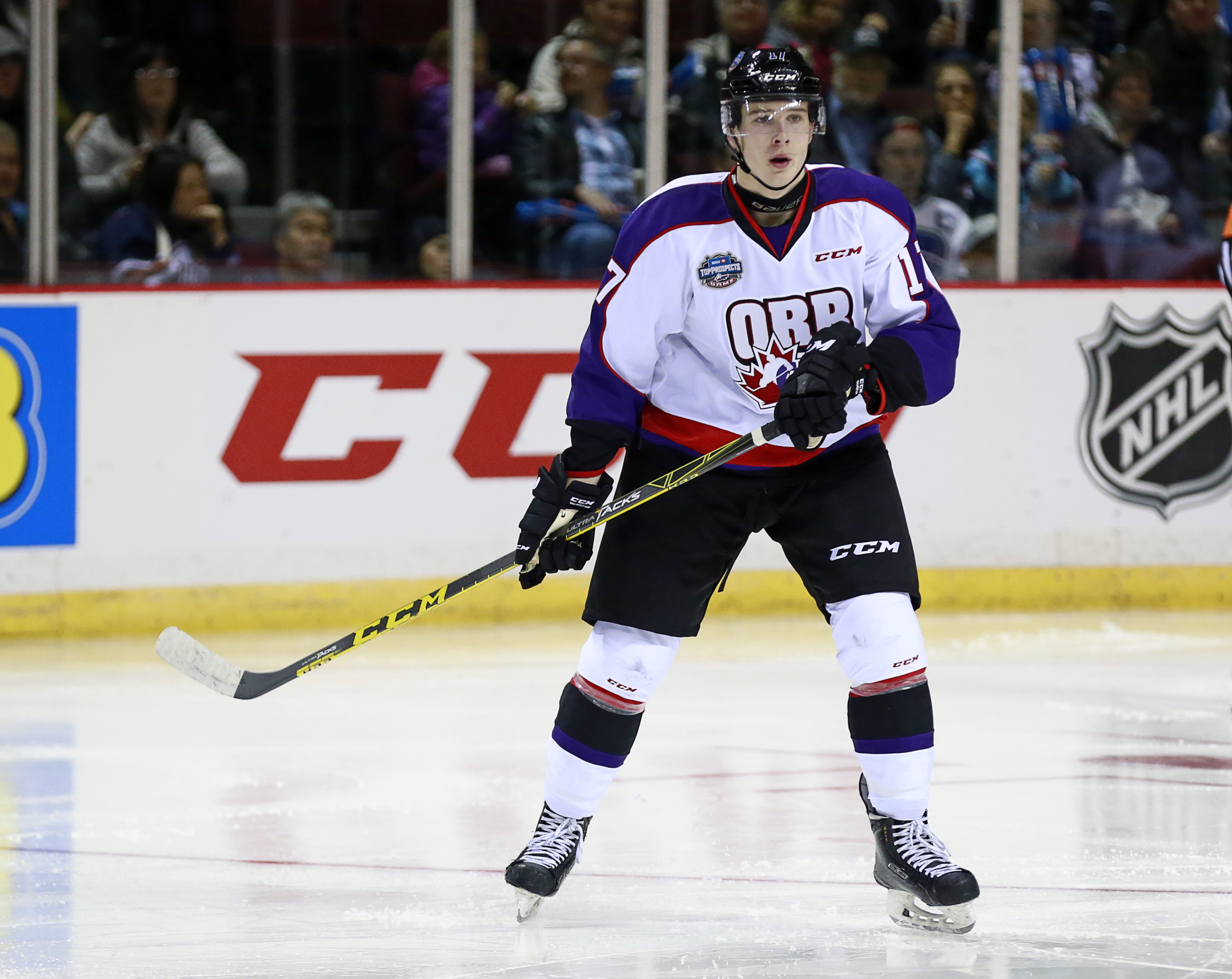 Tampa Bay Lightning prospect Taylor Raddysh scored two goals and an assist to lead the OHL to a 5-2 win over Russia in Monday’s Canada – Russia Series game in Hamilton.

The Lightning selected Raddysh with the 58th pick overall in the June draft.

The OHL’s point leader scored two goals in 48 seconds in the second period before dishing out an assist to lead the OHL to a 5-2 win in the OHL portion of the CIBC CHL Canada-Russia Series.

ST CATHARINES, ON – OCTOBER 6: Taylor Raddysh #17 of the Erie Otters skates during an OHL game against the Niagara IceDogs at the Meridian Centre on October 6, 2016 in St Catharines, Ontario, Canada. (Photo by Vaughn Ridley/Getty Images)

The Erie Otters 18 year old winger scored on a penalty shot to make it 2-1 and then blasted one in to give the Canadians a 3-1 lead.