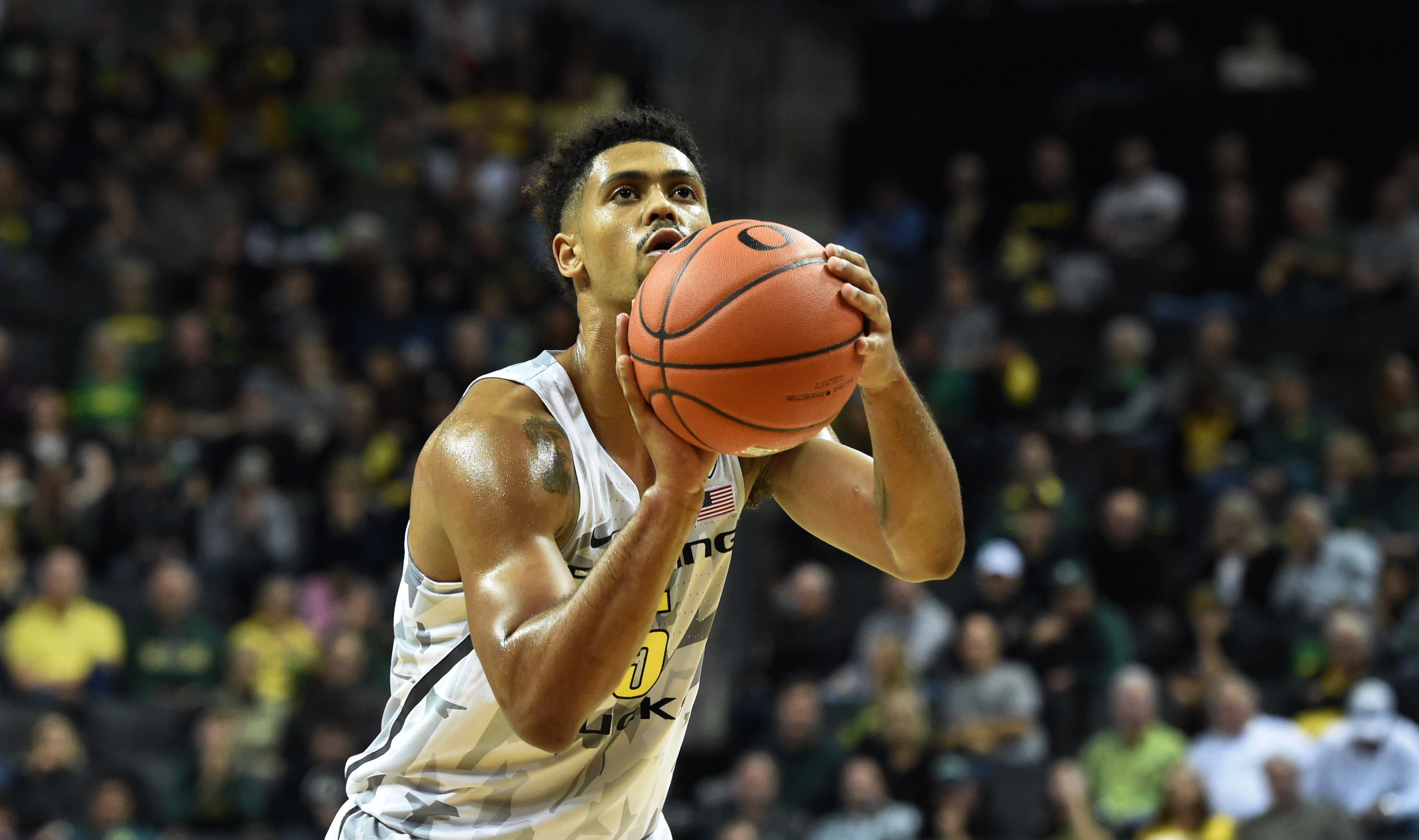 Chris Boucher started the scoring by hitting one of his patented corner 3’s, unfortunately it would be the only one he connected with. Baylor had this one circled on their schedule and Oregon coming in with a #4 ranking just made it even sweeter revenge. Jerry Allen harkened back to those days when the Ducks hosted a highly ranked team and took it to them in front of an energized crowd, and that’s exactly what it looked like.

Following Boucher’s opening 3, on successive trips down the court, Boucher missed a 3, Tyler Dorsey missed a 3 and Dylan Ennis completed the Miss a 3 trifecta with a clank off the rim.  Fortunately at this point Baylor wasn’t doing much better and with 13:49 left it was 8-8. The Ducks had a chance to take the lead, down 15-14; instead, Baylor went on a 10-0 run, and it was 25-14 with 6:47 on the clock. It was the all Ennis the rest of the half for the Ducks; scoring the final 9 of their 23 points to trail Baylor by 10.

The Ducks looked like the # 4 team in the country for the opening minutes of the second half blitzing the Bears 9-0 to make the score 33-32. But, like in the first half the Ducks could not make it over the top; Baylor responded and stretched the lead back out to 38-32. The closest the Ducks would get after that was 45-42, and Baylor was on cruise control the rest of the way.

The camera spent a lot of time focusing on Dillon Brooks sitting on the Oregon bench; and well they should as his absence is glaring. Oregon finished the game shooting 19-58 from the field, 33%. From behind the arc, they were 3 of 21, 14%. Ennis’s burst at the end of the half was great; but throughout a game, iso ball stagnates an offense. With Brooks on the court; though he will dominate the ball, the other players will be active and engaged in the offensive attack.  Without him today, the Ducks came down and Baylor knew exactly what was going to happen every time. The ball would be passed around the outside until, with the shot clock running down, a Duck would take a desperate run at the basket, try a lob to a double teamed teammate or why not heave up another 3. The easy way to get a team out of a zone defense is to hit 3’s. But even though that clearly wasn’t working for them the Ducks kept shooting them instead of cutting to the basket, setting screens, moving the ball. Meanwhile on defense the Ducks were getting dizzy as the Bears ran where and whatever they wanted to.