What Needs to Happen for Wisconsin to make the College Football Playoff? 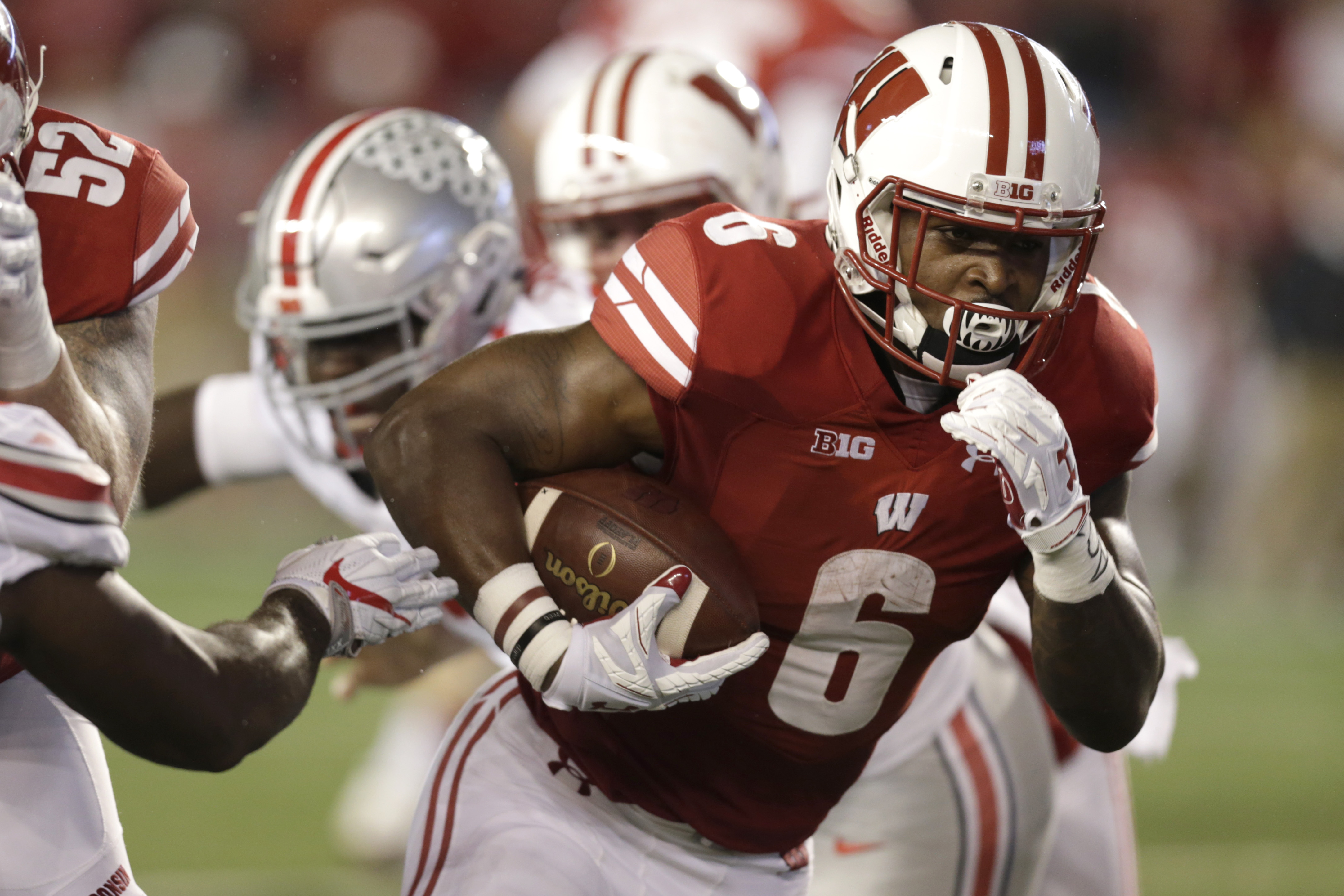 What Needs to Happen for Wisconsin to make the College Football Playoff?

Heading into the final week of the regular season, the Wisconsin Badgers are still right in the thick of the playoff race. In the last College Football Playoff Ranking, they were ranked 7th. However, after Louisville’s shocking loss to Houston, the Badgers will likely climb to 6th.

ANN ARBOR, MI – NOVEMBER 07: Jabrill Peppers #5 of the Michigan Wolverines runs in for a second quarter touchdown in front of Saquan Hampton #9 of the Rutgers Scarlet Knights on November 7, 2015 at Michigan Stadium in Ann Arbor, Michigan. (Photo by Gregory Shamus/Getty Images)

If Michigan beats Ohio State this Saturday, they win the Big Ten East and receive a spot in the Big Ten Championship game. The same goes for Ohio State if they beat Michigan while Michigan State beats Penn State. If Wisconsin beats either of those two teams in the Big Ten Championship game, they are in. Period. It doesn’t matter what happens in any other games. If Wisconsin wins the Big Ten and beats a top three Michigan/Ohio State in the process, they are playoff bound. Heck, if that happens, they would probably be a two or three seed and avoid Alabama in the first round.

Will Wisconsin make the Playoff in this scenario? YES

Where it gets more complicated is if Ohio State beats Michigan and Penn State beats Michigan State. In this scenario, which actually has the highest odds of happening, Penn State would win the Big Ten East since they hold the head-to-head tiebreaker over the Buckeyes. They would then face the Badgers in the Big Ten Championship. If Wisconsin wins that game, they still would need some outside help to make the playoff.

The reason for that is simple. Anything short of the sky falling, Alabama is in the playoff. Ohio State would also be in the playoff in that scenario. Even though the Badgers would be the Big Ten Champions, as much as it pains me to admit it, Ohio State has a vastly superior resume. They would have three top ten wins, including road wins against Oklahoma and Wisconsin. They also own a 59-point drubbing of Nebraska. A one-loss Ohio State team would be, and deserves to be, in the playoff.

That leaves four teams- Clemson, Washington, Wisconsin, and Oklahoma, fighting for two playoff spots. If Clemson wins out, and they will be heavily favored in their two remaining games, they are in the playoff. Them losing to either rival South Carolina or in the ACC Championship game would eliminate the ACC, and would be best case scenario for the Badgers.

If Clemson does win out, the final spot would presumably go to Washington. I may disagree, but the committee currently has the Huskies ranked one spot ahead of the Badgers. If Wisconsin beats Penn State in the Big Ten Championship, and Washington beats either a Top 10 Colorado or USC team, it likely will not change. So Wisconsin fans need to hope that Washington State springs the home upset this Friday against their instate rival.

If Washington loses, then it would be between the Badgers and Oklahoma for the final playoff spot. In that case, the committee would have a very interesting decision to make that would have Wisconsin fans sweating until the final announcement.

Both teams have two losses. Wisconsin’s losses were closer, and can be considered “better losses”. But Oklahoma has the best win (at West Virginia), and the chance to add another top 15 win against Oklahoma State. Wisconsin is currently ranked higher, but it wouldn’t be shocking to see the Sooners leap frog them at some point. The Badgers would be at the mercy of the playoff committee, and I could honestly see it going either way.

Will Wisconsin make the playoff in this scenario?