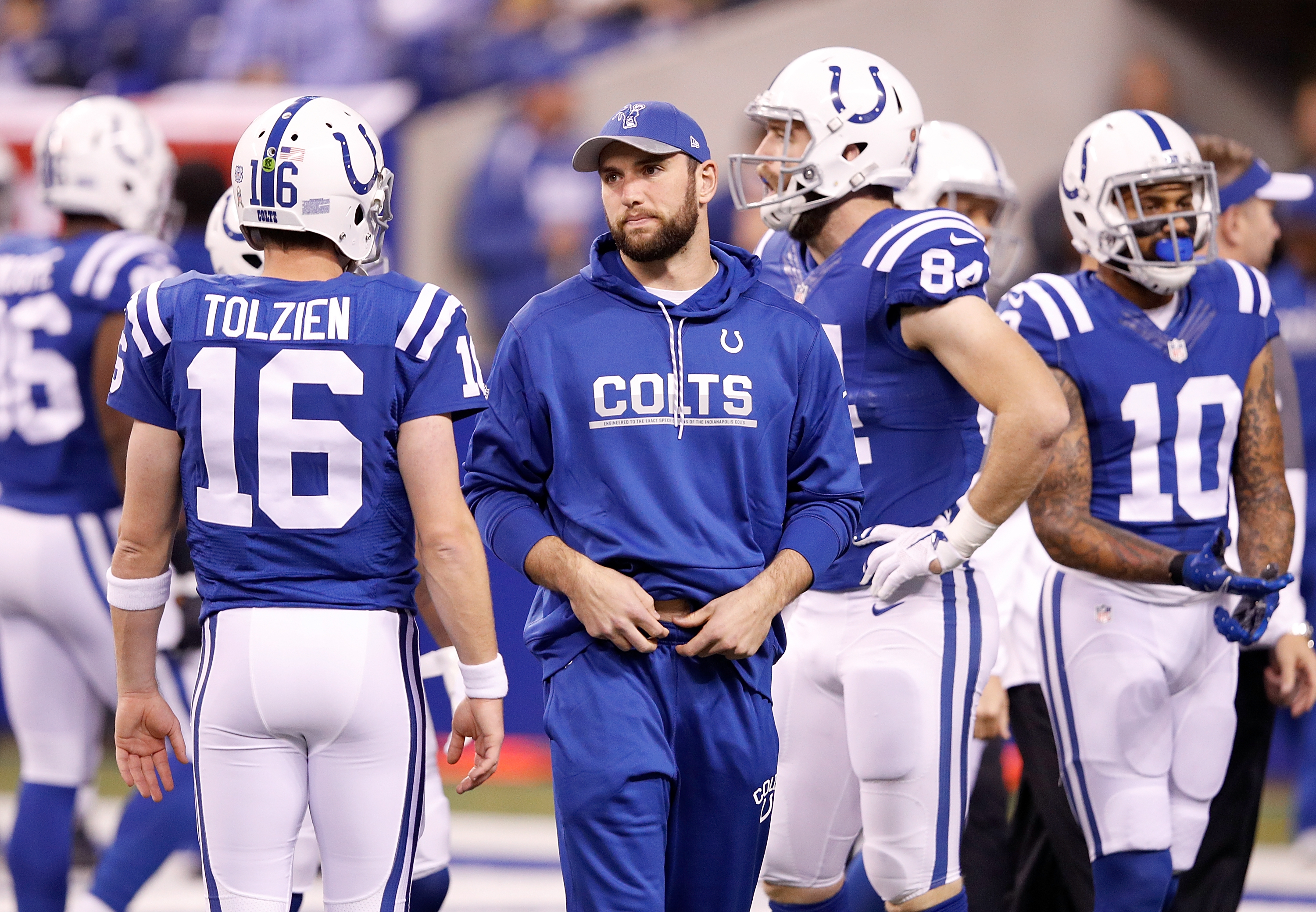 Surprisingly the Colts had a shot at beating the Steelers. Even with a bad Steelers defense the Colts defense proved to be the worst on the field. They were able to stiffen up enough to keep it close but the offense was unable to take advantage of the opportunities that they did have. Jerald has a nice recap of it here if you were unable to (or unwilling to) watch.

The Dropsies are Contagious

The Colts couldn’t catch a cold last night.  T.Y., Moncrief, and Dorsett all had major drops. Two of which would have been touchdowns. “Any time you have an opportunity like that you can’t have it. Those guys know that. You can’t have it. You have to – it just crushes you. If you can’t get off the field and then you have chances to make plays like that and extend drives and score touchdowns, you have to make the plays.” Pagano laments the fact his receivers took the field with bricks for hands. Ironically the one person who has struggled with drops all season, was a reliable target for the quarterback. Dwayne Allen made up for his drops against the Titans with some clutch grabs on 3rd and 4th downs.

Scott Tolzien played well. Even after some shuffling along the offensive line due to injuries and dropped passes he was still able to get the ball where it needed to go more often than not.  The tight ends were the only reliable targets for Tolzien all night.

Even with the drops they were able to move the ball. After sustaining a pair of nice drives that ended in red zone, they were unable to turn those trips into points. Electing to go for it on both drives failed to convert that into any touchdowns. Chuck Pagano knows how important those failed drives were.  “If we punch those in you know the scoreboard is going to look a heck of a lot different than it does right now. It certainly doesn’t guarantee you anything but you are in the ballgame.”

Credit Where it’s Due

I don’t like this coaching staff. I think they need to be replaced. But they put together a good game plan and took the chances they need to win the ballgame. Aside from poor choices in the red zone, they were aggressive yet they gave Tolzien a game plan he could handle. The coaches didn’t completely cost the Colts the game, and that’s more than they’ve been able to do for a lot of the games this season.

Scott Tolzien, unlike other backup quarterbacks the Colts have fielded recently, Tolzien played the best out of all of them. Matt Hasselbeck played heroically in a few games last season in Luck’s absence, but Tolzien seems to be a competent backup. Obviously he is no Andrew Luck, but he played well enough for the Colts to win and that’s about all you can ask of your backup QB especially on a short week, with short notice. If not for the wideouts dropping those key passes, the game would have a very different outlook.

Defensively the Colts seemed to forget the two people who the Steelers count on the most outside of their QB. Wide receiver Antonio Brown and running back La’veon Bell. The first three drives for the Steelers were what was expected. Hot knife(Pitt offense), meet butter(Indy defense). Three drives, three touchdowns. It was about as easy as possible for the Steelers.  The Colts didn’t have a safety overtop trying to slow the run game. When this happend Big Ben was able to take pokes down the field to try to get it to his favorite receiver.  Pagano knows how special Brown is “He is as good a player as there is in the National Football League. He is a dynamic football player and he has been a thorn in our side and a lot of other people’s sides for a long time. One ball he is right there and it is a great throw and catch between the quarterback and the wideout, back shoulder and you are on top just a little bit too much. Great play on their part. Again, what we set out to do a couple weeks ago and take care of a couple game-wreckers, we set out to do the same thing. We understood that we had to make sure that 84 (Antonio Brown) didn’t wreck the game and 26 (Le’Veon Bell) didn’t wreck the game and we just didn’t get the job done. We have to be better.” When Bell got the ball, the Colts were unable to contain him. When they let him get outside, which was often to start the game, he did most of his damage. They were able to slow him somewhat when they forced him back inside.  Pagano had a simple explanation of what went on “We didn’t execute the way that we are capable of and they did.”

It sure seemed like everyone and their mother ended up on the injury list by the end of the night. Obviously Luck and Geathers were already out. Vontae Davis, T.Y. Hilton, Robert Mathis, Ryan Kelly, Denzelle Good all found themselves getting knocked out of the game for the duration.

All quotes courtesy of the Indianapolis Colts PR department