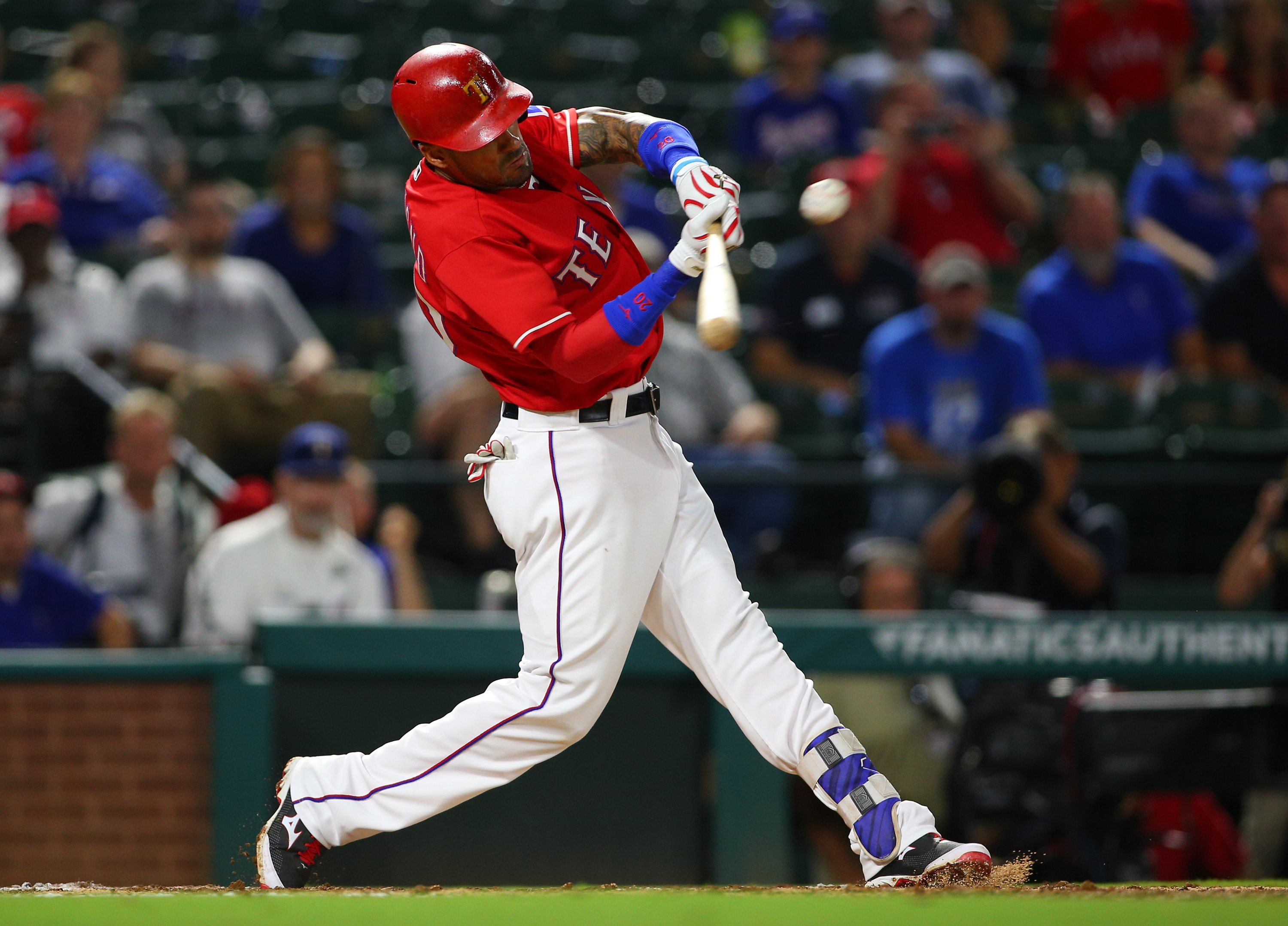 Chances are Ian Desmond regrets a decision or two on the business side of his MLB career. He could be in the midst of a seven-year, $107 million extension with the Washington Nationals, but instead bet on himself and paid for it dearly.

Desmond hit the open market last winter for the first time following a lackluster 2015 campaign, and finding a new home wasn’t easy. Having draft-pick compensation attached to him didn’t help, either.

It got to a point where Desmond, an All-Star shortstop in 2012, settled on a one-year, $8 million at the end of February with the Texas Rangers to play the outfield. You don’t see many shortstops having to do that in advance of their age-30 season to facilitate finding a job.

Unlike the first time, Desmond’s second bet on himself to rebuild value and re-enter free agency the next winter appears to have worked. He turned into the Rangers’ everyday center fielder, hitting .285/.335/.446 with 22 home runs, 21 stolen bases, 86 RBI and 107 runs scored in another All-Star campaign.

A Different Story This Time Around?

Early indications are that Desmond will receive a four-year deal from someone this winter. Obviously, watching his numbers creep back up helps, but his versatility with the glove is probably equally enticing.

It’s rare for clubs to come across a player with 20-homer, 20-steal potential that can play either middle infield position or head to the outfield at the drop of a hat. So, learning how to shag flies (amongst other things, of course) should hypothetically help Desmond have a more robust market than last winter.

The likelihood of a reunion between Texas and their former starting center fielder appeared to increase recently, but now it’s going in the opposite direction.

What Are the Rangers Doing?

As recently as this past weekend, it was reported that talks between Desmond and Texas were “intensifying.” With that dropping on the eve of the Winter Meetings, one could assume a deal was on the horizon.

That’s still possible, but it sure doesn’t seem like it at the moment. Or maybe it was never a real possibility at his perceived asking price.

General manager Jon Daniels and his staff have casted a wide net to fill their hole in center field. That started with Desmond, but it’s now sounding as if Carlos Gomez is the preferred option, depending on the asking price.

Since the initial report surfaced, we’ve also seen others stating the Rangers are interested in exploring alternatives. Two such reports include names like Andrew McCutchen of the Pittsburgh Pirates and Billy Hamilton of the Cincinnati Reds.

The Rangers are casting such a wide net that ESPN’s Buster Olney gave them another option himself:

This is speculation at this point, but makes sense as TEX looks for CF help: The Royals have told other teams they'll listen on Lorenzo Cain

So, what gives? It seemed as if a deal between the two was becoming a reality, but Evan Grant of the Dallas Morning News now says it’s “unlikely” the Rangers will sign a “big ticket” free agent.

A lot can change in a short amount of time, but this could be happening because Desmond is just as risky of a sign this winter as he was last winter.

The Value of a Hot Streak

But then he finally caught fire, which helped fuel his second career All-Star selection.

He was white-hot during this time and became a more integral part of the Rangers’ lineup than many originally anticipated. However, the other months weren’t great.

Including the above April numbers, here’s how he did during 2016 in months that weren’t May or June:

These numbers are closer in line with his statistical decline toward the end of the Nationals tenure instead of that aforementioned two-month tear.

So, which player would the Rangers get if they re-signed Desmond: the one with declining stats or the one with production that somewhat resembles the hot streak we just talked about?

Texas loved having him in the clubhouse, and he did drastically slash his strikeout rate from a career-high 29.2% in ’15 to 23.6%. With most other players in this situation, a team can point to the above table and label it just a bad slump, but that’s harder to do with Desmond because of his recent track record.

There is always pressure on teams – especially playoff contenders – to make the right moves in order to get over the hump the following year. Likewise, there’s always an inherent amount of risk with regard to signing free agents, especially on multi-year commitments.

If Texas didn’t have other viable options, Desmond would probably be their man. However, Daniels and his staff have a lot of alternatives to explore, whether it’s via free agency or the trade market.

The Rangers clearly like Desmond and Desmond likes the Rangers, but if the front office were convinced he was the answer to their center field vacancy, talks would’ve progressed from “intensifying” to something more already.

Now we’ll just have to sit back and wonder if Desmond will have to wait a while before signing his next contract again.