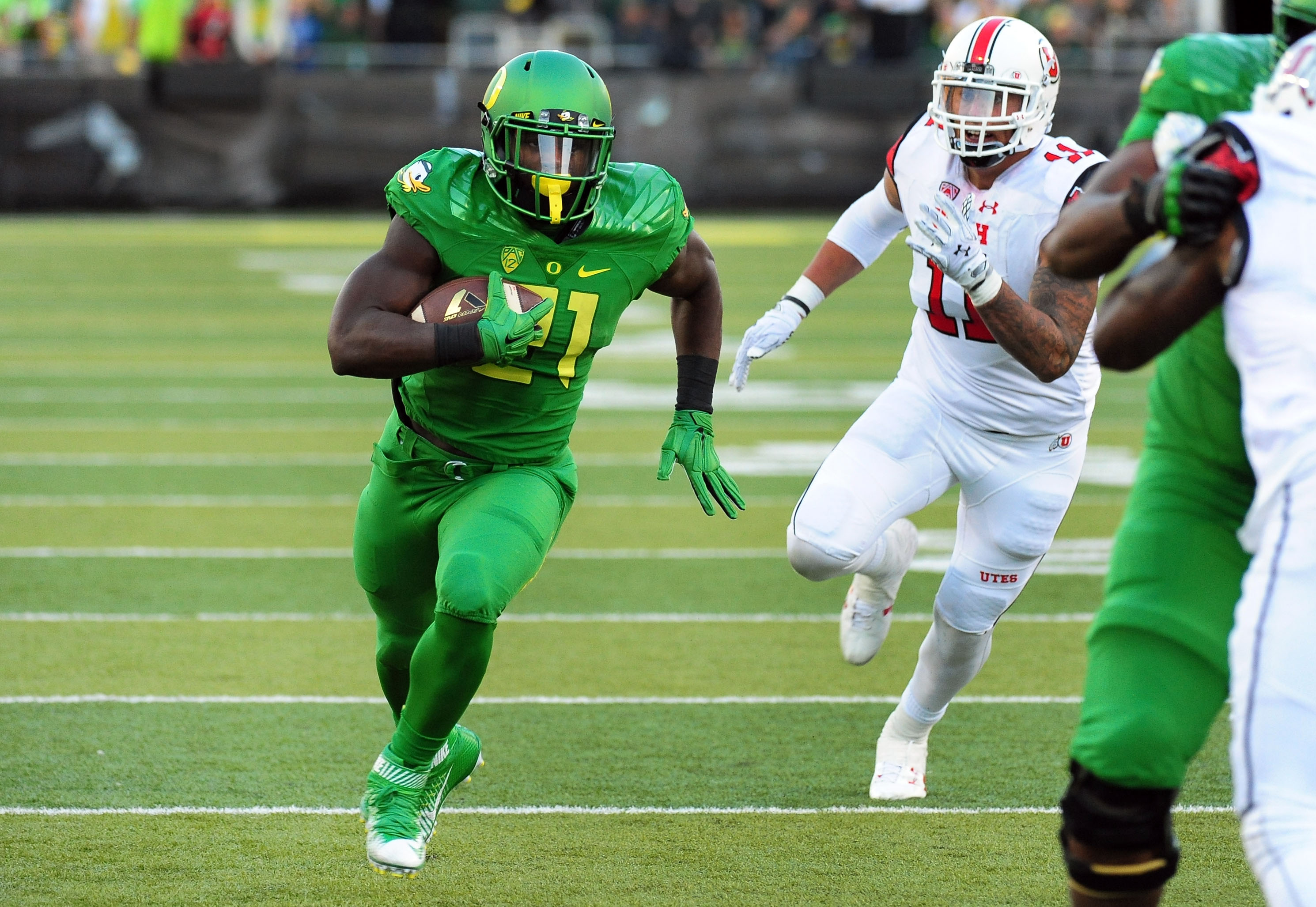 Oregon Ducks running back Royce Freeman has decided to return for his senior season under new head coach Willie Taggart. Freeman has led the Ducks in rushing the past three seasons. In his freshman year, 2014, Freeman ran for 1,365 yards and 18 touchdowns averaging 5.4 yards per carry. In 2015, he outdid himself and averaged 6.5 yards per carry for a total of 1,838 yards and 17 touchdowns. During 2016, Freeman ran for 945 yards and faced a four game stretch where he tallied only 136 yards. However, one bright spot of 2016, was that Freeman, at one point, had 25 missed tackles on 72 touches which made him one of the most elusive running backs in the country.

Oregon head coach Willie Taggart must have convinced Freeman to stay another year instead of bolting for the NFL like a lot of talented college running backs do after their junior year. Freeman could realistically bolster his draft stock into a first round grade after the 2017 season.

Royce freeman to return for senior season: It's so rare to see a star RB not bolting for the NFL.

Great news for the Ducks.