The Return of Fan Friday: Timi Kordylewski, the king of Celtics YouTube highlights 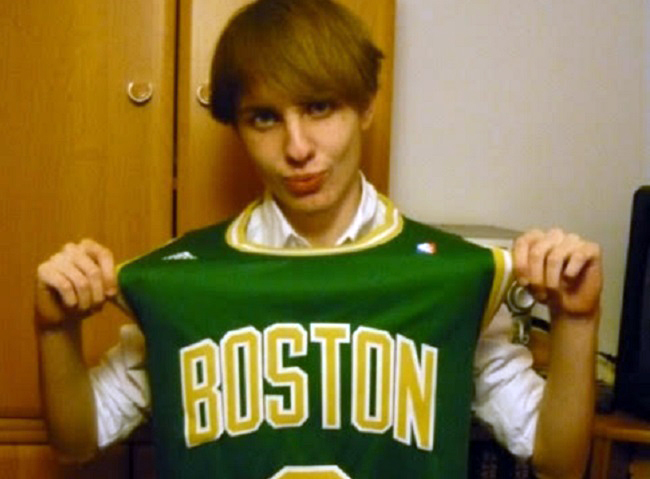 Back by popular demand, today we present a new installment of Red’s Army “Fan Friday.” This weekly feature will introduce you to Celtics fans from all around the globe. If you’d like to nominate someone to be featured – including yourself – please email us at [email protected]. Provide the person’s contact info and some brief details about the fan’s background as a member of Celtics Nation.

Today’s featured fan is 21-year-old Tomasz Kordylewski of Konin, Poland. His Twitter handle is @Timi_093, he’s the editor-in-chief of the Polish-language fan site bostonceltics.pl, and he operates a popular YouTube channel where he posts top-notch Celtics highlights that he compiles. Timi’s videos are regularly featured in Red’s Army posts, and we’re happy to profile him in Fan Friday.

I’ve been following the Celtics since 2008. To be honest, I started just because I didn’t have anything to do. After searching some Polish sites, I found this one about Boston that was locked down because there were no writers. There was also one about the New York Knicks, but I didn’t get response to my e-mail. I didn’t know anything about the Celtics at the time, as the NBA isn’t exactly the most popular sport here in Poland. Back then, Marcin Gortat was still a deep reserve player behind Dwight Howard in Orlando, and I only knew a handful of players like Kobe, LeBron or my favorite, Dirk. I didn’t really know where it would go with me wanting more writing experience than NBA experience.

But from day one, I fell in love with that Celtics team and especially with Rajon Rondo, who quickly became my favorite. My first real playoffs with the Celtics was in 2009 with Kevin Garnett sidelined with a knee injury. Boston faced Chicago in the first round and that seven-game series was easily one of the best I’ve ever watched. And you know, Rondo averaged triple-double numbers and did some incredible things so I really, really got into following him and the Celtics. Rajon Rondo. He’s the one that got me into basketball for real, and I can say for sure I wouldn’t be this basketball maniac if it wasn’t for Rondo. He’s definitely no longer the same player as he once was, but at his best Rondo was the most exciting and fascinating player in the league. It was such a pleasure to watch him — you know, there is like six hours difference between Boston and Poland, so I could say Rondo was the reason I woke up at 1 a.m., just because I wanted to see what was up his sleeve.

In the 2009 playoffs, Rondo was a triple-double beast, and in the 2010 playoffs he was even better! And then, the last run in 2012 and his 44-point performance against Heat… I really thought he could be the next Celtic great but it ended up the way it did so… I am just glad I was able to watch Rondo playing at his peak with Allen, Pierce and Garnett on his side. So many great moments, great memories. And now, Rondo may be gone, but thanks to him I have loved the basketball the way I do and stayed with the Celtics.

I am still running that Polish site about Boston (the biggest one in Poland with a great society of Polish fans) and for some years you can know me as a “highlights guy.” It started with some summer league highlights and I really got into this. Besides, I think I just like helping other Celtics fans, that’s the thing that inspires me with my site and for some time with highlights as well. I know they are helpful and I know that I’d like someone to make them if I couldn’t do it myself, so it just happens that I am this someone. I had the chance to watch the Celtics play in person as they were in Milan back in 2015 for a preseason game. Unreal experience, though I know it’s not the same as being at the Garden. But seeing Thomas and Co. live, getting to the parquet floor at the end of the game, even trying to exchange some words with Mike, Scal or Danny (who, by the way, passed right by me and didn’t hear me asking for a photo because he just spotted Dino Radja) — it was all a great experience that I will never forget.

As for memorable and favorite games, there were so many throughout these past years. I’ve watched pretty much every Celtics game since playoffs 2009, so it’s really hard to choose. Every year, there were BIG games and BIG performances and it’s still the same. I am excited for every game and I expect great things because you just never know when Jeff Green is hitting that buzzer-beater in LeBron James’ face.

What’s fun is also all my interactions with Celtics players on Twitter, which is something big for me just because I am here in Poland and they are thousands of kilometers away. For example, Isaiah Thomas once shared my video of him dunking off the backboard — he did throw it down in Milan just when I started recording the warm-ups! Well, they just became part of my life – the part that excites me, fascinates me, and the one that I have still growing passion for. I don’t really know what I’d be doing with my life if it weren’t for the Celtics. I am actually studying journalism right now, in big part because of the Celtics, and that Polish site I took care of since the end of 2008, when I was 13.

I definitely hope one day I’ll get to see the Celtics at the Garden. It will be like a dream come true for me. The one thing I know for sure is that this passion I have for the Celtics, just like all those great memories they gave me throughout all these years, will never die.

A sample of Timi’s highlights of his all-time favorite, Rajon Rondo:
[youtube https://www.youtube.com/watch?v=-0rpgESvAtE] 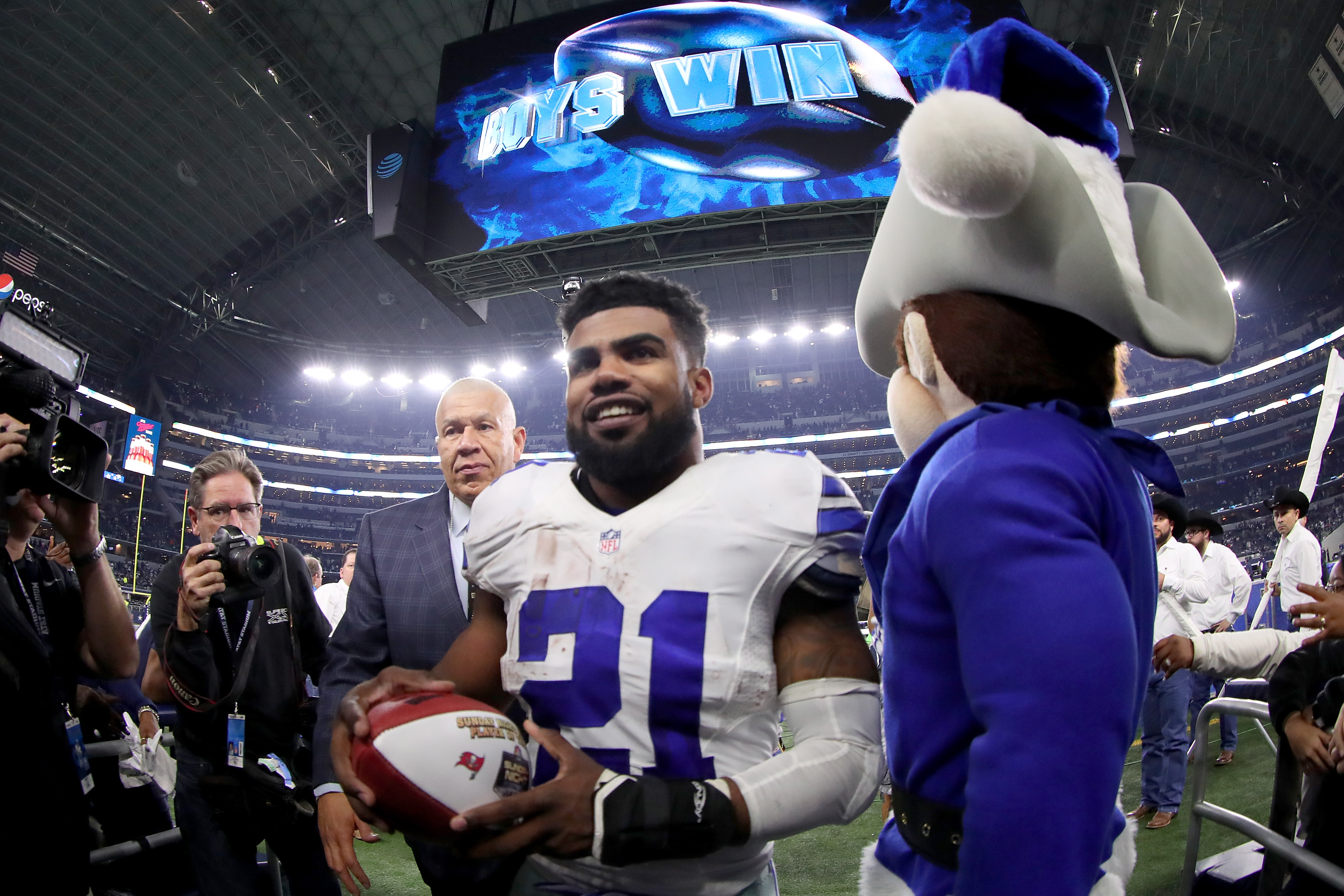 Dallas Cowboys rookie running back Ezekiel Elliott gets the benefit of running behind the best offensive line in the league. The unit can pass protect,...